Into the blue: Reconnecting with our oceans | Environment | All topics from climate change to conservation | DW | 24.09.2019

Into the blue: Reconnecting with our oceans

Both people and the Earth's surface are made up of 70% water. This mythological source of all life, and essential source of human well-being, needs to be reintegrated into our lives if we are to save the planet. 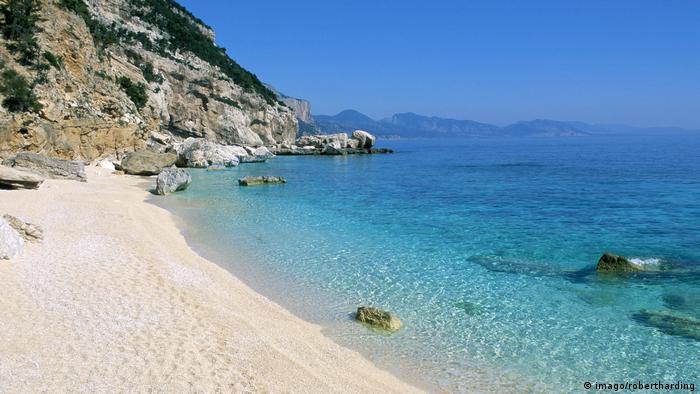 Made up of roughly 70% water, humans have long been awed by the oceans and waterways that also comprise 70% of the Earth's surface.

Many of us want to be near water. We are willing to pay a lot of money to live or holiday directly on the coast. As researchers and psychologists are increasingly finding, we feel more relaxed, more creative and more empathetic when in the vicinity of water.

"All of us have in our veins the exact same percentage of salt in our blood that exists in the ocean, and, therefore, we have salt in our blood, in our sweat, in our tears," former US President John F. Kennedy once said of humanity's symbiotic relation with water.

"We are tied to the ocean. And when we go back to the sea," he continued, "we are going back from whence we came."

The sea around us

Marine biologist and pioneering environment writer Rachel Carsen also waxed about "that great mother of life, the seas." Writing 70 years ago in The Sea Around Us, she was alarmed by our treatment of the ocean. "It is a curious situation that the sea, from which life first arose, should now be threatened by the activities of one form of that life," she wrote.

In the years since, our oceans have continued to suffer from chemical and plastic pollution, overfishing, coastal overdevelopment and erosion, and more recently climate change-induced sea level rises and coral die-offs. In short, there has been a disconnect between us and our watery lifeblood.

Back in 1950, Carsen knew that humanity would come off second best. "The sea, though changed in a sinister way, will continue to exist; the threat is rather to life itself."

Her warning was later echoed by that great chronicler of the oceans, Jacques Cousteau. The sea, he once said, "holds one in its net of wonder forever." And yet, along with the air we breathe, these "essential fluids on which all life depends, have become global garbage cans."

But Cousteau believed that the ocean was also the ultimate solution to this mess. "The sea, the great unifier, is man's only hope. Now, as never before, the old phrase has a literal meaning: we are all in the same boat."

A landmark 2015 book by marine biologist Wallace J. Nichols, Blue Mind, uses studies in neurobiology and cognitive psychology to show how water not only makes us happy, but must be preserved, protected and restored.

"Our wild waters provide vast cognitive, emotional, physical, psychological, social, and spiritual values for people from birth," Nichols writes in his book that is subtitled: The Surprising Science That Shows How Being Near, In, On, or Under Water Can Make You Happier, Healthier, More Connected, and Better at What You Do.

This is partly due to the neurochemicals that he says flood the brain when we connect with water.

H20's tranquilizing effect on the mind is being reinforced by an increasingly diverse field of research. In 2011, a smartphone app called Mappiness began to track the well-being of around 66,000 users in diverse environments.

"On average, the same people are 5.5 points (on a scale of 100) happier when they're in a coastal environment than when they're in the city," George MacKerron, the co-creator of Mappiness and an environmental economics researcher at England's University of Sussex, told DW. 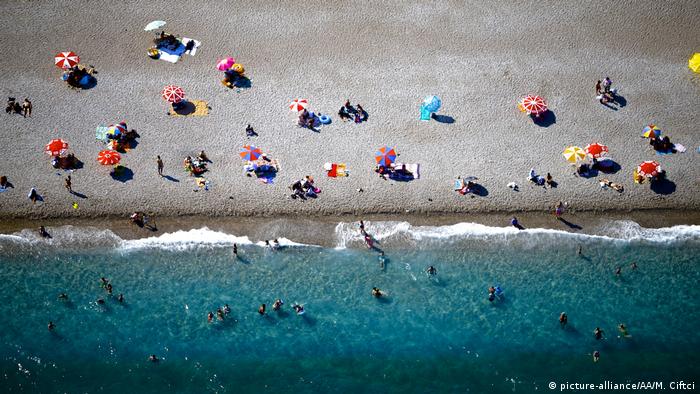 We are happier by the coast

The group's research has shown that those who relocated to the sea showed signs of improved mental health.

Not everyone gets that chance, but Neil Morris, a psychologist at the University of Wolverhampton, has found that even a daily bath can significantly improve "general psychological wellness."

Way back in 2001 he told the British newspaper, the Daily Telegraph that his study of 80 people taking regular baths had shown in "a significant drop in feelings of pessimism about the future and increases in hedonic tone, the internal feeling of pleasurability."

Read more: Aquatic imagery: The power of water in art throughout the ages

Nonetheless, researchers are encouraging the cities where most of us live to foster greater public engagement with aquatic environments.

BlueHealth, for example, has worked with a local council in Plymouth in the UK to regenerate a beach and improve access and facilities; while way east in Estonia, inner city coastlines and canals in the cities of Tartu and Tallinn are being revitalized. These reinspired aquatic zones, among many others, are being monitored by BlueHealth to provide further evidence of water's "beneficial health effects across countries and cultures," Elliot told DW. 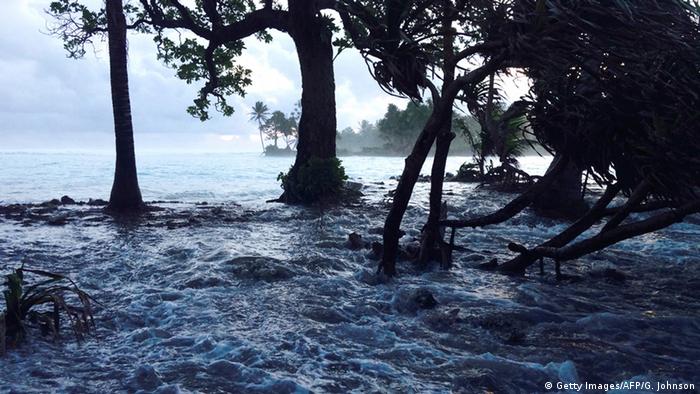 Pacific islands are increasingly facing the wrath of the climate crisis

By illustrating our primordial connection to water, scientists hope that humans will move quickly to address the severe degradation and loss of biodiversity in our ocean ecosystems, as well as the climate-induced sea level rise, storms and hurricanes that already pose threats to our coastlines.

Against that backdrop, Wallace J. Nichols' ongoing "Blue Mind" educational movement addresses the fact that "we don't teach kids about the cognitive, emotional, psychological, social and spiritual health benefits" of aquatic environments. "We leave neuroscience and psychology out of the conversation," he told DW.

Rather than "bombard people with facts," it's time to make the global ocean "relevant to our day-to-day lives," he said.

To this end, Nichols has extended an open invitation to the youngest son of one of the world's best-known climate change deniers, Donald Trump, to join him in the ocean and to enjoy a "blue mind experience."

"I would love to take Barron Trump whale watching in Baja [northwest Mexico]," Nichols said. "We would go out with Mexican fisherman and kiss some whales."

Authorities have been forced to close several beaches in Queensland to remove nests of bluebottle jellyfish. There have been three times as many stinging cases this year as there were last year. (07.01.2019)

The inventions of Jacques-Yves Cousteau

No pioneer has inspired more humans to dive into the underwater world of our oceans than Jacques-Yves Cousteau, who died 20 years ago. In his days, diving equipment was crude stuff. He and his peers changed that. (23.06.2017)

Belize: Life returns to the reef