Picking up trash from riverbeds and beaches has become a popular activity around the world. But do cleanups really help tackle the growing problem of plastic pollution? DW's Brigitte Osterath reports from Honduras. 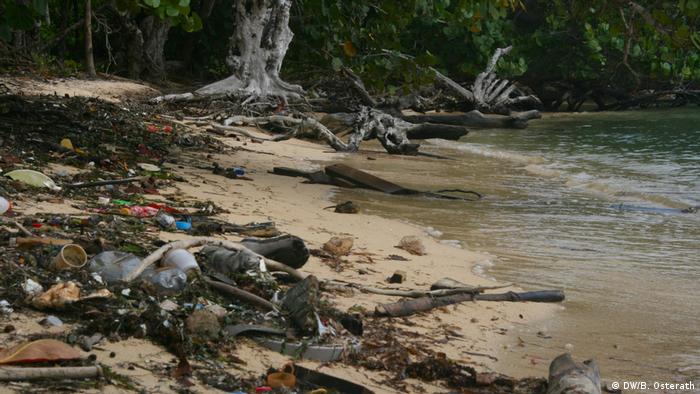 It could be paradise. On the Honduran island of Roatan in the Caribbean, sandy beaches lined with palm trees stretch as far as the eye can see.

But the view is ruined by mounds of trash: Plastic bags and single-use water bottles, old clothes, unloved toys and even plastic chairs.

Marine biologist Laura Leiva of the Alfred Wegener Institute grew up here in Honduras and has witnessed the rising tide of plastic pollution first-hand.

"The last 10  years have seen more plastic [wash up] on the shores here," she told DW. "The only clean places are the tourist resorts because people actively clean them," she says. "Around them, [the beaches are] full of trash. It's so sad."

The trash originates from Roatan itself, neighboring islands and the Central American mainland.

The highly polluted Motagua River, which forms part of Honduras' border with Guatemala, serves as a dumpsite for many communities. Every time it rains, torrents of trash are washed from the river into the ocean.

And from there, it can embark on quite a journey. In October, a British photographer discovered a carpet of plastic garbage floating in the Caribbean. 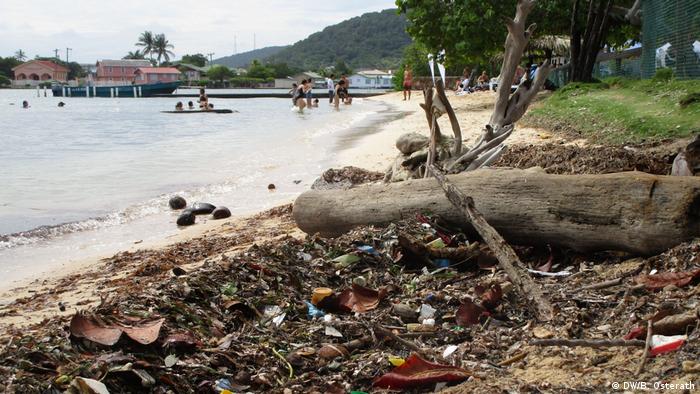 A paradise lost: Huge amounts of trash wash up on the island of Roatan in Honduras

But there is still a tropical idyll somewhere beneath this mountain of waste. And a few hundred people have come together to uncover it.

Cleanups of some of Roatan's most beautiful beaches were organized by Israeli firm SodaStream, as part of a new campaign that ultimately hypes its own products: sodamakers and multiuse plastic bottles.

A cynical person might dismiss the campaign as "greenwashing." But Honduran NGOs have used it as an opportunity to raise awareness of the trash problem among local communities and to get local schools involved.

Mishelle Mejia, a Honduran-born environmental and sustainability consultant based in Israel, has organized a cleanup week on Roatan, and its neighboring islands Utila and Guanaja.

She announces proudly that "2,000 people have signed up for it."

Adults and schoolchildren alike head off with large garbage bags, picking up every scrap of trash they can find until they're full to the brim.

But it's a sisyphean task — the waves will soon deliver more trash to the shore and the results of the volunteers' hard work will all but disappear. 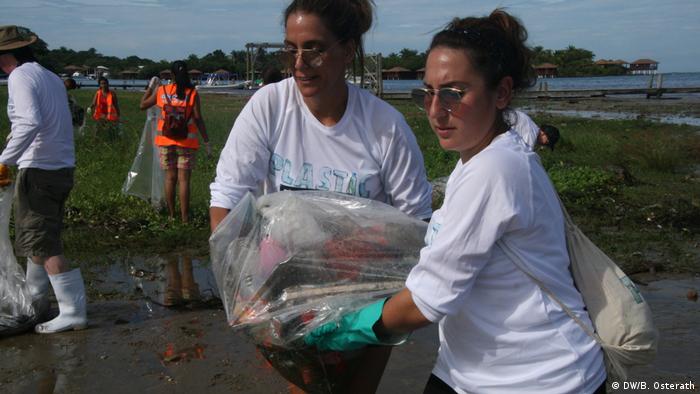 The reality is, organized cleanups only remove a very small proportion of the trash that's out there.

Researchers estimate that approximately 5 to 13 million tons of plastic end up in the oceans every year. Most of it eventually sinks to the ocean floor and never makes it onto the beaches.

A study into similar cleanups in Cyprus revealed they have a limited effect — in particular, people often miss things like small plastics and cigarette butts.

Still, some experts say it's better than doing nothing.

Picking up plastic will still prevent those particular pieces "from entangling animals and ending up in the bellies of seabirds," Jan Andries van Franeker, an ecologist at Wageningen University and Research, told DW.

"Moreover, the pieces you do pick up can't break up further into micro and nanoplastics which have their own nasty effects on the environment," he explains.

And marine biologist Laura Leiva thinks these cleanups are as important for the impact they have in our heads as that which they have on the environment.

"It makes people think about plastic trash," she says. "By changing the way they perceive it, we will make a difference."

Psychologists are unsure how — or if — these cleanups really change the way people see and interact with the environment.

"We know that people often feel helpless in the face of environmental problems, so having [this] experience [and feeling like] you can make a difference is probably a good thing and may lead to further change," Sabine Pahl, an associate professor in psychology at Plymouth University, told DW.

It could trigger what psychologists call the behavioral spillover effect: If you participate in a cleanup, you might be more willing to engage in other environmental activities, too.

Or maybe not. "On the other hand, there is also the risk of thinking 'I've done enough'," Pahl adds.

In other words, people might feel they've done their bit for the environment and continue with their unsustainable lifestyle just as before. 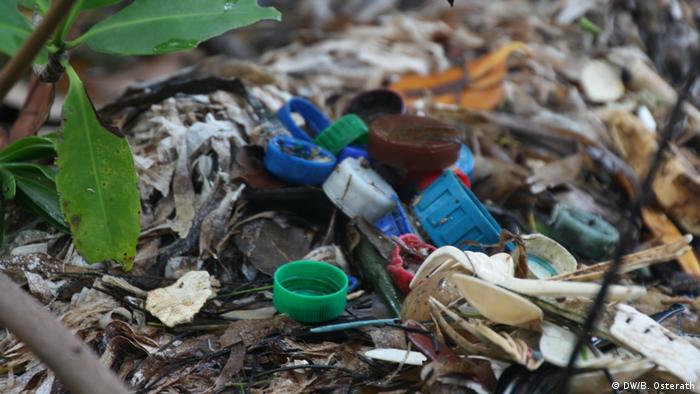 "Just picking up trash is pretty useless," says the director of the Plastic Soup Foundation, Maria Westerbos. The Dutch NGO works to raise awareness of the environmental and health dangers of plastic waste in our oceans.

Westerbos has come to Roatan for the cleanup, but she doesn't actively participate. Instead, she watches on from the sidelines.

"A cleanup only makes sense when people take photos of everything they find — so we can investigate where it's coming from," she told DW.

According to Westerbos, the only way to really make a difference is to stop plastics from entering the ocean in the first place by stemming the flow at its source.

This can only be achieved when plastic producers are held to account, she says.

Westerbos thinks a corporate tax should be imposed on all products which contain plastic. This money could then be used to help develop alternatives that decompose naturally. 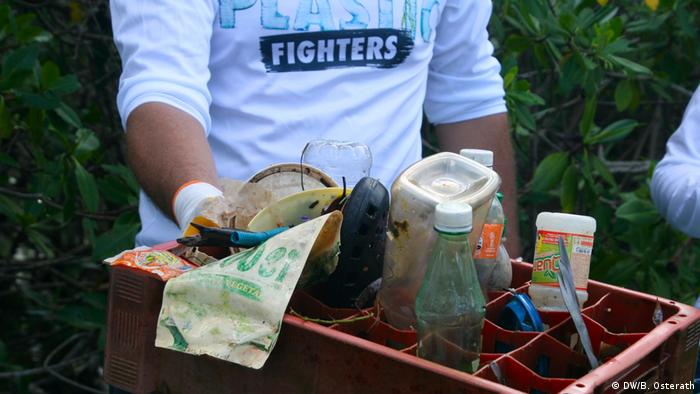 We probably won't make a difference as individuals — but does that mean we should stop trying?

"One million plastic cups are used on US domestic flights alone — every six hours — those numbers are far beyond what we can even comprehend," he says.

Jordan believes the problem of plastic pollution has grown so large that no individual person can make a real difference.

"It's a systemic problem with a thousand different causes and they all need to be addressed as a system," he says. "Telling individual people that they can make a difference is a lie. And we all sort of induce each other to live in that lie so that we don't have to make the deeper changes that we're afraid of."

So should we just let the trash pile up on our beaches?

Absolutely not, insists Jordan. Instead, it's more important to remain realistic about what we set out to achieve.

"I think it's a real mistake to pretend we're saving the world with a cleanup," says Jordan. "But we should clean up beaches just because it's the right thing to do."

The remote Pacific island awash with our plastic trash

Researchers have found 37.7 million pieces of trash on the beaches of a tiny uninhabited island in the middle of the Pacific Ocean. Almost all of the garbage they found on Henderson Island was made from plastic. (16.05.2017)