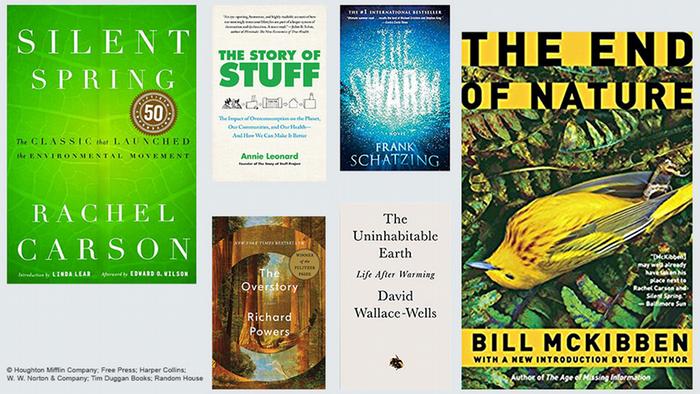 From Rachel Carsen's seminal literary depiction of a poisoned world in the early 1960s, Silent Spring, to David Wallace-Wells' profound climate crisis treatise, The Uninhabitable Planet (2019), here are six essential cautionary eco tales and nonfiction environmental books to be enjoyed in the shade of what is shaping up to be another scorching European summer.

Born in 1907, Rachel Carsen was raised in a pristine farming region on the Allegheny River in Pennsylvania. The locality was perhaps the inspiration for the fictional town that she describes in her early classic of environmental writing, Silent Spring, a place with lush forests, diverse birdlife, copious farm animals, wild berries and fish-laden streams. But soon a "strange blight crept over the area and everything began to change." The cattle and sheep die. The land withers. Sickness spreads among the people. Few birds live anymore among the "strange stillness" and the "shadow of death." The culprit: Chemical pesticides. 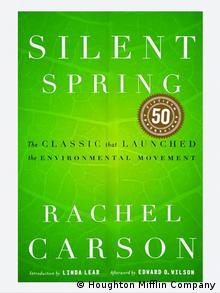 The town was not real but had a "thousand counterparts in America or elsewhere in the world," explained the marine biologist turned writer. Also serialized in the The New Yorker, the book caused a storm on publication, with chemical giants like Dupont trying to have it banned. Carson herself died from cancer less than two years later. But her words are said to have helped inspire the founding of the Environment Protection Authority (EPA) in the US, and a global environment movement. 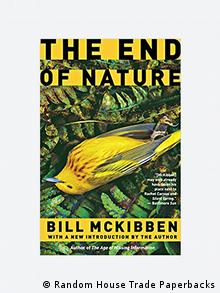 McKibben noted that carbon dioxide levels in the atmosphere had risen 10 percent in the 30 years preceding the book's publication — the CO2 increase has almost doubled in the same time period since. While critics accused McKibben — who went on to found the climate crisis group, 350.org — of alarmism, his impassioned plea for radical change remains a groundbreaking work that argues for a fundamental philosophical shift in the way we relate to nature.

This international bestselling eco-thriller was one of the first novels to sound a climate catastrophe warning. German author Frank Schätzing paints an apocalyptic scenario in which the North Sea shelf collapses, causing a tsunami that kills millions in Europe. But all over the world, the novel's diverse characters and subplots fall victim to the ocean's devastating revenge as the Gulf Stream stops flowing and a climate disaster beckons. 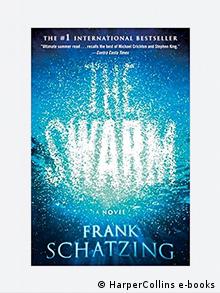 From a marine scientist witnessing humpback whales attacking and capsizing boats before killing those sent overboard, and a pandemic of shark and poisonous jellyfish attacks, to the US General charged with putting down a mass death-inducing "swarm" of pfiesteria-infested crabs that attack New York City and beyond, this epic 1,000-page novel serves as a cautionary tale in which nature fights back violently against the cause of environmental destruction: Humankind.

The Story of Stuff: The Impact of Overconsumption on the Planet, Our Communities, and Our Health-And How We Can Make It Better (2011) - Annie Leonard

Three to five planet earths would be needed if all the world's inhabitants consumed like citizens in the US. This is the premise of The Story of Stuff, a landmark book that grew out of a celebrated online documentary exploring the threat of overconsumption and "how our obsession with stuff is trashing the planet, our communities, and our health." Also offering a "vision for change" based on sharing and reduced consumption, the eco explainer describes why just 5 percent of the global population consumes 30 percent of the world's resources and creates 30 percent of the waste, and how people can be galvanized to create a more sustainable future.

Annie Leonard further exposes the places our "stuff" is dumped around the world, the exploited textile workers in Haiti who produce it, the children mining coltan for cell phones in the Congo. She describes the tiny, toxic plastic particles we breathe, drink in our water and ultimately "absorb from our stuff." This classic exposé has become a movement that continues to raise consciousness about overconsumption. 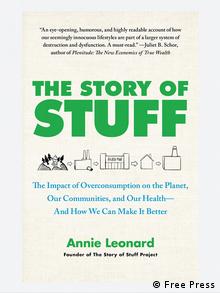 This sweeping novel details the lives of nine Americans whose special connection to trees bring them together to combat the destruction of old growth forests. The winner of the 2019 Pulitzer Prize in Fiction, which was also shortlisted for the 2018 Man Booker Prize, is a vast contemporary fable of environmental activism and commitment to preserving the last vestiges of pristine wilderness. The interlocking stories stretch from mid-nineteenth century New York to the late twentieth-century Timber Wars of the northwest Pacific coast, but each character is connected by the spectre of an ongoing environmental catastrophe. 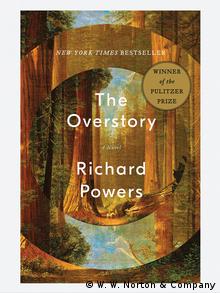 The Overstory also contrasts this human-made scenario with descriptions of the symbiotic relationship between trees in forests communities — perhaps inspired by the fact that the author lives deep in the Great Smoky Mountains. The ancient redwoods and cedars that have coexisted for centuries are the true heroes of a story that, according to the Washington Post, "remakes the landscape of environmental fiction." 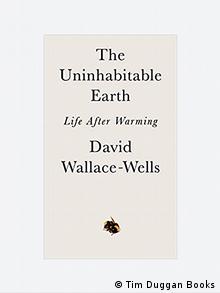 "The slowness of climate change is a fairy tale, perhaps as pernicious as the one that says it isn't happening at all," begins Wallace-Wells' essential study of life on a warming planet. The author describes a mass extinction that could include humankind, and destroys the myth that "wealth can be a shield against the ravages of warming;" or that we can "engineer our way out of environmental disaster." He also cogently explains that half of the CO2 generated by humans throughout history has occurred since the Seinfeld TV series premiered.

But he offers a grain of hope. "If the planet was brought to the brink of climate catastrophe within the lifetime of a single generation, the responsibility to avoid it belongs with a single generation, too." The Uninhabitable Earth is a touchstone for those young Fridays for Future and New Green Deal climate activists who are committed, like no generation before, to averting that catastrophe.

McKibben: We need action to match the scale of the problem

Bill McKibben is a veteran of climate action and a leading voice for civil society movements to protect the planet. Ahead of COP23, DW asked him what we can do to avert catastrophe. (09.11.2017)

McKibben: 'We have to be fast in the race against climate change'

As the climate conference gets underway in Marrakesh and America selects its new president, DW catches up with Bill McKibben - co-founder of climate campaign group 350.org - on the politics of climate change. (06.11.2016)