Hambach Forest is sacred ground. It must be left standing as a monument to our folly — and our ability to shift course and do the right thing, says author and environmental activist Bill McKibben. 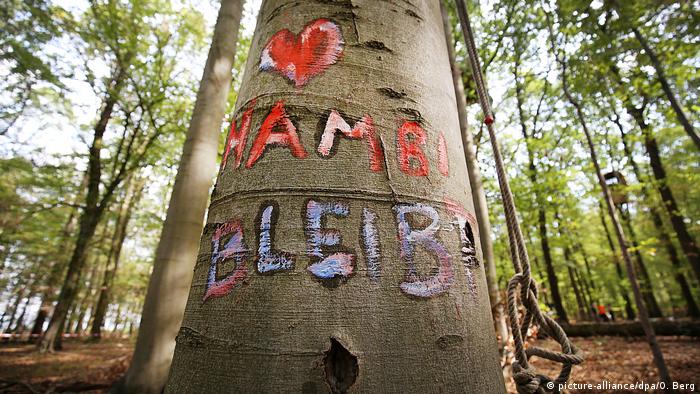 The activists who have been occupying the remaining hectares of Germany's Hambach Forest, it seems to me, are asking a similar question that should shake consciences in our time. What will be the last pieces of European nature destroyed in pursuit of what we now recognize to be a monumental error — in this case not a colonial war, but the pursuit of cheap energy even at the cost of destroying the planet's climate?

It's a question that can be asked around the world — many of us have engaged in civil disobedience trying to ask it in connection with Canada's tar sands and America's coalfields. Pacific Islanders have used traditional canoes to blockade Australia's coalfields, which are the largest in the world. 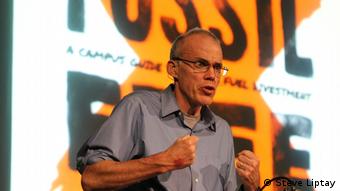 Bill McKibben is an author and environmental activist

But in Europe, where large-scale exploitation of fossil fuels got their start centuries ago, it's the brave tree-sitters of Hambach who are asking this question in its most poignant form.

Their adversary, RWE, a utility company, is the continent's largest carbon emitter. North Rhine-Westphalia, where the forest sits, spews more greenhouse gases than any other part of Germany. It is, for Germans, the heart of the fossil fuel beast.

And 2018 is very near the end of this particular war — or, at least, we're at the point where its hideousness is clearly visible.

In the last few weeks we've seen the biggest rainstorm in the history of the East Coast of the United States, and another in a chain of devastating typhoons to hit the Philippines. Each day brings a new report on the death of coral reefs or of record drought gripping some new region.

The carbon stuck in the ground beneath that swath of forest will just add to the toll of carnage, making it that much harder for those who come after us.

Taking down this patch of trees won't just mean that no lilies of the valley will carpet the forest floor ever again; it will increase the strain on every forest on earth, because that carbon means more heat, which means more pests, more droughts, more giant fires.

It's always difficult to shut down a way of doing business, even when we've begun to realize the stakes. You get used to doing something and you don't want to stop, because this is the way you know.

RWE has machinery in the neighborhood — they've already mined beneath most of this 12,000-year-old forest. To them it must seem as if all they want is one more small chunk — how much harm could it do?

It's the same logic that keeps Canada's progressive prime minister busy digging up the tar sands of Alberta. But activists have managed to block his new pipeline, and activists in Germany have won a court victory that has put any further clearance on hold. They are giving Germany a chance to take a stand on this piece of forest. And in so doing, they're offering corporate executives and government leaders a chance to salvage some of their reputation.

Monuments to our folly

John Kerry — who, it should be noted, would one day rise to become US secretary of state and help to negotiate the Paris climate accords — ended his Vietnam speech with these words by excoriating the leaders who couldn't bring themselves to put an end to the war: "These men have left all the casualties and retreated behind a pious shield of public rectitude. They've left the real stuff of their reputations bleaching behind them in the sun."

That sun has grown hotter in the last decades, thanks to all the coal and gas and oil we've burned. It's not too much to ask that the carnage stop here and now — to understand that the small strip of Hambach Forest still standing should be left as a monument to our folly — but also to our ability to shift course and do the right thing.

In this most important war for the planet's future, it's clearly sacred ground.

Bill McKibben is Schumann Distinguished Scholar in environmental studies at Middlebury College in Vermont, co-founder of the global climate campaign 350.org, and author of the forthcoming book Falter: Has the Human Game Begun to Play Itself Out?

Scholz: Germans must 'stick together' over cost of living crisis 22m ago

European flights canceled and delayed amid ongoing strikes 3h ago