Major changes to diet and farming are needed to allow the Earth to keep feeding the global population. The study's lead author told DW there's "little chance of staying within environmental limits" if no action is taken. 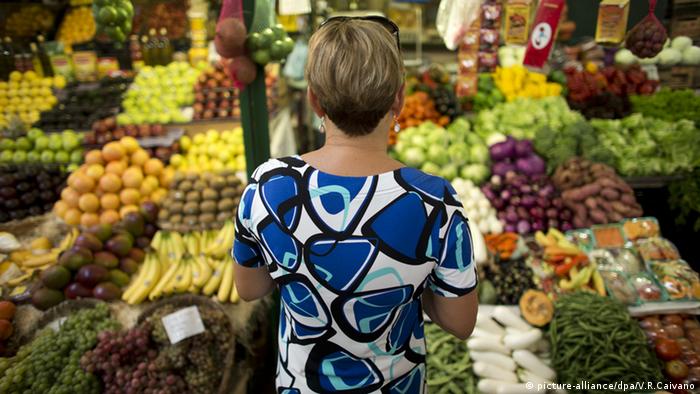 A plant-based diet, improved farming practices, and reduced food waste are needed to keep the negative environmental effects of the food system within the Earth's limits, according to a new study in the journal Nature.

The study found that between 2010 and 2050, due to expected changes in population and income levels, the environmental effects of the food system could increase by 50–90 percent if action is not taken.

These levels would be "beyond the planetary boundaries that define a safe operating space for humanity," the study said.

"If socioeconomic changes towards Western consumption patterns continue, the environmental pressures of the food system are likely to intensify, and humanity might soon approach the planetary boundaries for global freshwater use, change in land use, and ocean acidification," the study found.

In addition to those boundaries, "ecosystems could be at risk of being destabilized and losing the regulation functions on which populations depend."

In terms of food waste, it is currently estimated that more than a third of all food that is produced is lost before it reaches the market, or is wasted by households, according to the study, which was funded by Scandinavian food system think tank EAT.

Plant-based diets a must

That diet would include plenty of vegetables, fruits, legumes and nuts, and could also include small amounts of animal products, but should have less than one portion of red meat — beef and pork — per week.

Springmann, a senior researcher at the Oxford Martin Programme on the Future of Food, told DW that animal products have greater environmental impacts, particularly on climate change, because animals need to be fed large amounts of feed that require environmental resources in the production process.

He said cows need to be fed 10 kilograms of feed on average to gain 1 kilogram of body weight. For pigs, that ratio is about 6, and for chickens 3-4. Cows also produce methane, a powerful greenhouse gas, during their digestion process.

Some farming practices can lead to negative environmental impacts, the study found. This includes excess fertilizer finding its way into river systems and oceans, where it can lead to oxygen-depleted dead zones, while other farming practices might make inefficient use of water resources, said Springmann.

"When taken together, we find that improvements in farming practices and technologies can lead to large reductions in the environmental impacts of the food system," Springmann said. These "are required, together with dietary changes towards more plant-based diets and reductions in food loss and waste, to stay within environmental limits," he added.

The study comes just after the Intergovernmental Panel on Climate Change (IPCC) released a report outlining what we need to do to keep global warming below 2 degrees Celsius (3.6 degrees Fahrenheit).

The 2015 Paris Agreement saw the world agree to keep global warming less than 2 degrees Celsius above pre-industrial levels, and preferably below 1.5 degrees Celsius.

But the report found that the difference between those two numbers was significant and could potentially save hundreds of millions of people from poverty.

Now showing at Berlin's Altes Museum, Meat presents depictions of flesh in contemporary and ancient art that reveal an ongoing conflict between the living and the dead in human culture. (01.06.2018)