While many countries have condemned Russia’s actions in the ongoing Crimea crisis, India is the only Asian power that has backed Moscow. In light of this development, DW takes a look at Indo-Russian ties. 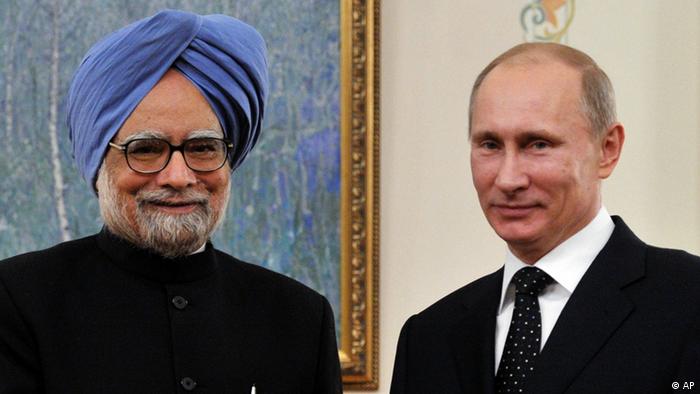 Since Russia's annexation of Crimea last month, a lot of international attention has been focused on China's response to Moscow's actions. Although Beijing abstained from voting on Western-backed resolutions condemning the territory's secession from Ukraine - both at the United Nations Security Council (UNSC) and at the General Assembly - it reiterated its support for "the sovereignty and territorial integrity of all states" and refrained from explicitly backing Russia.

Another country which abstained from voting on the UN General Assembly's resolution was China's giant neighbor to the South, India. The country has been the only major Asian power to have defended Moscow so far, with government officials opposing Western attempts at imposing sanctions against Moscow and recently declaring that Russia had "legitimate interests" in Ukraine.

Ravi Neelakantan, a former diplomat and senior fellow at the Bangalore-based Center for Public Policy, explains that New Delhi's close and unparalleled political and military ties with Moscow, dating back to the Soviet-era, are widely regarded as the main reason for India's reluctance to take an anti-Russian stance.

Jafri told DW that Russia has also "supported India's increased role in global affairs" by backing New Delhi's bid for a permanent seat at the UNSC and for membership in other international agencies such as the Nuclear Suppliers Group, a multinational body charged with reducing nuclear proliferation.

Furthermore, as Tanvi Madan, an expert on Indian politics at the Washington-based Brookings Institution, points out, Moscow's willingness at times to use its veto in the UNSC for Indian interests adds more value to the bilateral relationship. 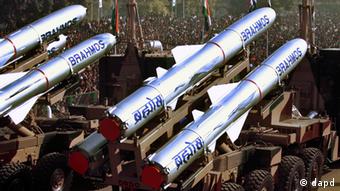 In the meantime, Russia continues to be India's largest supplier of arms since Soviet times. Weapons from Moscow accounted for around 75 percent of total Indian arms imports between 2009 and 2013, according to data published by the Sweden-based think-tank Stockholm International Peace Research Institute (SIPRI). In 2013 alone, India's import of Russian armaments amounted to some 4.8 billion USD.

Bilateral military cooperation between the two long-term partners has also included joint development of aircraft and missiles, such as the supersonic BrahMos cruise missile and the fifth generation fighter aircraft (FGFA). Russia is also one of only two countries in the world holding annual ministerial-level defense reviews with India.

Since the 1950s, defense has been "a key area of cooperation between India and Russia," said political expert Jafri, adding that this cooperation has gradually transformed "from a buyer-seller relationship to joint research and development of defense technologies and equipment."

Opinion: Russia gets the boot - now what?

Western industrialized nations have shown Russia the door in what many view as a diplomatic victory for US President Barack Obama. But DW's Bernd Riegert asks: what should happen next? (25.03.2014)

Chinese President Xi Jinping is set to visit Germany on March 28-29 as part of his 11-day Europe tour. But instead of economic issues, security is expected to be high on the agenda given recent developments in Ukraine. (27.03.2014)

Deep ties also permeate other areas such as space exploration and energy. In 2009, both nations signed a civilian nuclear agreement aimed at securing the transfer of reactor technologies and unhindered supplies of uranium fuel to India. Russia is also providing assistance to the South Asian nation in the construction of new atomic power plants.

Political analyst Jafri explains that while Russian investments in India encompass areas such as nuclear energy and telecommunications, Indian companies have invested heavily in Russian hydrocarbons and are involved in the joint exploration and extraction of oil and gas.

Indeed, according to government data, total Indian investments in Russia by the end of 2011 are estimated to be about 6.5 billion USD, the bulk of which is in the energy sector. Although bilateral trade has remained modest and stood at some 11 billion USD in 2012, both governments have been examining the possibility of negotiating a comprehensive free trade agreement between India and the customs union of Russia, Kazakhstan and Belarus in an attempt to boost commerce to some 20 billion USD by 2015.

Against the backdrop of such expansive and multifaceted relationship, Jafri believes New Delhi is currently not in the position to offend Moscow and has therefore decided to side with Russia and support its moves in Ukraine. The fact that India abstained at the UN General Assembly is viewed by experts as part of New Delhi's delicate balancing act between Russia and the West.

In doing so, India has found itself in the company of other so-called emerging powers such as Brazil and South Africa who have avoided taking an anti-Russian stance. 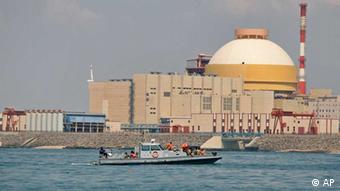 India's response to the whole Ukraine crisis did not go unnoticed in the Kremlin and President Vladimir Putin thanked New Delhi for its "restrained and objective" stance on the issue. Analysts believe the relations between the two countries might intensify in light of Western sanctions as Russia looks to diversify its energy markets and expand its hydrocarbon exports to Asia.

In a sign of future developments in the bilateral partnership, Igor Sechin, the head of Rosneft, Russia's biggest oil company, led a delegation to India on March 24, offering to supply vast amounts of oil and gas. Sechin was quoted by Indian news agency PTI as saying: "India is a very important country for Russia…. And we want to expand our cooperation."