Russia is seeking to expand traditional ties with leftist Latin American states as part of renewed global-power ambitions, but reactions in Nicaragua, Cuba and Venezuela have been cautious. 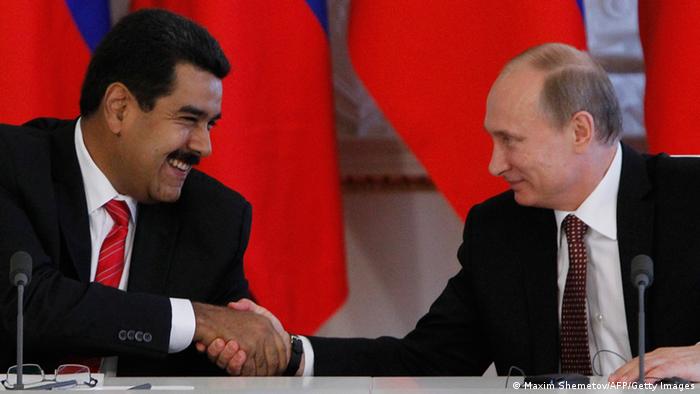 In Venezuela, one of Russia's allies harking back to Soviet times, President Nicolas Maduro left no one in any doubt of his allegiance and support on Crimea while criticizing EU and US sanctions. "They want to surround Russia to weaken it, to crush it, to destroy it," he said in his weekly radio address last Wednesday.

While that is a clear endorsement of Russian President Vladimir Putin's actions in Crimea as well as the usual anti-US and Western rhetoric, Venezuela is less enamored with Russia's plans to extend its naval presence in Latin America by getting access to ports in the region. Foreign Minister Elias Jaua said that having a foreign military base in the country was against the constitution. 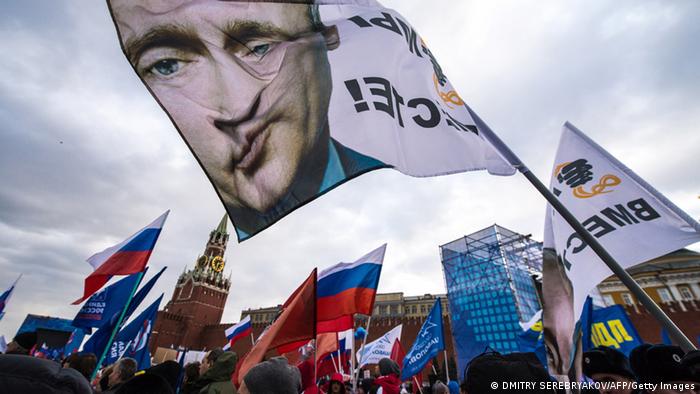 The reaction from Nicaragua's army chief, Julio Aviles, was similar - he said the plans were just "speculation," and that the constitution would only allow foreign access for humanitarian or training purposes.

There was little reaction from the Cuban government even after a Russian warship docked in Havana's harbor on February 27, a day after Russia's defense ministry announced plans to expand the country's worldwide military presence, in Latin America as well as North Africa and Asia.

"There's been a silence in some countries that speaks for itself," Claudia Detsch from Germany's Friedrich-Ebert Foundation in Argentina, told DW. "There is a certain uneasiness in the region and many see this as an imperial act by Russia."

Russia is seeking access to ports, and in some cases, air bases for refueling purposes - part of a military modernization program to demonstrate Russia's global reach.

"If you look at Putin's speech from [last] Tuesday, he made it clear that Russia can't be ruled except as an empire. What they're looking for in Latin America is great-power influence, they have never forsaken that quest," Blank, who has also taught at military colleges in the US, believes. 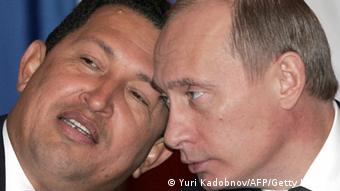 As thick as thieves: Chavez and Putin

'Act of provocation' against US

The fact that Moscow reiterated plans to seek access to the ports of its traditional allies in the region in the midst of the conflict in Crimea, "is, I think, clearly to do with Ukraine," Detsch says, adding that Russia is trying to "nudge out," or at least bother, the US close to home.

"It's first and foremost an act of provocation, directed at the US. But Russia is now also demanding a return on its engagement in the region, which in the past included food aid and weapons being delivered to those countries," she told DW. It can also be seen as a response to NATO's efforts to strengthen its presence in Eastern European member nations close to Russia's borders.

"There's no doubt that Moscow is dead serious about seeking naval bases and port access in Latin America," says Blank. He says the move is aimed at destabilizing the area, with Moscow exploiting traditional anti-US sentiment in many Latin American countries.

Blank says the tepid responses in the region are just a "negotiating tactic" and that "the Russians bring a lot of money, influence and power to the table, so whatever the initial responses, it's not the final word." And while Latin America is not the most important region for Russia's great-power ambitions, Russia sees a "real opportunity here and at low cost." 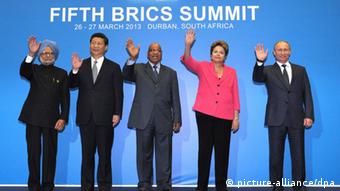 Brazil and Russia cooperate in the BRICS forum

Arms sales and energy are Russia's trump cards in the region. While exporting gas to the region would be a logistical nightmare, "Russia is going to develop and take equity ownership [in energy companies]...most of Venezuela's oil, for example, goes to the US, so the Russians would then be owners of some of that oil, they think they can gain leverage on American economics," says Blank.

Since 2001, Russia has made efforts to revive its ties with former Soviet allies in the region as well as regional heavyweights Brazil and Argentina. Sealing multi-billion-dollar arms deals, bringing in Russian energy expertise and holding joint military maneuvers with Venezuela and other countries in the region have made Russia a force to be reckoned with.

The latest developments in Ukraine leave those countries in a quandary. Detsch says Latin American states are usually in favor of non-intervention and not meddling in other countries' affairs. "We saw that in their responses to the crises in Libya and Syria, they were against intervention." Similarly, reporting on Crimea there has been largely neutral, emphasizing the need for a political solution.

But, she agrees that cooperation with Russia, remains important, leading to a somewhat conflicted relationship. Brazil, for example, has said it wants to continue working with Russia in the BRICS (Brazil, Russia, India, China and South Africa) forum, while emphasizing the need for dialogue on Crimea.

Ultimately, though, Russia is determined to stay in the region and the countries there "get a lot of benefits…from their association with Russia and since they are temperamentally and ideologically disposed toward anti-Americanism, they will ride the Russian - and the Chinese horse for that matter - as long as there is a pot of gold at the end of the finish line," Blank says.

And it certainly seems like no one is stopping Russia, as both the US and the EU have neglected Latin America in the past decade, if not longer. 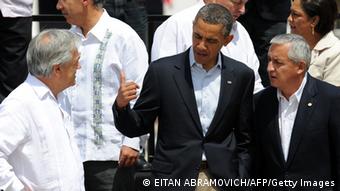 Take a hike: Latin America feels neglected by the US

Barack Obama's time in office has been a great disappointment for Latin America, so "at the moment, there is no concept, even a speechlessness between the US and Latin America," Detsch says. The Cold-War mindset is still alive and well on both sides, she says.

"There's a historic tradition now, it's not just Obama but [George W.] Bush too, to neglect Latin America or take it for granted, that creates a vacuum and the Russians are filling it."

Russia is "feathering its nest," Blank says. After the fall of the iron curtain, many believed Russia would fall into place and slot into a new, Western world order. But, Blank says, "Ukraine proves that Russia does not want to be integrated, it wants to restore the empire and it wants a totally free hand."

For the past month students have been protesting against the government in Venezuela. It has resorted to violence in an attempt to stop them, but President Nicolas Maduro's days seem to be numbered. (16.03.2014)

The long-awaited EU-Latin America Summit in Chile has come to an end. But despite the EU's hopes to finally sign a free trade agreement, little was achieved. Still, there were some small successes. (28.01.2013)