The long-awaited EU-Latin America Summit in Chile has come to an end. But despite the EU's hopes to finally sign a free trade agreement, little was achieved. Still, there were some small successes. 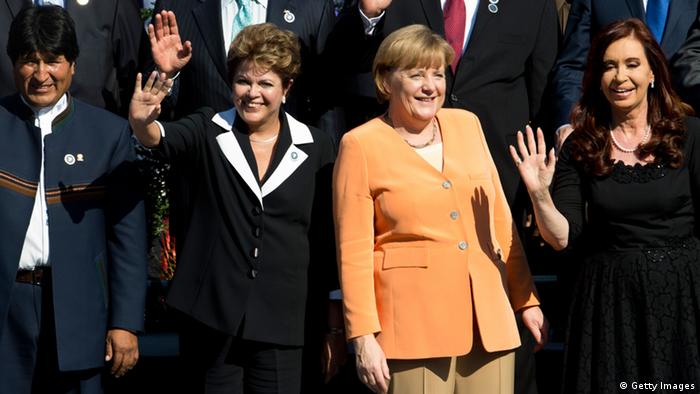 "Apuntando alto" or "aim high" (in English) was the theme of the EU-Latin America Summit, which ended on Sunday (28.01.2013). However, the meeting of 60 heads of state and government of the European Union, Latin America and the Caribbean fell short of expectations. That's because the EU's most ambitious goal – to finally sign a free trade agreement with South America's trade bloc, Mercosur – was not achieved after years of negotiation. Even though individual leaders, like the presidents of Chile, Brazil and Colombia, pushed for more free trade, the head of the second largest Mercosur country, Argentina's Cristina Fernandez de Kirchner, vehemently opposed it.

"On the one hand are emerging markets with developing industries, and on the other is the stability of Europe. It is important to recognize this asymmetry to avoid harming our industry and most importantly, our people," she said.

A return to protectionism

German Chancellor Angela Merkel, who was seating next to de Kirchner, couldn't say much to sway the Argentine president's feelings. Still the chancellor, who was perhaps the star of this summit, pushed diplomacy to its limits.

"We are very concerned about certain protectionist tendencies in some countries," she said on the sidelines of the meeting.

Merkel also made it perfectly clear whom she meant, saying that she'd talk to the Argentine president about the subject. However, de Kirchner defended Argentine protectionism and poured more cold water on the proceedings. After these long negotiations, the conditions had fundamentally changed, meaning it had become a matter for Mercosur to discuss, she said. The bloc would make a new proposal to the EU by the end of the year at the earliest. 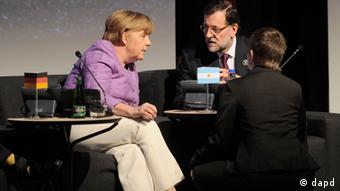 So it was more of a summit of small successes.

"I've never experienced any summit in which the relationships are so close, open-minded and dynamic," a visibly impressed Merkel stated halfway through the meeting.

Europe and Latin America have drawn significantly closer to each other. The Latin American countries look at the handling of the crisis in Europe with a mixture of skepticism and curiosity.

"The most important thing for the countries here is that they have the impression that we as the eurozone overcame the crisis together and did not leave individual countries high and dry," Merkel said.

Even the way the summit hosts presented themselves was a response to this experience. The creation of the Community of Latin American and Caribbean States in 2010 (CELAC) allowed Latin America and the Caribbean to speak with one voice for the first time. Along with the economy, there is also a growing self-confidence – CELAC sees itself as being on an equal footing with the EU.

The EU countries could go home reasonably happy. The 14-page final declaration calls for reliability and legal security for European investments – that was a stated goal of the EU countries before the summit, after the nationalization of several companies in Bolivia and Argentina in recent months caused considerable irritation. 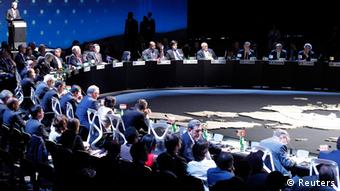 But Latin America should not become solely a paradise for investors, CELAC countries want to work together with the EU for their mutual interest and benefit. A Latin American think-tank has already developed plans for how investments from Europe can bring not only financial benefits, but also serve to promote development of civil society. And by time the next summit between the EU and CELAC takes place in Brussels in two years' time, targets will need to be shifted once again.

Social entrepreneurs are no longer fighting lonely battles - they have set up an international network. And the Davos forum gives them a perfect platform to bang their drum. (24.01.2013)

The World Economic Forum (WEF) in Davos, Switzerland, has committed itself to "improving the state of the world." Once a year, entrepreneurs, politicians and scientists debate about how this can be achieved. (23.01.2013)