How green are Germany's Greens?

The Greens have made huge gains in two recent state elections in Germany. But to what extent is the success of this political party connected to the environment? 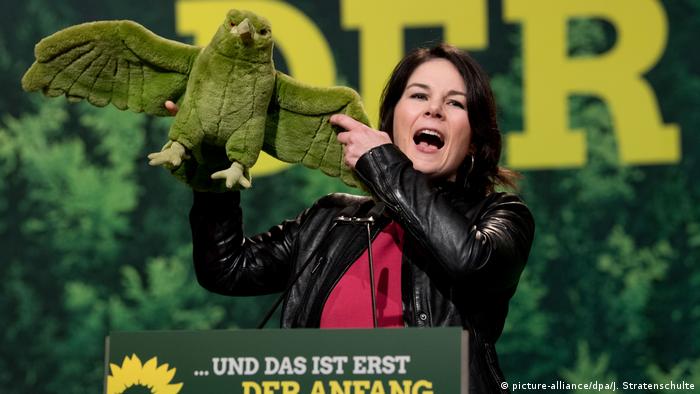 Due to factors including Dieselgate and slogging plans for a coal phaseout, German Chancellor Angela Merkel's image as a green leader is not having its finest moment. Meanwhile, Germany's Greens are gaining ever more popularity.

At the end of October, Merkel's conservative Christian Democratic Union (CDU) performed 10 percentage points poorer in elections in the German state of Hesse, the country's financial hub. Yet the Greens were the real winners, with 19.8 percent of the vote — a gain of 9 percent from the previous election and their best-ever result in the state.

Two weeks before that, Merkel's ally in the southern state of Bavaria — the Christian Social Union (CSU) — lost its absolute majority in elections, in a record-low result.

The Greens came in as the state's second-strongest party, with 17.5 percent of the votes — nearly double the share compared to the 2013 elections in Bavaria.

But what are the keys to the Greens' success in Germany? And how much of that has to do with the environment?

Voters are discontent with Germany's ruling coalition, and other parties are benefiting from that, said Michael Stoiber, head of the comparative policy department at the University of Hagen in Germany.

According to pollster Infratest dimap, about 30 percent of voters in Hesse chose the party as an alternative out of disappointment with other parties. The Greens are a good option for those who are keen for a change, but who don't align with the right-wing populist Alternative for Germany (AfD) party.

And given infighting among coalition partners, voters see in the Greens a stable party with clear values.

"We have clearly stated what we want and what we don't. That's what counts for voters," Bettina Hoffmann, spokesperson for environmental policy of the Green parliamentary group, told DW. 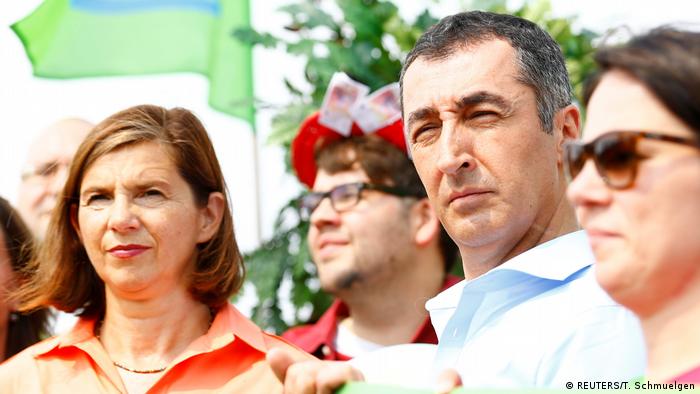 Green politicians have expressed consistent positions, including for a coal phaseout in Germany

The Greens were apparently also the clear favorites for young and first-time voters. Most voters for the Greens in Germany have a higher education degree, live in large cities and belong to the middle class.

Yet the party was also able to double their representation in Bavarian rural areas from 7 to 14 percent — due largely to voter discontent with the CSU.

A vote for the environment

Having literally formed out of the 1980s anti-nuclear movement in Germany, environmental issues have long been a core element of the Greens' platform.

Beside the favorable political context, voters' growing environmental awareness has naturally also played a role in the rise of the party.

Indeed, the environment ranked third in Bavarian voters' decisions, only behind education and housing, Infratest dimap showed. In addition, more than 70 percent of Germans are unhappy with the government's climate policy.

Mass protests in Germany for a coal phaseout or for sustainable agriculture are clear proof of this.

The diesel scandal also played a role among voters. More than 80 percent of Germans disapprove of the government's handling of Dieselgate, which started in 2015.

This has without doubt caused coalition parties to lose voters, Stoiber said.

"The long, hot, dry summer we experienced this year has convinced many people of the necessity to stop the climate crisis," Angela Dorn, chairwoman of the Greens in Hesse, told DW.

Yet the federal government refuses to do just that — "which is one of the reasons people in Germany are so fed up," she added.

The Greens are also working on their election program. Core points for the party include demanding a coal phaseout, as well as supporting climate-friendly mobility and sustainable agriculture.

The Greens in Hesse have an ambitious roadmap in place, in which they aim to reduce greenhouse gas emissions 40 percent by 2025. "Hesse wants to be carbon neutral by 2050," Dorn added.

Now, they have to keep their promises and remain authentic, Rohde concluded. Otherwise, they risk following the CDU and SPD — and disappointing voters.

Whether the Greens' growing popularity ultimately causes other parties to increase ambition around climate protection policies remains to be seen.

Support for the country's ruling parties is dwindling as the Green party and far-right AfD continue to surge. Some Germans are worried about the status quo, but many believe the changes are good for democracy. (19.10.2018)

As emission regulations become stronger for new vehicles in industrialized countries, cars as old as 25 years no longer able to meet emission standards are being exported to Africa. Air quality is suffering as a result. (27.07.2018)

A new ranking shows how European countries stack up on climate protection. How does your country compare? (18.06.2018)