Around 33,000 people and 100 tractors took part in the march through the capital. Protesters' demands included banning a controversial weed killer and redirecting European subsidies to ethical farmers. 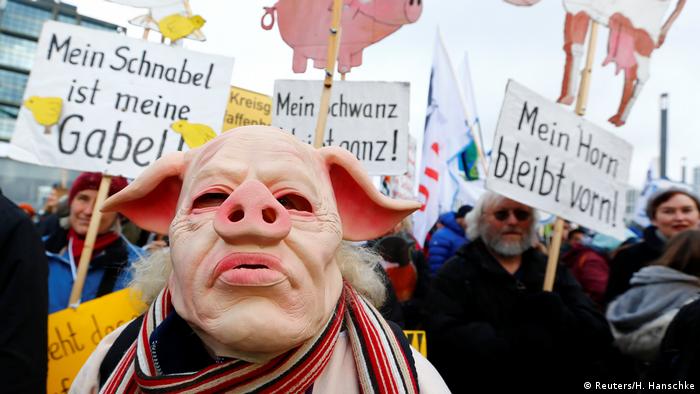 Tens of thousands of people marched through the streets of Berlin on Saturday demonstrating for a more ethical and environmentally-friendly agricultural sector.

Around 100 environmental, agricultural and development groups organized the march under the slogan: "We've had enough!"

"The conversion of our modern agricultural sector into one that is kind to animals and the environment and in which farmers can live well from their work cannot wait any longer," said a spokesman for the alliance, Jochen Fritz.

An estimated 33,000 people took part in the march, according to Berlin police, and around 100 farmers drove their tractors through the streets to support the protest.

Organizers said the protest was not directed against farmers, but against the unethical and damaging practices prevalent in the modern industry. 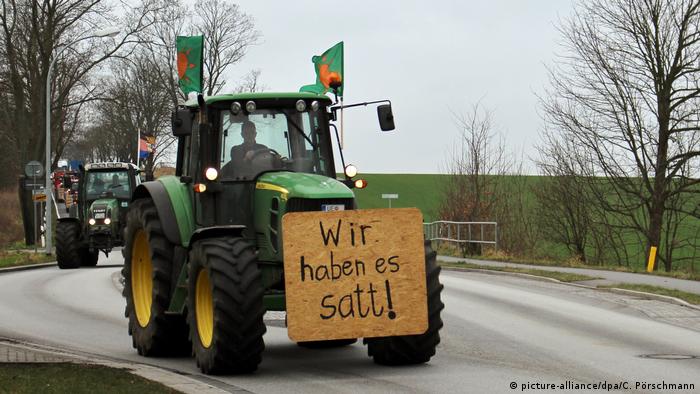 Farmers drove their tractors to the protest under the slogan: "We've had enough!"

"Food is political — more and more people realize this. But politicians nurture an agricultural sector that detrimentally affects the environment and animals in the name of productivity," Fritz said.

Many demonstrators demanded politicians outlaw the controversial weed killer glyphosate. Critics say the widely used herbicide is a cancer-risk, but there is no scientific consensus on whether it is a carcinogen.

Other protesters voiced their support for directing EU agricultural subsidies to farmers who operate ecological farming practices instead of paying farmers based on the total amount of land they use.

"Farmers who cultivate the land in an environmentally-friendly way and operate ethical animal farms should be supported with direct-payment subsidies," said Georg Janssen, the head of the farming association, Arbeitsgemeinschaft bäuerliche Landwirtschaft.

Friends of the Earth Germany (BUND) leader, Hubert Weiger, called on Germany's next government to present solutions to the problems affecting the agricultural industry.

The march coincided with the beginning of Berlin's annual "International Green Week" — an exhibition that brings together representatives from the food and beverage industries.