The German government has finally reached an agreement on a climate action plan. It has concrete targets to reduce greenhouse gas emissions in sectors like power generation, agriculture and traffic. But is that enough? 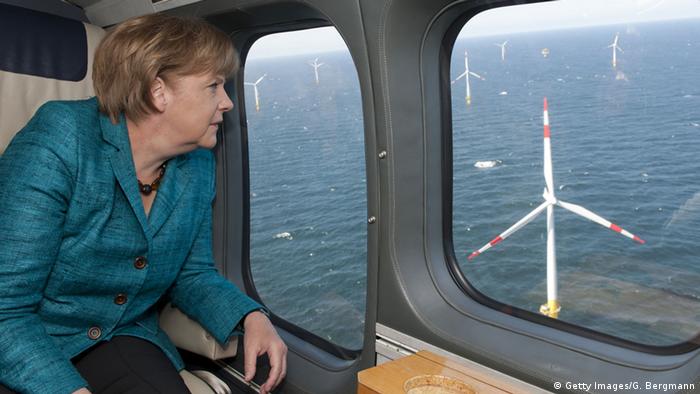 Germany has managed to agree on a climate action plan just in time for this year's COP22 climate conference in Marrakesh after being heavily debated by Chancellor Angela Merkel, economy minister Sigmar Gabriel and environment minister Barbara Hendricks.

Now they finally reached a deal. According to the "Climate Action Plan 2050," Germany will reduce its greenhouse gas emissions by 80 to 95 percent until 2050. In order to reach this goal, Germany's government has set intermediate targets that are to be met until 2030. 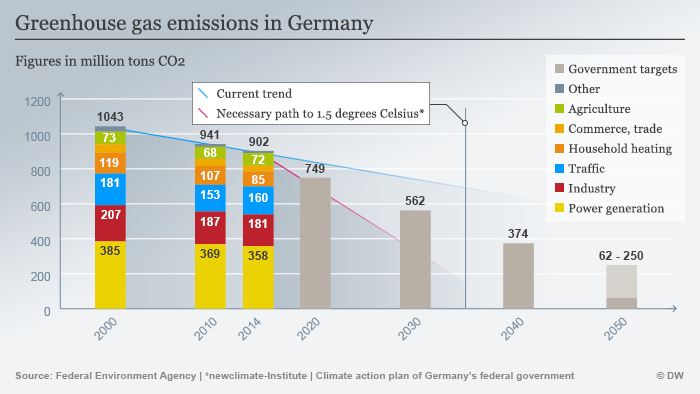 One of the biggest climate challenges in Germany is power generation, which creates 40 percent of all greenhouse gas emissions. Currently, 40 percent of Germany's electricity comes from coal. That's why the government has agreed to half emissions in this sector until 2030.

In order to do so, virtually all coal-fired power plants would have to be shut down. But the new climate action plan does not include a concrete measure on how and when Germany will withdraw from coal-powered electricity. Energy companies and associations have already protested against a proposed closure of power plants.

"Our welfare state depends to a large proportion on cheap energy supply. And lignite contributes to this supply in a stable and secure way," Hermann Oppenberg, deputy director of Germany's largest open-pit lignite mine, the Hambach coal mine, told DW. 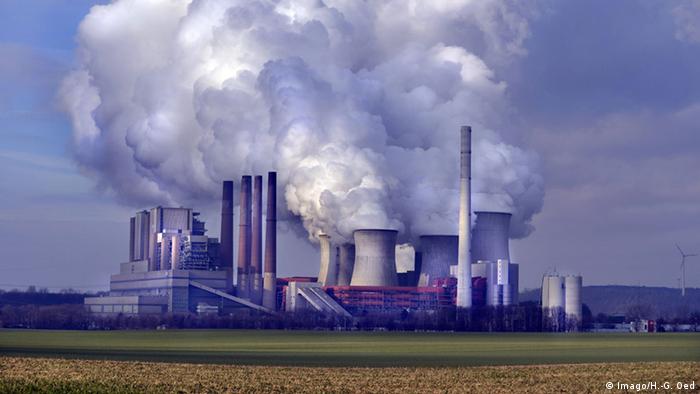 Germany's economy minister Sigmar Gabriel said the government agreed on establishing a regional fund to create new jobs in the regions affected by structural change resulting from a reduction of coal-fired power generation.

"Only if we connect climate protection with saving industrial jobs also in the energy industry will other countries follow us in our very ambitious climate policy," he said.

A new commission set up by the government is supposed to deal with the reduction of coal-fired power generation after Germany's federal elections in 2018 - when potential voters won't be scared away anymore.

The second largest climate challenge in Germany is industry. According to the new climate protection plan, Germany's industry is supposed to emit 22 percent less greenhouse gases in 2030 compared to 2014. One of the key elements in reducing these CO2 emissions is gains in efficiency, says the climate action plan.

Traffic is responsible for 18 percent of all greenhouse gas emissions in Germany. Compared to 2010, greenhouse gases have increased by 5 percent in this sector.

That's why one of the goals of the new climate action plan is to reduce greenhouse gas emissions from cars by 40 percent until 2030. In order to do so, Germany's department of environment was pressing for a regulation of cars to be included in the climate action plan. They suggested the rule that as of 2030, all new cars will have to be almost entirely operated by either electric or climate-friendly engines. 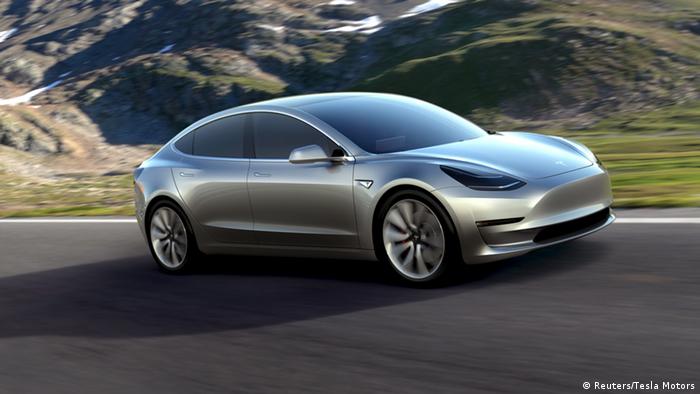 While electric cars are on the rise across Europe, Germany is still struggling to establish them

Currently, this rule is formulated rather vaguely though, with the plan saying that "until 2030, emissions from cars are to be significantly reduced" and that the electrification of new cars will "play a significant role" in doing so and will "be a priority." Exact numbers and incentives have not been formulated.

Having a palpable plan with numbers, a time frame and government incentives is vital to establish electric cars in Germany though, says Anja Smetanin from the VCD, an ecologically-minded mobility club.

Currently there are barely 19,000 electric cars on German streets.  While all German manufacturers, like VW, Audi, Mercedes and BMW, have electric cars in their line-up, only 0.6 percent of all new cars sold in Germany in the first quarter of 2015 were electric cars. In Norway, that figure was approximately 20 percent.

"What is lacking is an impetus from the industry. At the car dealership and in the ads, what you see are the big conventional cars - you don't see the alternative technologies," Smetanin told DW, adding that the big cars are what the manufacturers currently make their money with. 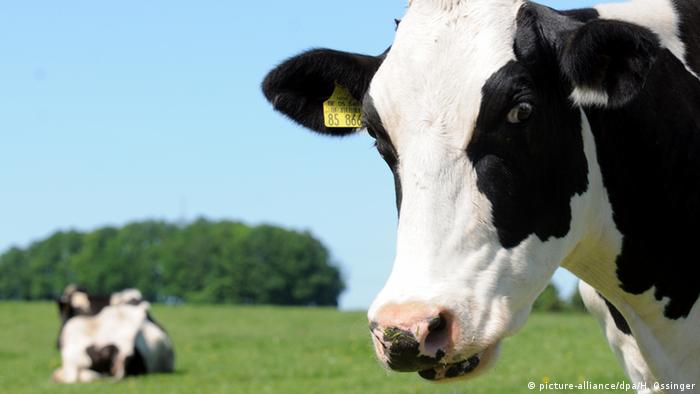 Agriculture emits greenhouse gases as well. Fertilizers produce nitrous gases while the stomachs of cows and sheep produce methane. In the past five years, greenhouse gas emissions in the agriculture sector have increased by six percent.

The climate action plan wants to reduce these greenhouse gas emissions by 17 percent until the year of 2030. But there is no rule in the plan that sets up concrete measures, such as a lower production of meat or higher taxes on meat products.

Instead, the plan focuses on reducing the application of fertilizers - something organic agriculture is already doing. The goal is to have 20 percent of all agricultural areas in Germany cultivated organically by 2030. Currently, the number is six percent.

Is the plan enough?

While the new climate action plan is setting goals for individual sectors to reduce greenhouse gas emissions, it is lacking concrete measures on how to achieve this.

And even if the goals described in the new action plan are achieved, the targeted greenhouse gas reduction won't be enough for Germany to meet its goals of last year's COP21 Paris agreement: to do its bit to keep global warming below 2 degrees Celsius and to stabilize it at around 1.5 degrees Celsius. 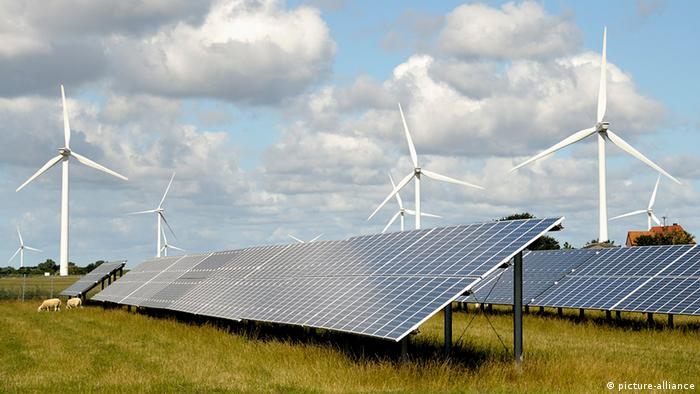 Germany would need to fully switch to renewable energy within the next 15 years to reach the 1.5 degrees Celsius goal

According to a study by the NewClimate Institute on behalf of Greenpeace, Germany's power generation would have to be climate-neutral by 2030 in order to reach the 1.5 degrees Celsius goal. That means Germany would need to fully switch to renewable energy within the next 15 years.

"If Germany wants to keep its climate promise, the amount of greenhouse gases would need to be reduced drastically. The government has to now switch from snail pace to turbo-operator," Carsten Smid from Greenpeace said.

And other environmental experts agree. "You cannot pursue a serious climate protection with a plan like that," said Regine Günter from the World Wide Fund for Nature (WWF).

"Now I won't travel to Marrakesh empty-handed," she said. "Quite to the contrary. The plan sends an important message that Germany is capable of acting when it comes to climate protection."

McKibben: 'We have to be fast in the race against climate change'

As the climate conference gets underway in Marrakesh and America selects its new president, DW catches up with Bill McKibben - co-founder of climate campaign group 350.org - on the politics of climate change. (06.11.2016)

Mori and Mila are determined to save Hambacher Forst, an ancient forest in Germany that's facing the chop as German power company RWE wants to expand the country's largest brown coal mine. (05.11.2015)