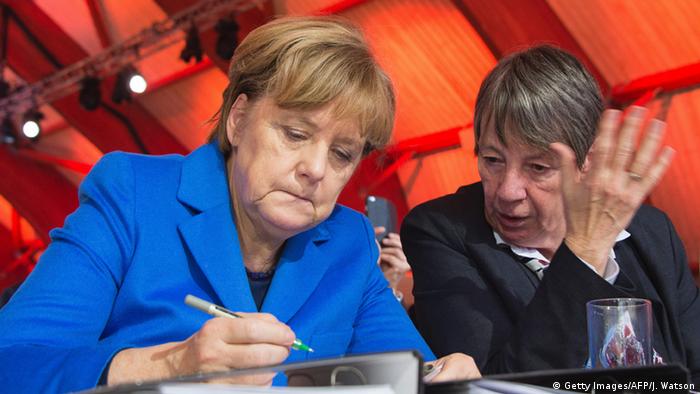 The breakthrough follows months of disagreement, and means Hendricks won't be empty-handed when she travels to the UN's global climate conference - or COP 22 - in Marrakesh, Morocco, next week.

"I am happy and relieved about this agreement," Hendricks told reporters in Berlin. "This is an important signal that Germany is capable of climate protection."

The agreement had stalled earlier in the week following a last-minute veto from Gabriel, who objected to passages in the plan about restrictions on lignite or brown coal. Environmental groups complained that the repeated delays were damaging Germany's green credentials.

"We have found a very good and balanced solution," said Gabriel, highlighting a planned fund to create "realistic prospects" for regions affected by the decline in coal-fired power.

The deal is expected to be formally approved by the cabinet on Monday.

The climate action plan lays out how Germany will move away from fossil fuels in order to meet its goal of cutting CO2 emissions by up to 95 percent by 2050. That pledge was put forward as part of the Paris Agreement reached at the COP21 conference in the French capital last year. The landmark treaty set goals to limit greenhouse gas emissions in order to keep global warming to within 2 degrees Celsius of pre-industrial levels.

German government spokesman Georg Streiter said the impact of the measures agreed Friday would be reviewed on a regular basis.

"Especially the sector targets, included in the climate protection plan, will be subject of a comprehensive impact assessment," Streiter said.

The EU's image as a leading climate protector is at risk if it doesn't upscale ambition and plans for greening the planet. Current EU targets won't fulfill Paris pledges, much less whatever more is envisioned at COP22. (03.11.2016)