Can less-flatulent cows help the planet? | Environment | All topics from climate change to conservation | DW | 26.09.2017

Funny as it may sound, belching and flatulent cows are a serious contributor to the emissions that threaten our planet's climate. But the cows on one cattle farm in India are doing their part to pass less gas. 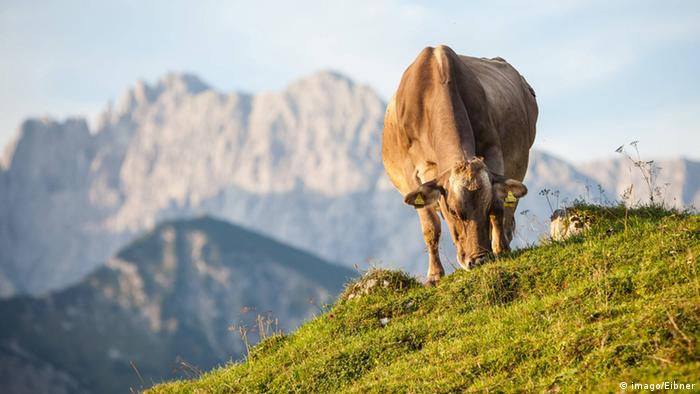 Gau Farm is unique among India's dairy producers. Its cows are said to fart and burp less than those on farms elsewhere in the country. That may not sound particularly important until you consider the one billion cows on the planet produce a lot of methane — a greenhouse gas at least 25 times more potent than CO2.

Located in Kota, about 500 kilometers (311 miles) south of the Indian capital New Delhi, Gau is home to about 130 cattle on 40 acres. "Gau" means cow in Hindi but it also stands for the names of the farm's three directors, brothers Gagandeep, Amanpreet and Uttamjyot Singh.

Their father set up the farm 15 years ago as a side project. Today, it's a serious business, says 27-year-old manager Amanpreet Singh. He watches carefully as his cows chew finely chopped, organic green grass and sprouts of maize. The mix results in much lower emissions than the approximately 500 liters (132 gallons) of methane a cow would usually release in a day, he says. 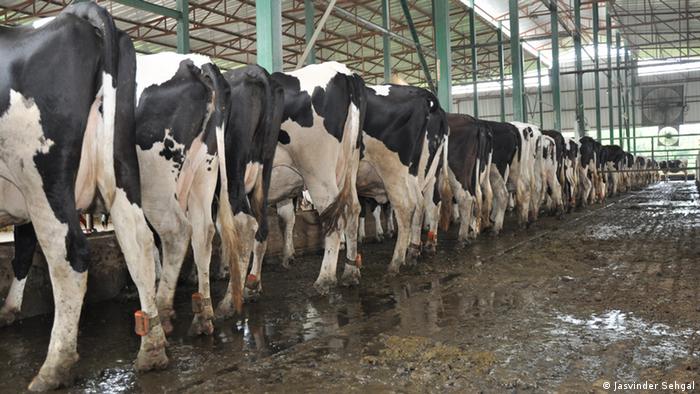 Cows produce methane when they pass wind. It's a potent greenhouse gas

"We have reduced the whole gaseous emission of methane by around 60 to 70 percent just by cutting down the extra feed," he told DW, adding that the farm uses local "Makkhan" grass. Much of the feed is grown in water without soil using a technique known as hydroponics.

The brothers have been able to measure the emissions reductions by releasing the tracer gas sulfur hexafluoride and testing air samples collected around the cow's nose and mouth using a gas chromatograph.

The Gau farmers aren't the only ones looking to put their cows on a special fart-fighting diet. Indian scientists are looking into a number of methane reduction strategies for livestock, including feeding cattle fermented grains, as well as herbs.

"The use of oilseed cakes and a few Indian herbs also cuts down on methane emissions," Seema Midha, an animal nutritionist at the state-owned Rajasthan Livestock Nutrition Lab told DW. "They block the availability of hydrogen for microbes living in the guts of livestock, which restricts the reaction of carbon with hydrogen to form methane." 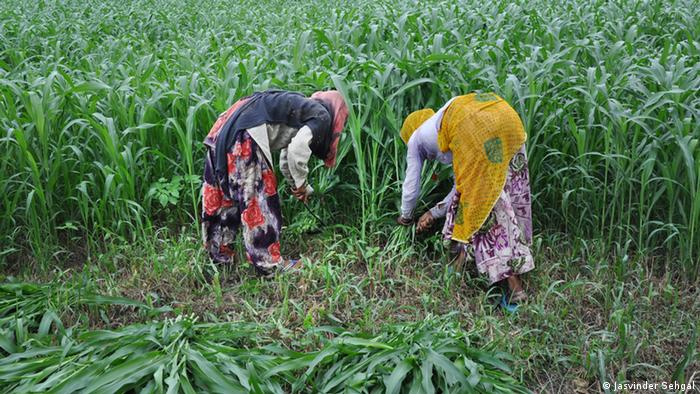 Local policymakers are also taking the growing evidence of a connection between feed and methane emissions into account. The state of Rajasthan's new livestock fodder policy will include recommendations for feeds that decrease methane emissions while increasing milk output.

The policy should provide an incentive for cattle farmers. Slaughtering cows is prohibited in Rajasthan — where Kota is located — so milk and ghee production are among the few reasons to rear the animals. Dung is another.

Despite the dramatic reductions in methane emissions, Gau Farm's cows still poop — a lot. And when dung decomposes, it also releases methane gas. But the Singhs are putting the cows' waste to good use.

Urine and cow dung go into a biogas power plant, where they generate 40 kilowatts of electricity per day. That's enough to power the entire farm, Amanpreet says. The waste makes a nutrient-rich, organic fertilizer too. 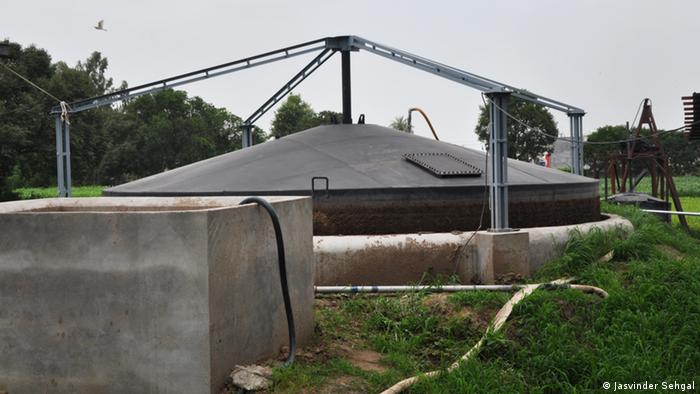 The Gau Farm runs on electricity from its biogas plant

"The leftover cow dung and urine along with other vegetable or food waste and bedding materials is thoroughly mixed with earthworms," says Giriraj Sharma, who is in charge of the process. "This is very good manure for all plants, fruits, crops and vegetables."

Dung with a spiritual purpose

The farm also sells dry cow dung cakes online via platforms such as Amazon. The semi-liquid substance is first dried and then heated in big solar cookers. Then they're mailed across India in cardboard boxes. The brothers sell about 500 to 1000 cakes a week at about 120 rupees (1.50 euro) for a dozen.

They're sometimes used for heating and cooking as well as in religious ceremonies. Hindu Yajna rituals, for example, involve prayers offered in front of a sacred fire fuelled with dung patties.

"Cow dung is very important," says Hindu priest, Pandit Ravi Shastri, at a temple near the Gau Farm. "It is very pure and pious." When burned, it is also said to repel mosquitoes and other insects, he adds.

India is under pressure to cut its greenhouse gas emissions to meet the Paris climate goals set in 2015. The Gau brothers hope their efforts will help to achieve that — one way of doing so is helping other farmers to lower their emissions. 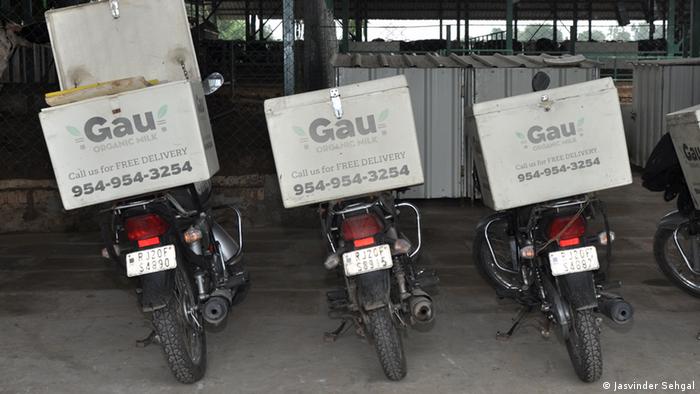 Fifty-three year old Bhawani Singh has come to the farm to learn more about how the cows' waste can be used. He is one of 10 farmers attending a workshop on "cow dung management."

Bhawani believes the suggestions won't take too much time or money and he wants to spread the knowledge further. "I will educate the farmers in my village to adopt this model," he told DW. "So as to have healthy cows and clean climate."

Gas emissions from flatulent, belching cows contribute to global warming. In an effort to protect the climate, French farmers are giving their herds feed that will reduce how often the animals belch and break wind. (27.03.2013)

What can farmers do to protect the climate?

Burps, farts and dung are never nice when it comes to cows (or humans). In cows, we know they release methane, a greenhouse gas, into the atmosphere. The question is whether antibiotics are a driver. (25.05.2016)