Humans just love beef and dairy products, which means we have a lot cows. Over a billion in fact. But their burps, farts and dung have an impact on the environment. 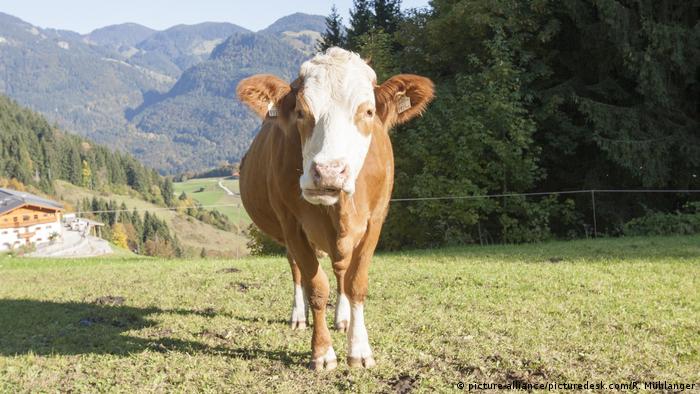 One and a half billion. That's a huge number of cows - roughly one cow for every five people on the planet. Some countries, like New Zealand, have more cows than people. That's also a lot of cows doing a lot of farting and burping - something which scientists say is bad for the planet.

Cows produce methane gas during their digestion process, including when they poop. Methane is a potent greenhouse gas and, given the large numbers of cattle on earth, the sector is a significant contributor to global warming.

Depending on which study you look at, researchers say animal husbandry (which includes the whole process of looking after animals - not just burps) is responsible for either 18 or 51 percent of global greenhouse gas emissions. (The studies used different research methods hence the divergent outcomes.) Yet another study, found that one cow produces enough methane annually to do the same damage as four tons of CO2.

What's the deal with cows producing all this methane gas? Well, they belong to a class of mammals called ruminants, which have four stomachs. So when a cow eats, it saves food in the first stomach and regurgitates it later as "cud." The animals chew the cud to break it down further and make it easier to digest. But before this happens, the microbes in the first stomach create methane as they go to town making cud.

Scientists and farmers are experimenting with different types of cattle feed to see if this lowers the amount of methane produced. One three-year study from the University of Wales in the UK demonstrated the production of the gas was cut in half when cows were fed garlic. (A tasty treat for the cow, sure, but what if they have a hot date later?) 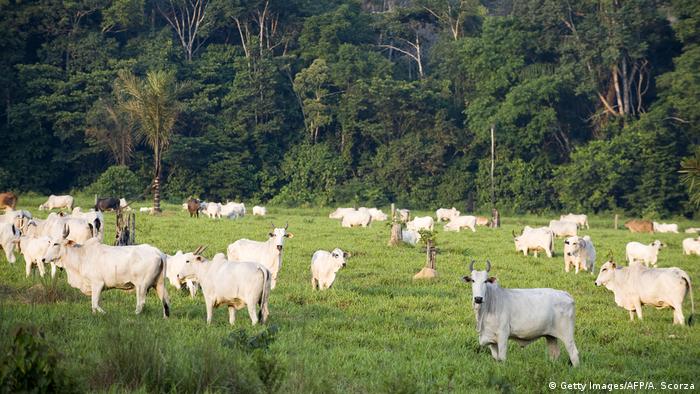 An illegal cattle ranch in a rainforest in northern Brazil

Space for all those cows

Burps aside, those 1.5 billion cows need a home, which brings us to another problem. In countries, such as Brazil, which is one of the world's major beef exporters, huge swathes of rainforest are cleared for ranches and to grow cattle feed.

As global demand for beef continues to grow, more land around the world will be required to rear the increased number of burping cattle. Environmentalists and scientists have called for sustainable farming and lower meat consumption in response to this.

US: Biden hails 'historic' spending bill ahead of Europe trip