Germany′s Angela Merkel no longer leading the charge on climate change | Germany | News and in-depth reporting from Berlin and beyond | DW | 08.10.2018

An alarming report from the United Nations climate panel has been met with a shrug from the German government. Angela Merkel once promoted herself as a champion of climate protection, but those days are long gone. 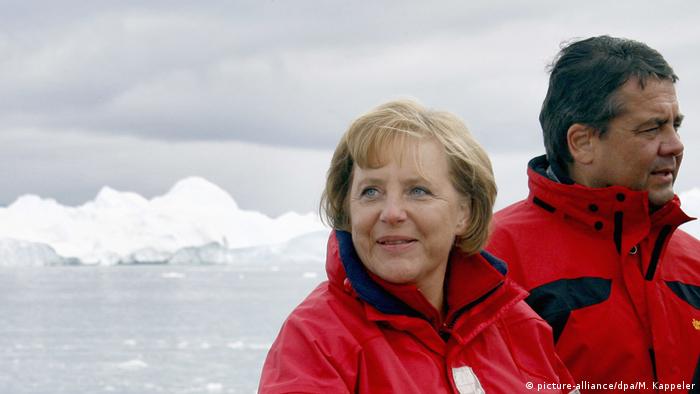 No expense was spared on Monday at the German Environment Ministry in Berlin. The room was packed. Two deputy ministers and a climate researcher were taking questions from journalists. A video link was set up with South Korea, where the United Nations' International Panel on Climate Change had just presented its latest report. Hans-Otto Poertner, a polar researcher and biologist from the Alfred Wegener Institute in Bremerhaven, was on the line. He co-wrote the alarming report, with more than 90 other authors and editors from 40 countries.

Politics is the problem

In summary: The next 10 years are crucial if we want to save the Earth from the devastating effects of climate change. The new goal is to keep global temperatures below a 1.5 degrees Celsius rise from pre-industrial levels, down from the former 2 C target agreed upon at the Paris climate conference three years ago. There's no other option; it has to be 1.5 C. By the middle of the century, emissions have to stop completely.

Read more: 1.5 degrees — do we want climate catastrophe or not?

Poertner believes this is actually possible — at least technologically. "The problem is on the political side," he said. "If a charismatic personality were to take it on, that would be something. But currently, political statements are tending towards the other direction."

There was a time when German Chancellor Angela Merkel would have been the person campaigning nationally and internationally to protect the climate. That time is long gone, however.

At Monday's press conference in the German capital, where the government was weighing in on the report's findings, the relevant ministers did not even attend. 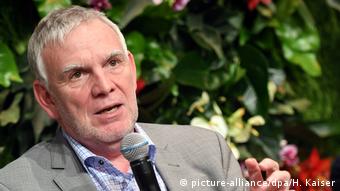 Flasbarth, an internationally recognized negotiator and environmental expert, did his best to sell Germany's climate policies: sustainable sources account for almost 35 percent of the country's electricity consumption; billions of euros have been allotted for the renewables transition; German firms are global leaders in green technologies.

But German emission levels are once again on the rise. The current goal of reducing emissions 40 percent by 2020 is being neglected. Coal power production is too high, and so are auto emissions. Flasbarth put the situation in straightforward, simple terms: "When it comes to the climate, we have been concentrating on the new, without abandoning the old."

The "new" are the many thousands of wind turbines in Germany and expanding solar energy infrastructure. The "old" is coal. By the end of the year, a commission is slated to present a plan for how Germany can transition away from fossil fuels and, most importantly, how soon. Environmental experts are pushing for a 2030 deadline at the latest. Some politicians, however, are asking to push that date back, primarily those from the coal-producing states of North Rhine-Westphalia and Brandenburg.

Coal power plants still produce 36 percent of Germany's power. The will to take on more ambitious climate goals is floundering. Flasbarth views the situation similarly: "We aren't good on that one yet. Those who don't believe we need to take it seriously are mistaken."

Aside from coal, the transportation sector is another major polluter. In the wake of a scandal surrounding the regulation of diesel-powered cars, the German government reached a painstaking compromise with the auto industry to avoid possible city-level bans on certain vehicles. On that issue, too, Berlin appears to lack a sense of urgency.

"I have the feeling that Germany isn't ahead anymore," said renowned German climate scientist Daniela Jacob. "It's a shame!"

The opposition in parliament has a more drastic view of the situation. The conservatives and "Chancellor Angela Merkel are letting the auto industry back them into a corner," said Rebecca Harms, Member of European Parliament for the Green party and an environmental expert. "Myopic corporate roadblocks are hindering important momentum behind innovation and protecting the climate." 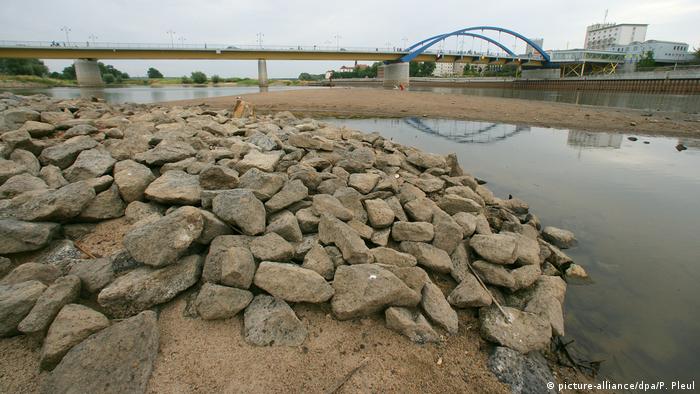 On the European Union level, Germany is acting as a roadblock itself. During the record-setting heatwave across the continent this summer, EU Commissioner for Energy and Climate Action Miguel Arias Canete pleaded for the bloc to commit to further emissions reductions — 45 percent from 1990 levels by 2030 instead of the previously agreed upon 40 percent. Germany, along with several other EU countries, is refusing to raise the target.

Greenpeace climate expert Benjamin Stephan agrees that this summer's heatwave should have gotten German politicians to change course. "The drastic effects of global warming were never so palpable in Germany as they were during this summer's drought," he said. "We can still stop droughts from becoming more common, and heavy storms and destructive floods from plaguing us."

"There is no excuse for a wealthy, industrialized country like Germany to tarnish its CO2 footprint with old, dirty coal power plants," Stephan added.

Merkel has other concerns

At roughly the same time, a court stopped energy corporation RWE from clearing woodlands in North Rhine-Westphalia's Hambach Forest to mine brown coal. A court, but not politicians.

Leading conservative lawmakers and Social Democrats alike have the same explanation: Germany shut its nuclear power plants but also wants to transition away from fossil fuels. You can't ask so much more of people. And the chancellor, weakened by recent political rumblings, currently has concerns other than the climate. Despite alarming reports, it seems Germany's self-proclaimed sustainability trailblazer is substantially weakened.