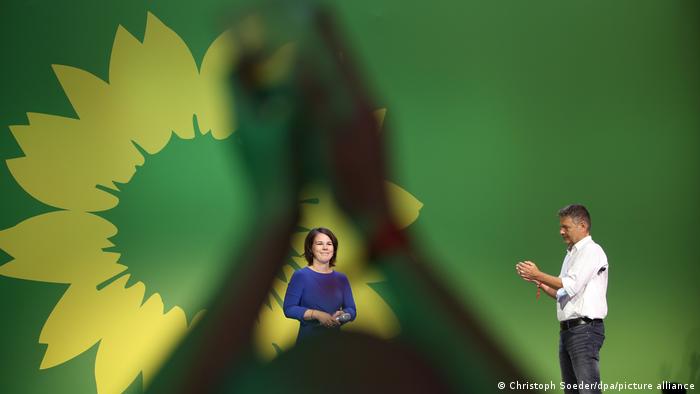 Martin Schmitt had already prepared everything. A Green Party candidate in the western German constituency of Ahrweiler, which was devastated by this summer's floods, left behind a tidy desk at his occupational therapy practice and picked out train connections for traveling to Berlin on Monday morning.

But Schmitt won't be taking the train to the capital as a newly elected member of the Bundestag, Germany's lower house of parliament, after all. Instead, he is back in his office in Ahrweiler after having come up short in the election. "Yes, it's a disappointment," Schmitt tells DW by phone. "There are things I would have liked to have implemented in Berlin."

If the Greens had done a few percentage points better in the election at the federal level, Schmitt probably would have made it into parliament. "We certainly would have liked 3 to 5% more," he says.

With almost 15% of the vote, the Greens have achieved their best result ever in a national election. And yet to many in the party like Schmitt, it doesn't feel like a victory.

Baerbock: 'My own mistakes'

Probably not even for Annalena Baerbock, the party's first-ever chancellor candidate. When she appeared before her supporters in Berlin on election night there was great excitement. But Baerbock dampened the mood in the hall. "We can't only rejoice together tonight," she said, referring to the party's dashed hopes. She reminded them that they had aimed to shape the country as its leading political force. "We wanted more. We didn't achieve that."

As recently as May, it looked as if Baerbock might indeed become the first Green to lead a federal government and succeed Angela Merkel in the chancellorship. But while the party was polling at nearly 30% back then, it ended up attracting barely 15%. "Also due to my own mistakes at the beginning of the election campaign," Baerbock said.

'Greens not a big-tent party'

An embellished resume, plagiarized passages in her book, supplementary income from her own party declared late in the game — a series of controversies undermined Baerbock's image as a spotless politician. But is that enough to explain why the Greens failed to achieve their own ambitious goals and beat Merkel's center-right bloc and the center-left Social Democrats?

No, says political scientist Oskar Niedermayer of the Free University Berlin. "The Greens were never a big-tent party in terms of their program, their members and their electorate," he tells DW. The Greens' core electorate still tends to be young, urban and educated, he says. "It differs significantly in its social composition from the population as a whole, and that just has its limits quantitatively." 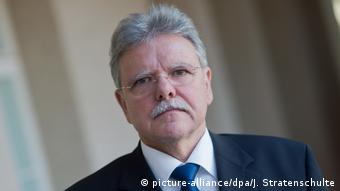 According to Niedermayer, the party leadership consisting of Baerbock and her co-chairperson Robert Habeck has moved the Greens from the left further to the center of the party landscape. As a result, in early summer they were able to win voters beyond their core constituency. "But only for a relatively short period of time. And when the chancellor candidate made serious mistakes at the beginning of the election campaign, these voters immediately jumped ship."

There had been much to suggest that the Greens could at least enter the Bundestag as the second-strongest force in this election. Competition from the Social Democrats (SPD) had been weakening for years, and Merkel's conservative bloc of the Christian Democrats (CDU) and its Bavarian sister party Christian Social Union (CSU) nominated an unpopular candidate to succeed Merkel. Armin Laschet emerged as that candidate, but only after a tough power struggle within the bloc. The Greens, on the other hand, appeared united, spurred on by a rapid increase in membership. And the Greens' major issue — climate protection — was at the top of the agenda in the election campaign since the disastrous floods in western Germany in mid-July, at the latest. 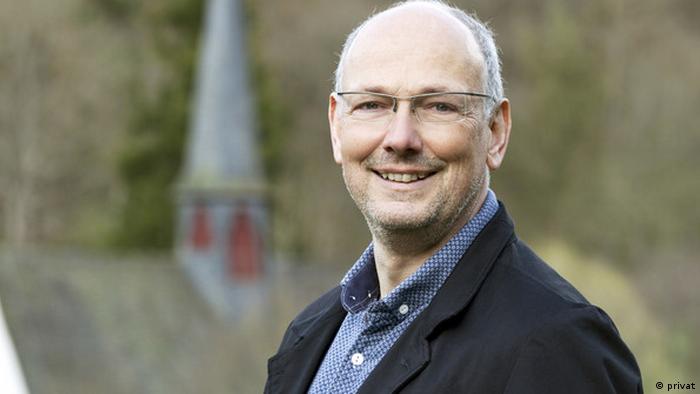 Though he did not win a seat as MP, Martin Schmitt says the catastrophic floods that hit his home region made many people wake up to the climate crisis

Greens perceived as the climate party

In his Ahrweiler constituency, Green Party candidate Schmitt fought in vain to enter the Bundestag. The flooding catastrophe has once again made the dangers of climate change very clear, he tells DW. This is now also reflected in the election results, he adds. "We achieved significantly more positive gains [for the Green Party] in the flooded areas than in the non-flooded areas."

In surveys Germans always say how important the issue of climate protection is to them. In an Allensbach survey conducted shortly after the flood, two out of three Germans said that climate protection was one of the most important tasks for the new government. Simultaneously, the Greens were repeatedly credited with the greatest competence in finding solutions for environmental and climate protection.

Why did Schmitt's party nevertheless do worse than expected? "We Greens are the party that stands vehemently for strong change, especially on climate issues," he says. "Changes are wanted by the electorate, but they also cause fear. For me, that's also human."

During the election campaign, political rivals took advantage of this fear of radical change. Election winner Olaf Scholz of the SPD successfully cultivated his image as a man of continuity, ready to continue Angela Merkel's legacy. The other parties often portrayed the Greens as a prohibitionist party that wanted to make life miserable for people, with expensive fuel and dry soy sausages. That, too, probably cost votes.

"This is how it is now," says Martin Schmitt. "I know I gave it my all." After all, he says, there will now be a strong Green faction in the Bundestag "even if not as strong as we would have liked." Nonetheless his party will likely be part of the new government. The most likely outcomes are now a coalition alliance of the SPD, Greens and the neoliberal Free Democrats (FDP) or one between the CDU/CSU, Greens and FDP.

Will Baerbock continue to play the leading role for the Greens in the upcoming coalition talks? Or will Habeck — who many thought would win more votes for the Greens had he been named chancellor candidate — take over? For Schmitt, the issue is not who assumes which office, but that Green issues are in the foreground. "The responsibility of a new federal government is to finally implement climate targets," he says. If the Greens can prevail on this issue, then a majority of their supporters will probably see the outcome of the federal election as a victory rather than a defeat.