Germany′s kingmaker, the FDP, has returned to government | Germany | News and in-depth reporting from Berlin and beyond | DW | 26.09.2021

Germany's kingmaker, the FDP, has returned to government

The free-market-loving, socially liberal Free Democratic Party (FDP) was once a long-term fixture in the German government, mostly as junior partner to the conservative Christian Democrats (CDU).

Following the general election in September 2021, FDP chairman Christian Lindner was quick to reiterate his willingness to join a coalition government. He indicated that the center-right CDU/CSU would be his first preference, but was willing to talk to the SPD and even the Green Party.

As it happens, the FDP itself scuppered the chance to form a coalition with the CDU/CSU and Greens after the 2017 general election: Following four weeks of tortuous negotiations in late autumn of that year, FDP leader Christian Lindner walked out, unilaterally declaring that they had failed with a memorable phrase: "It's better not to govern at all than to govern wrongly." The move surprised many at the time, not least the disappointed leaders of the other parties.

What does the FDP want?

Some saw Lindner's decision as a tactical mistake, a backfiring attempt at making a populist, anti-mainstream statement in an atmosphere where the far-right Alternative for Germany (AfD) had made electoral inroads. But in the context of the FDP's recent past, it also made sense: The previous election in 2013 had been a calamity for the FDP, as they failed to reach the 5%-mark nationally and so lost all their Bundestag seats for the first time since its foundation in 1948.

That had been put down to what was perceived as the weak leadership of Lindner's predecessor, former vice-chancellor, and Economy Minister Philipp Rösler. 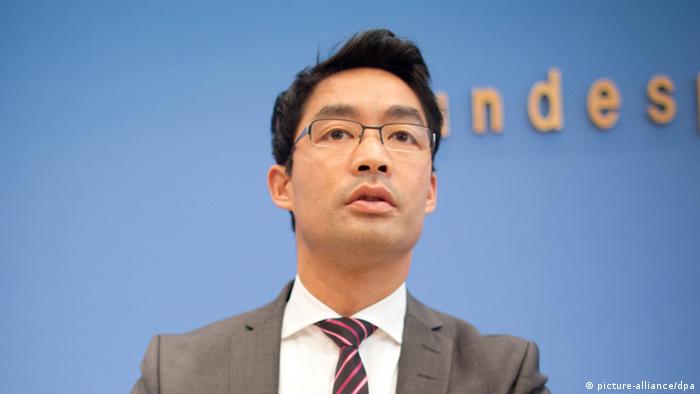 Vietnamese-born Philip Rösler was FDP chairman from 2011 to 2013

So it's unsurprising that Lindner's leadership since 2013 has been marked by a more aggressive approach: A spiky speaker in parliament, the 42-year-old has developed a taste for opposition politics, vehemently criticizing the ruling grand coalition's policy on virtually every issue: In the past year, that has meant countering the government's coronavirus measures.

As Lindner put it in a speech at a party conference in May 2021, the FDP would "always search for milder alternatives to blanket lockdowns." And "The pandemic has proved that when it comes to citizens' rights, you can rely on the Free Democrats. … This extraordinary situation has deformed liberalism in our country."

That might have been taken as an attempt to appeal to the anti-lockdown sentiment among a grassroots minority, but it is also very much in line with the FDP's founding principles — curbing the power of the state. 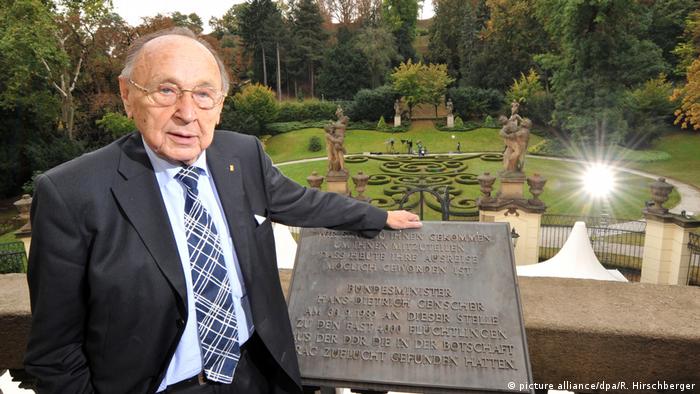 The electoral failure in 2013 was a real shock because the FDP had long since established itself as an integral part of the German political establishment. Rooted in Germany's 19th-century democratic revolutions, it saw itself as the natural guardian of the German people's constitutional rights: The nation's first post-war president was Theodor Heuss, the FDP's founding chairman, the German head of state from 1949 to 1959.

Though always a relatively small party, up until 2014, it was the party that had spent the longest in the (West) German government, its longevity most embodied by FDP patriarch Hans-Dietrich Genscher, who was born in East Germany but later spent some 18 years as Germany's foreign minister, first under SPD Chancellor Helmut Schmidt, and then-Chancellor Helmut Kohl.

Every other FDP leader since then has been under Genscher's shadow — not least Merkel's foreign minister from 2009 to 2013, Guido Westerwelle, who led the party to a strong 14.6% finish at the 2009 election — though only after he fronted a widely derided "Project 18," which vowed to capture 18% of German voters at the 2002 election (when it won 7.4%).

Project 18 also illustrated how the FDP, despite its ambitions as a party of statesmanship, has also been prone to pitfalls. For every historic figure like Genscher, there has also been a Jürgen Möllemann, FDP's vice-chancellor and Economy Minister under Helmut Kohl, who was forced to resign in the so-called "letterhead scandal" of 1992: It emerged he had used official Economy Ministry letters to promote his wife's cousin's plastic chip deposit business to supermarket chains. Möllemann died in a parachuting accident in 2003 in what some believe was a suicide.

The FDP ship has steadied since then, placing many respected ministers and concentrating on its core values: Liberalism on both the economy and on social values. 'There's never been more that needs to get done' was the FDP campaign motto. The party is in favor of restricting unemployment benefits, expanding equal rights for same-sex couples, expanding educational opportunities, and ensuring personal data is protected.

Personal freedom, and restricting the power of the state, have been the party's guiding principles. The FDP wants to combat climate change by promoting new technologies and it has promised to accelerate Germany's sluggish digitalization drive.

The FDP's natural voters are the same as the Green party's — younger, politically centrist professionals living in cities, unmoored both from the traditional working-class voter base of the SPD and the traditional Christian voter base of the CDU. But unlike the Greens, for whom gender equality and diversity are core values, the FDP has been criticized for not diversifying its white, male image.

But the party has struck out in a markedly different direction in recent years. It was a trend that began under Lindner during the refugee crisis of 2016 when the FDP turned more conservative than Merkel on immigration.

Lindner's personal popularity in the FDP remains unchallenged, but whether he comes out as tactically astute will remain to be seen as he leads his strengthened party through the next weeks of coalition negotiations.

This article was first published in May 2021. It has been updated with the latest developments and republished.

The Free Democratic Party is the smallest of three parties in Germany's coalition government. Its chairman, Christian Lindner, has fulfilled his aspiration to become finance minister.

The neoliberal FDP will be the smallest party in Germany's new government but it has landed key ministries and the all-important finance chief job. How much influence will the Free Democrats really have in the end?