Guido Westerwelle: a fine orator who became Germany′s chief diplomat | Germany | News and in-depth reporting from Berlin and beyond | DW | 18.03.2016

Guido Westerwelle has passed away, aged 54. DW looks back at the life and political career of a man who was among Germany's most high-profile politicians. 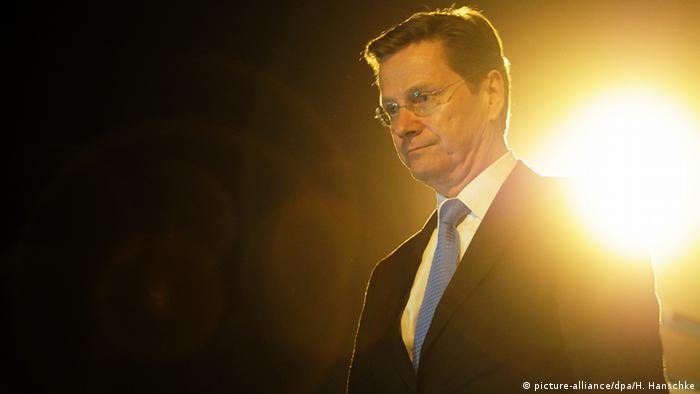 "Germany remains a reliable partner in Europe." These were the last words Guido Westerwelle said in a speech at the United Nations in New York in September 2013 and also his last words as Germany's foreign minister.

This also marked the end of his political career. His party, the Free Democrats (FDP), had failed to get enough voter support in general elections to make it past the 5-percent threshold needed for representation in the parliament. So Westerwelle not only lost his ministerial post, but also his seat in the Bundestag.

At the time he was 51 years old and looking back at a political life resembling a roller-coaster ride.

A gentleman who didn't mince his words

Westerwelle was born on December 27, 1961, in Bad Honnef near Bonn, the capital of former West Germany. His parents, both lawyers, got divorced when he was only 10 years old. He grew up living with his father and his three brothers.

He was not popular at school. His teachers remembered him as someone who liked to take center stage, but who also came across as well-mannered and conservative as well as vain, loud-mouthed and opinionated.

Ten years as an FDP leader

At the age of only 19, Guido Westerwelle became a member of the liberal, pro-business FDP, and soon took over as chairperson of the party's youth organization, the "Young Liberals."

He liked to make it clear that he was the boss. He was the one to set the agenda and redefine the political focus. He firmly refocused his party's platform on cutting income tax, investing in education and rewarding performance.

He strove to make his party popular with young voters. To achieve that goal he experimented with new campaign tactics, traveling through the country in his yellow "Guidomobile" van. He made an appearance in the "Big Brother" reality TV show. Heading a party that had never garnered more than 8 percent of the vote, he boldly proclaimed 18 percent as the new goal. 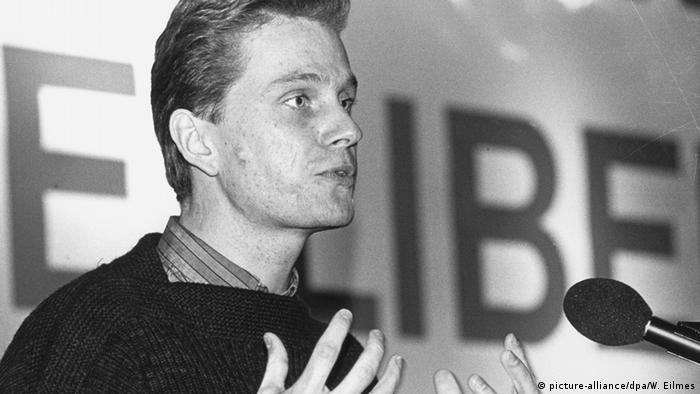 In an attempt to show how fresh and how much fun his party was in its approach, Westerwelle even famously appeared in a talk show on TV to flash the soles of his shoes at the camera to show that he had "18" printed on them.

Guido Westerwelle was the perfect opposition leader: loud-mouthed, opinionated, always on the attack. His speeches in parliament were the highlight of debates. He lashed out at his favorite enemies: the left-wing SPD, the Greens and the Left Party.

Guido Westerwelle had reached the pinnacle of his career: At age 48 he was given the post of foreign minister and vice chancellor in Angela Merkel's second cabinet.

Unlike all his predecessors, he chose not Paris but Warsaw for his first visit abroad.

He rubbed Germany's Western partners the wrong way by breaking ranks in the UN Security Council in 2011 and refusing to vote in favor of military intervention in Libya. His many critics were quick to accuse him of destroying the trusting relationship with Western countries; they even accused him of giving up the core values of Germany's foreign policy.

Also unlike his predecessors, Westerwelle did poorly in opinion polls at home.

He was accused of being callous when - true to his party platform - he called for tax breaks for high-income earners. At the height of a financial crisis, he criticized Germany's unemployed, claiming that they still had it too good. 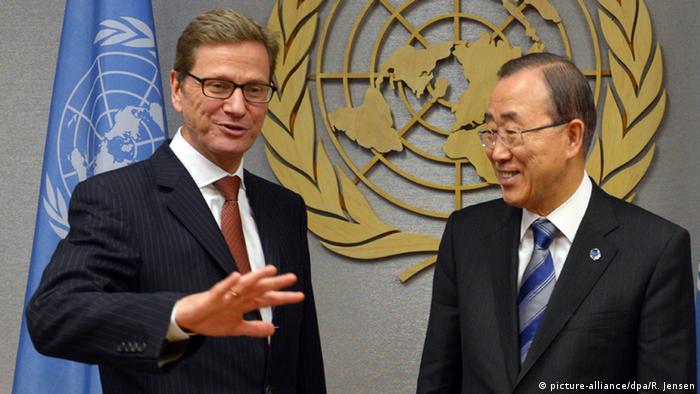 Westerwelle represented Germany at the top level of politics

Referring to Germany's social welfare program, he said: "Those who promise effortless wealth are inviting Roman decadence." His critics felt that although such rhetoric may have befitted an opposition leader, it was inappropriate and in bad taste for a minister in government.

As a result of his failure to reposition his party as one now in government, support plummeted.

A revolution in the upper echelons of the FDP saw him ousted from his party post in May 2011. The new party chairman also took over as vice chancellor. Guido Westerwelle remained foreign minister, focusing on foreign policy. He traveled the globe, met with foreign dignitaries, attempted to mediate in international conflicts, and as a result saw his personal ratings rise again at home.

Following the end of his political career, he kept a low profile. He was diagnosed with leukemia in 2014 and published this information on his personal Facebook account.

Germany will remember him as one its most ambitious and also most controversial politicians: a brilliant orator who worked hard to get to the top and was never inclined to give up.