Bavaria is Germany's most famous vacation region. In winter and summer, visitors from all over the world enjoy the fascinating mountain world, rejoice in living traditions and warm hospitality. 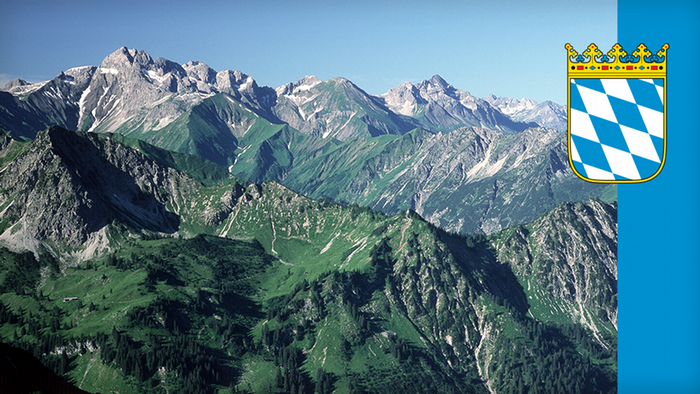 With an area of more than 7,000 square kilometers (2,700 square miles), Bavaria is Germany's biggest federal state, and no other state embodies so many of the cliches about Germany: from the mountains and their green meadows to the fairy-tale castle of Neuschwanstein, to traditional costumes and Bavarian beer.

Let your gaze wander over Munich from the church tower at St. Peter's Church, listen to the musicians in the Hofgarten, stroll through the Viktualienmarkt or take a break in one of the beautiful squares — a summer day in Munich can look this wonderful.

Cycling Along the Lech River

Winter fun on the Zugspitze

The Zugspitze is Germany's highest mountain. The new Eibsee cable car brings guests up to the summit in just 10 minutes. The climb through the Partnachklamm is much more romantic — a winter fairy tale for check-inpresenter Nicole Frölich, who enjoyed this trip to the full before the outbreak of the coronavirus crisis.

Off to the Zugspitze!

This, too, is inseparably linked with Bavaria: culinary delights. In Upper Franconia in northern Bavaria there are said to be the highest number per capita of butchers, confectioners and breweries in the world! Check-in presenter Lukas Stege thought that was a good reason to go and discover the region in person and traveled there before the coronavirus crisis.

UNESCO World Heritage, a world-renowned marionette theater and more — The Flying Guide shows you Augsburg, one of the oldest cities in Germany, from above!

Every trip also includes sampling the local cuisine. In Bavaria the fare is very hearty! Since you cannot travel to Germany at the moment, let us bring Bavarian cuisine home to you with a recipe to cook for yourself: bread dumplings with mushroom sauce.