If you cannot travel to Germany, Germany will just have to come to you: With compliments from the kitchen! This time we have a specialty from Bavaria.

Tasting regional specialties is one of the many pleasures of every holiday. The coronavirus crisis has made traveling impossible for the time being. So we'll bring German cuisine to you at home!

When it comes to vacationing in Germany, the Bavarians top every statistic. 40 million visitors a year - that's a number that can't be matched in a hurry. Tourists from all over the world travel to the south of Germany, visit Neuschwanstein Castle, the Alps from Oberammergau to Berchtesgaden, while also indulging in hearty Bavarian food and traditional customs.

So what apart from beer and Weisswurst sausages obviously is typical Bavarian food? Our recommendation: Dumplings. They are a popular accompaniment to hearty meat dishes or even take the lead when served with Schwammerln - which is the Bavarian dialect word for mushrooms of all kinds, in this case it refers to creamed mushrooms. No Bavarian would ever say "mixed mushrooms in cream sauce". For Bavarian celebrity chef Alfons Schubeck, Semmelknödel dumplings are THE Bavarian dish par excellence. Basically a Bavarian cultural heritage. 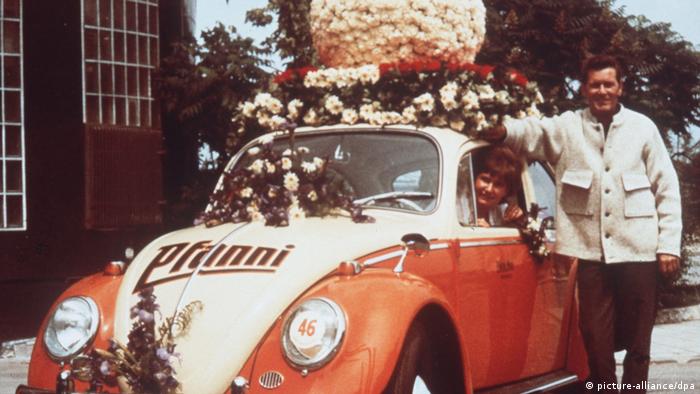 70s promotion: the VW beetle on the road to promote the first convenience dumplings made by Pfanni

Dumplings - for the Bavarians they are like the taste of home. They are served in every brewery, restaurant, and  beer garden. At any time of the year. Of course, grandma or mum always make the best ones. For all those for whom dumplings take too long to prepare - because they take time - boil in a bag Semmelknödel dumplings have been available since the 1970s, which means you simply let them simmer in hot water. Back then this was nothing less than a revolution in the kitchen, today it is considered the norm on supermarket shelves. But for anyone who has ever eaten a homemade Semmelknödel dumpling, the boil-in-the-bag dumpling can only ever be a stopgap solution.

Round, sustainable and tasty

Semmelknödel (bread dumplings) are a classic poor peoples' meal that has become a national favorite and a model of sustainability. Round, sustainable and delicious. Instead of feeding stale bread rolls to livestock, at some point someone came up with the idea of recycling them. Old-fashioned bread rolls plus milk, egg and butter. You don't need many other ingredients. You don't need to turn on the Thermomix or use other kitchen appliances to prepare them - all you need are your hands to lovingly shape the dough into smooth balls. 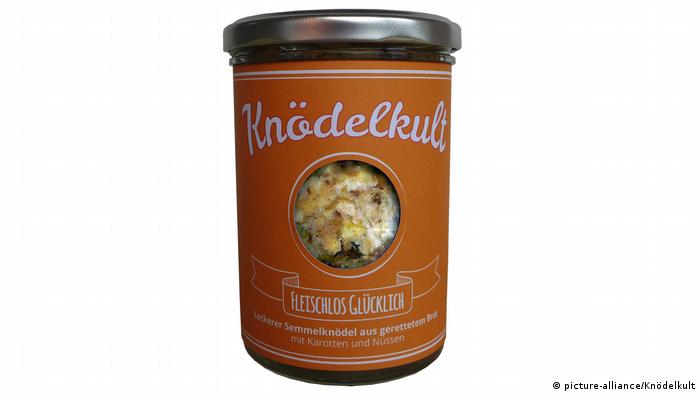 Knödel dumpling to go - an example of smart recycling of leftovers

Its sustainable nature makes the bread dumpling a highly modern food. The founders of the company Knödelkult in Konstanz focus on exactly this.  They make dumplings from unsold bread, then pack them into jars and sell them online and through chain stores. The founders have been awarded the Federal Prize for Commitment against food waste. A well-rounded business!

This clever way of recycling leftovers has had many fans over the centuries. Even the Romans were familiar with dumplings - although it is not known exactly what kind. There is evidence that dumplings, whether made from bread, potatoes or meat, have been served in Europe since the Middle Ages. 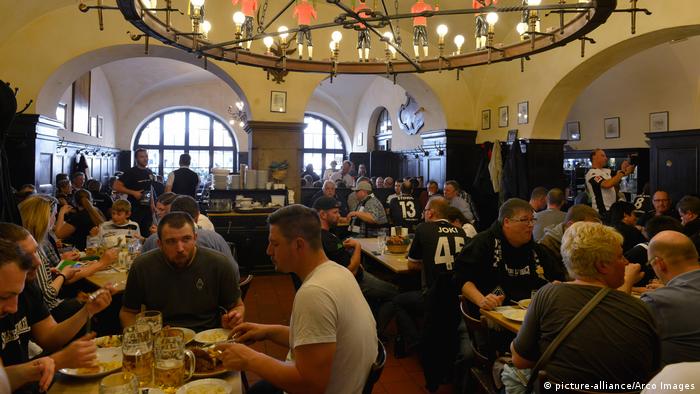 No Brauhaus tavern can do without them: Semmelknödel (bread dumplings) are a Bavarian cultural heritage.

Admittedly, the preparation is time-consuming and hard work.  Just cutting a bunch of stale bread rolls into 1x1 cm cubes (0.4 x 0.4 inches) takes time. The Bavarians have an easy job here as  you can buy ready-cut dumpling bread in almost any bakery. Anywhere else you can only dream of it.

So anyone who steps into the kitchen to make Semmelknödel dumplings would be well advised to prepare 10 or even better 20 of them. Then the effort is worth it. Dumplings can be frozen very well. And the next time you have a Sunday roast, you'll be happy to be able to fish them out of the freezer ready to hand as a side dish.

Should there be any dumplings left over, they can be further processed the next day. Sliced, then crisply fried and served on sauerkraut, or with a fried egg and bacon. Alternatively as a garnish in a soup. Or as a gratin... There are no limits to the imaginable uses.

Nobody knows exactly where the Semmelknödel bread dumpling comes from. Because even in the Czech Republic or Austria it is the embodiment of the taste of home.  The preparation on the other hand is the same everywhere and has hardly changed over the centuries.