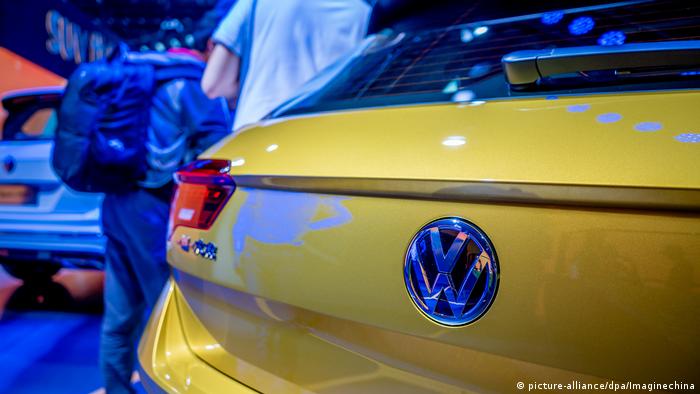 The German government announced on Tuesday that it would support the country's ailing automotive industry with an additional of €3 billion ($3.56 billion) — bringing Berlin's total financial support for the industry to €5 billion.

"We are all aware that the industry is going through a difficult phase that affects hundreds of thousands of jobs," said Economy Minister Peter Altmaier.

Steffen Seibert, Merkel's spokesman, said that the aid would bring about "long-term structural change" in the automotive industry.

The latest financial boost is expected to bolster sales for the industry, which recorded a sharp drop in revenue in the first half of 2020 owing largely to the coronavirus pandemic.

Seibert said that the current stimulus package would also be used to bolster the auto parts makers. He added that out of this package, Germany would pump in €1 billion to extend its subsidy for electric vehicles until 2025.

Seibert said the subsidy hopes to create long-term "transformation strategies" as the industry moves towards electric cars. The goal is to combine forces to increase "cooperation between the federal, state and regional levels" as well boosting collaborations between industry, labor unions and science.

IG Metall welcomed the new stimulus package and the extension of the subsidy for electric vehicles. Hildegard Müller, the president of the Association of the Automotive Industry (VDA), said that the measure would help save jobs, particularly among suppliers.

The German car industry had already begun to pivot towards electric vehicles when the pandemic struck — putting hundreds of thousands of jobs at risk.

The Fridays for Future (FFF)environmentalist movement called the investment package a "blockade in the mobility transition." FFF particularly took issue with the German government's subsidy for hybrid vehicles, with campaigners pushing for tougher action to curb fossil fuels.

BUND, an environment protection organization said that the support for plug-in hybrid vehicles would be "fatal" for climate protection, as the cars only partially run on electricity.

The latest boost from the German government follows similar moves by France. In May, the French government unveiled an €8 billion plan to bolster its local automotive industry.