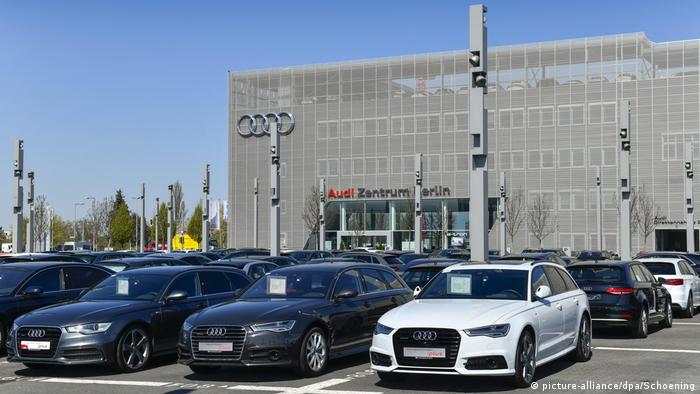 Car sales in Europe have taken a historically steep nosedive, according to numbers published by the European Automobile Manufacturers Association (ACEA) on Tuesday.

"The first full month with COVID-19 restrictions in place resulted in the strongest monthly drop in car demand since records began," the Brussels-based ACEA said.

Sales were already down in January and February, the group reported, and then dropped by 55% in March as coronavirus-related lockdowns began being implemented across the continent.

The April numbers fell by a staggering 97% in hard-hit Italy and Spain. In France, sales were down by 88%.

Germany's Volkswagen Group, which also owns Audi, Porsche, and Skoda, amongst other brands, said their sales in Europe fell by 61% in April. At the same time, its market share rose to 28.8% from 24.9% a year earlier. Munich-based BMW's market share also rose year-on-year, from 5.9% to 8.7%.

The auto industry is a key sector in the German economy, employing over 850,000 people and accounting for a significant portion of the country's GDP. In a bid to rescue plummeting auto sales, car dealerships were among the first businesses allowed to reopen towards the end of April when the German government announced its slow relaxation of lockdown restrictions.

German carmakers have been calling on the state to help boost sales amid the pandemic. Most notably, carmakers want the government to offer large financial incentives for car buyers. However, the government refused to provide a definite answer.

The virus threatens to halve February car sales in China, the largest market for Volkswagen, BMW and Mercedes. It's the latest setback for Germany's struggling auto industry, already reeling from waning global demand. (14.02.2020)

The German carmaker, which was expected to resume production on Monday, has cited supply-chain and logistical issues. The virus threatens to halve February car sales in China, the largest market for VW, BMW and Daimler. (17.02.2020)