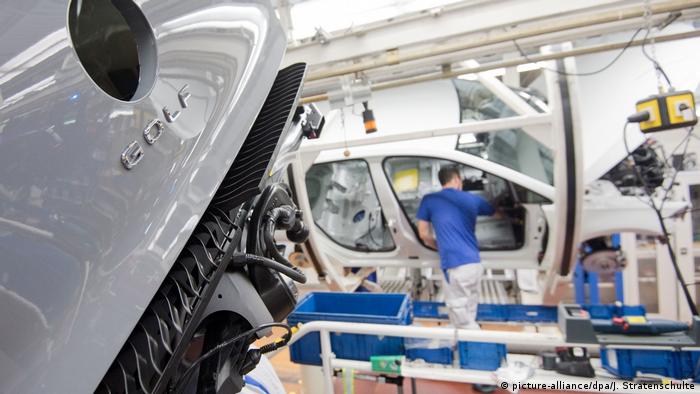 German carmakers — Volkswagen, Daimler and BMW  will be idling their European plants for the next few weeks as they cope with a slump in sales and disruption in supply chains caused by the COVID-19 outbreak and sweeping measures taken to contain the spread of the disease.

The suspension of production comes at a time the Chinese operations of the carmakers are staging a painful recovery after prolonged factory closures, supply chain disruptions and a huge fall in demand due to the pandemic.

The virus adds to the woes of the German auto industry, already reeling from pollution concerns, exacerbated by the Dieselgate emissions scandal, waning global demand, higher tariffs caused by US-China trade tensions and a costly transition to electric and self-driving cars. The industry has announced tens of thousands of job cuts in the past few months.

"It [the virus] is the biggest threat to the global automotive industry since World War II," said Ferdinand Dudenhöffer of the Institute for Customer Insight at the University of St. Gallen. "The crisis is not limited to individual key markets, as was the case in 2009, but it looks as if we are seeing a chain reaction affecting the biggest auto markets: China, Europe, the US."

"As a result [of falling demand], huge overcapacities are being created virtually overnight, forcing high write-downs and high employee layoffs. It is not for nothing that Peter Altmaier is talking of ‘nationalization'...The map of the automotive industry will change enormously," he said referring to a local German media report that said the German economy minister was open to the idea of nationalizing strategically important companies hit by the epidemic.

While analysts are refraining from making concrete forecasts about the impact of the coronavirus on auto sales, given the uncertainty about the fallout from the virus, they agree that lockdowns and other emergency measures in key Western European markets such as Germany, Italy, France and Spain have led to a steep fall in demand.

Volkswagen, the owner of the Audi, Bentley, Lamborghini, Porsche, and Skoda brands, said it could not commit to any projections for the year. Just last month, the biggest carmaker in the world said it would deliver the same number of vehicles this year as it did in 2019 and forecast an operating return on sales of 6.5%-7.5% — targets that experts say are now likely to be withdrawn. Volkswagen's global deliveries fell by 15% in the first two months of the year.

Daimler, the maker of Mercedes Benz cars, also refused to quantify the economic effects of the pandemic. BMW warned that its sales this year will be well below the 2019 levels.

China and Western Europe which have been the worst hit by the disease so far account for a bulk of the cars sold by the German companies. Car sales crashed by 80% in China in February, while in the European Union passenger car registrations fell by 7.4%.

"The uncertainty about the timeline and extent of the outbreak makes it impossible to have any visibility about its final effect on companies," Emmanuel Bulle, senior director at Fitch Ratings, told DW. "One thing is clear, however, is that every week without selling cars means hundreds of millions of euros of uncovered fixed costs for the industry."

Most analysts believe that the carmakers would recover much of the lost sales in the second half, provided the outbreak fizzles out in the next three months.

They cite the example of China — the epicenter of the disease before it shifted to Europe. Retail car sales in the world's largest auto market have recovered to 50%-60% of the normal level within a matter of weeks, with premium cars, many of which are produced by the German companies, performing even better, UBS analyst Paul Gong told DW.

"This [the auto industry] is different from other industries where lost sales cannot and will not be recouped, such as gaming, restaurant, cinemas, etc. People in need of a car will still buy a car, in a month, in 3 months or in 6 months," Bulle said.

Analysts at Munich-based auto consultancy Berylls Strategy Advisors told DW that they expect the German carmakers to see a drop in sales of between 10% and 15 % from 2019 levels, if the outbreak is contained in the next three months.

Experts say it could get increasingly painful for the carmakers if the pandemic lasts longer as then it would start hurting the broader economy even more deeply and result in a loss in consumer confidence, ultimately hitting auto sales.

There are concerns that the coronavirus crisis could delay German carmakers' ambitious plans to transition to electric and self-driving cars, adding to the threat posed by low oil prices, which crashed to 17-year lows on Wednesday. Low oil prices bring down the cost of driving combustion engines, making them more attractive to car buyers.

The German companies are investing billions of euros on electric vehicles as they play catch-up with the likes of Tesla and China's BYD.

Taking the lead is Volkswagen, which is betting €33 billion on electric vehicles and plans to flood the market with 75 all-electric models over the next decade.

The auto company plans to roll out the German-built ID.3 hatchback this summer. But VW has reportedly struggled with major software problems with the compact car, which according to some reports could force the company to push back the sales launch by a year.

VW has so far stuck with the timeline. But that could change.

"The electrification of individual mobility is likely to be set back by the crisis by about a year," Berylls Strategy analysts said. "Because in addition to production losses, infrastructure measures such as the rapid expansion of the store network are likely to progress much more slowly."

There is already some chatter about how the EU should delay the implementation of stricter emissions targets set for 2021 in the wake of the pandemic. European carmakers could face billions of euros in fines if they fail to meet the new targets. But the auto expert cautions auto companies against using the current crisis as an alibi to delay their electric vehicle push.

"If they delay now, they will pay for it in the future," he said.

UN: 24 million jobs could be lost because of coronavirus

Businesses and individuals around the world are facing up to the economic impact of the COVID-19 pandemic. The UN estimates over 24 million people could lose their jobs — if action is not taken now. (18.03.2020)

The German carmaker, which was expected to resume production on Monday, has cited supply-chain and logistical issues. The virus threatens to halve February car sales in China, the largest market for VW, BMW and Daimler. (17.02.2020)

As the auto industry is transitioning toward electric vehicles, ever more software is being built into our cars. Long-time industry leaders like BMW and Daimler are facing huge IT threats to their engineering prowess.

German carmaker Volkswagen has halted its Russia business, the latest in a series of major firms to respond to sanctions imposed over Russia's war with Ukraine. Daimler and BMW are also quitting the Russian market.