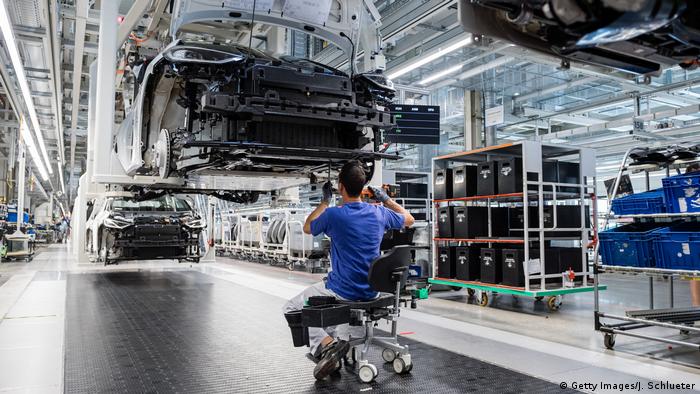 Germany's largest trade union IG Metall proposed a four-day working week ahead of the next round of collective bargaining talks due to begin next year, reported German media on Saturday.

The shorter week would be "the answer to structural changes in sectors such as the automotive industry," said union chair Jörg Hoffman to German national newspaper Süddeutsche Zeitung.

"With this, jobs in the industry can be kept instead of being written off," added Hoffman.

Germany's automotive industry — one of the mainstays of the country's economy —is undergoing a major transformation to e-mobility, spurred by concerns over climate change as well as increasing automation and digitalization. The sector was also hit by the pandemic-induced financial crisis, although it is showing signs of recovery.

IG Metall, which represents workers from major carmakers such as Audi, BMW and Porsche, is Europe's largest industrial union. Analysts consider it a major national trendsetter in bargaining.

Firms such as Daimler, ZF and Bosch all made agreements this summer to reduce working hours. These companies were forging the way for all businesses in the metalwork and electronics industries, said Hoffman.

It was in companies' interests to shorten working hours instead of cutting staff numbers — it ensured specialists were retained and saved on redundancy costs, said Hoffman.

Germany's automotive industry sustains around 830,000 people and contributes around 5% of the country's Gross Domestic Product (GDP).

Earlier this year, a research agency funded by the German government suggested that in a worst-case scenario, more than 400,000 jobs in the German car industry could be gone by 2030.

In the upcoming union talks, Hoffman said IG Metall would call for a wage increase for workers, despite the recession.