Germany's carmakers have demanded a sales rebate on new diesel and petrol cars. The powerful lobby has been backed up in its calls by state premiers and industry groups. 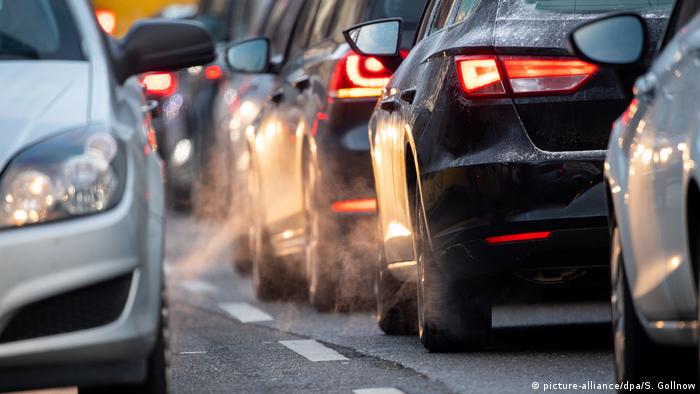 Germany's top industry body on Sunday called for sales subsidies on electric cars to be extended to fossil-fuel-powered vehicles.

Dieter Kempf, president of the Federation of German Industries (BDI), made the demand in the Welt am Sonntag newspaper.

Germany's powerful-but-struggling carmakers have been calling for the expansion of the subsidies on electric cars, in a bid to shore up their positions during the coronavirus-induced economic crisis.

"In view of the crisis, it makes sense to introduce a further purchase bonus for at least 12 months in addition to the environmental premium, provided that this premium is part of a cross-sectoral approach," Kempf said.

Kempf said the promotion is based on investment and climate protection. "It therefore makes perfect sense to also promote vehicles with modern and efficient combustion engines in this context, if this does not dilute existing incentives for electric mobility," he said.

Rebates are currently available for the purchase of purely electric and hybrid cars.

The automakers have been backed up in their demands by the states of Bavaria, Lower Saxony and Baden-Württemberg, where the manufacturers BMW, VW and Daimler are headquartered.

Bavarian State Premier Markus Söder told Welt: "It is unacceptable that France spends €8 billion on automobile promotion and we spend €9 billion on Lufthansa — but nothing for the heart of our economy. That would be an industrial policy mistake."

"It'll help protect the climate and the economy. We are taking old cars off the market and replacing them with the latest generation of clean vehicles," he added.

Germany's carmakers were responsible for the Dieselgate scandal, in which they deliberately colluded to conceal the illegal emissions of new diesel cars.

On Tuesday, the leaders of the ruling coalition will discuss an economic stimulus package which is intended to restore the German economy. According to the Bild newspaper, the package is expected to be worth between €75 and €80 billion.

Leaked agendas have revealed no plans for additional subsidies.

Carsten Linnemann, head of the pro-business wing in Angela Merkel's CDU and sister party CSU, said that if the call was successful it would be "a prime example of how a lobby asserts itself in Germany."

Ralph Brinkhaus, parliamentary group leader of the CDU/CSU, said he also opposed it — but that the pressure from companies, unions and state premiers was substantial.

The German Council of Economic Experts, among others, has spoken out against the new subsidies.

Car owners in Germany can claim a rebate of up to 10,000 euros when they trade in their old diesel car for a new car. Many of the old vehicles may end up in Poland – and put pressure on car dealerships. (24.08.2017)

The German economy is expected to shrink by more than 6% this year. But a new study found the country could be in for a big economic recovery next year. (28.05.2020)

Billions of tons of valuable polymetallic nodules are dozing on the Pacific Ocean floor southeast of Hawaii, a key potential source of materials for making EV batteries. We know how to harvest them. What's stopping us? (28.05.2020)