Billions of tons of valuable polymetallic nodules are dozing on the Pacific Ocean floor southeast of Hawaii, a key potential source of materials for making EV batteries. We know how to harvest them. What's stopping us? 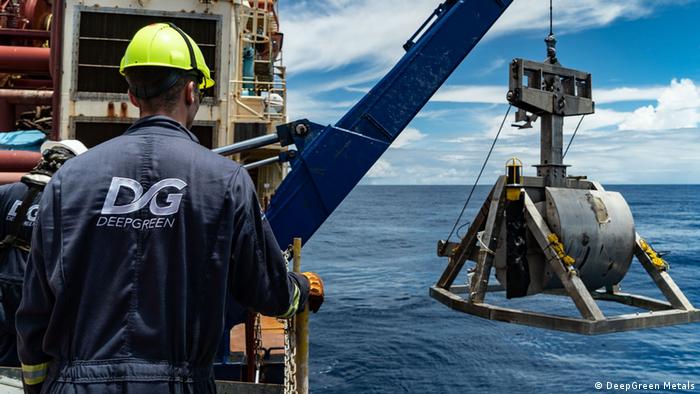 Materials required for the emerging global electric vehicle industry can be found in abundance on the bottom of the Pacific Ocean, about halfway between Hawaii and Mexico.

In a region called the Clarion-Clipperton Zone (CCZ), on the seafloor at depths between 4 and 5.5 kilometers, an estimated 21 billion metric tons of "polymetallic nodules" wait to be picked up by mining robots.

"Measured according to their dry mass, the nodules are typically made up of about 31% manganese, 7% iron, 1.4% nickel, 1.2% copper, and 0.17% cobalt," says Carsten Rühlemann, the director of the marine geology and deep-sea mining section of Germany's Federal Institute for Geosciences and Natural Resources (BGR).

"The nodules' composition happens to be remarkably well-aligned with the needs of electric vehicle makers," Gerard Barron, CEO of Vancouver Canada-based DeepGreen Metals (DGM), told DW. "Carmakers will need a great deal more of these metals in order to make battery cathodes and electrical connectors for an electric vehicle fleet of around a billion cars and trucks by mid-century, up from just 5 million today."

DeepGreen Metals' mission is not limited to harvesting nodules, Barron says. The long-term goal is to ensure that the metals are fully recycled, with nothing thrown away: "First we have to mine enough of these metals to supply the huge increase in quantity we'll need for a renewable-energy-powered e-mobility future. Then we need to make sure we recycle everything."

Barron and Rühlemann both say there are good reasons to believe the environmental impact of seabed nodule mining will be far less severe than land-based mining in terms of greenhouse gas emissions, solid waste and toxic materials release.

A comparative life cycle assessment (LCA) commissioned by Barron's DGM and titled "Where should metals for the green transition come from?" was published in April 2020. The LCA results show a clear win for seafloor nodules.

While burning fossil fuels puts 37 billion tons of CO2 waste into Earth's atmosphere every year, land-based metal production generates over 350 billion tons of waste — some of it toxic.

Calling metal mining the cause of "the biggest waste problem on the planet," the report notes: "If we produce metals for the green transition the way we've been producing them so far, we will in effect be shifting the environmental and social burden from fossil fuels to metals."

In contrast to land-based mining of the same metals, collecting and smelting the nodules will generate essentially no solid waste, no mine tailings, no toxic waste, no clearing of forests, about 70% less greenhouse gas emissions, 90% less freshwater use, and 90% less sulfur and nitrous oxide emissions. 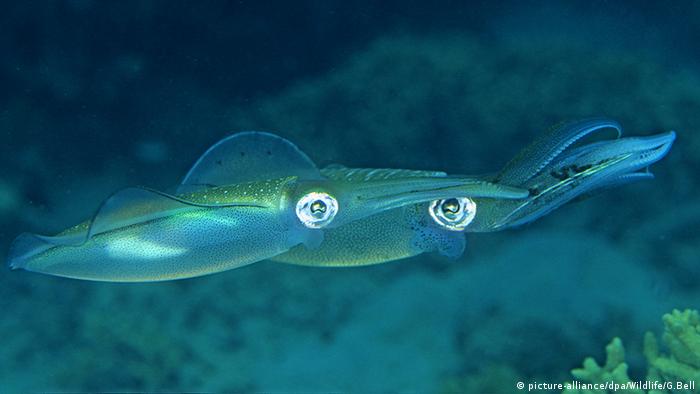 In more than a dozen dimensions of environmental impact, nodule harvesting will be far kinder to the environment

Before seafloor nodule mining can begin

There are two hurdles yet to be crossed before seafloor nodule mining can begin. One is technological: Commercial nodule harvesting machines capable of operating at the crushing pressures 5 kilometers (3.1 miles) below the ocean's surface don't exist yet. Engineers are working on it, Rühlemann and Barron say.

The other is regulatory: An interim assessment of the impact on biodiversity and ecosystem functioning is among the steps left to complete before the International Seabed Authority (ISA) finalizes its Mining Code and allows mining to go ahead, likely within the next two or three years. The CCZ is in international waters, so the area is subject to governance by the ISA, which was established under the UN Convention on the Law of the Sea (UNCLOS) in 1994.

The one impact that seabed mining will have that land-based mining doesn't have is disturbance of seabed ecosystems. Skimming the surface of the seabed to harvest nodules, and pumping the nodules up to mining ships, will disturb the seafloor mud and nodule habitat of benthic marine organisms, many of which are species of marine worms.

It will also generate plumes of silt from the mud pumped up with the nodules, most of which will quickly settle back down over wide areas of ocean floor, but some of which may remain in the water column for long periods of time, affecting pelagic organisms such as fish communities.

Things happen slowly in the cold, dark ocean depths. BGR's Rühlemann told DW that available research suggests that in benthic areas scarred by mining, recovery of the microbial community, which is the base of the benthic food web, occurs after about five decades. A spokesman for DeepGreen Metals cites other research that says it could recover within three decades. For comparison, some research indicates that soil microbe recovery remains incomplete four decades after terrestrial mining.

It is unknown, as yet, whether some benthic species exist exclusively within the CCZ region. To minimize the risk that nodules harvesting will cause biodiversity losses, the ISA has set aside nine large areas within the CCZ as protected areas, known as Areas of Particular Environmental Interest (APEIs). Two or three additional 160,000-square-kilometer (61,000 square-mile) APEIs are likely to be added soon.

Contractors are expected to allocate between 10%-30% of their contract areas as "no-take zones," offering further habitat protection.

According to Rühlemann, about 80% of the licensed areas will be left undisturbed from direct collector impact, with only the most economically viable 20% likely to be harvested. 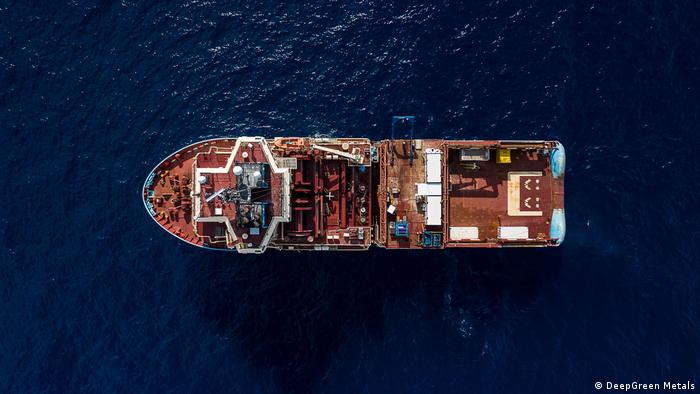 A single-ship operation can harvest about 200 square kilometers of seafloor annually and recover about 3 million tons of wet nodules per year, or 2 million tons in dry mass

"So far, the ISA has issued 16 license areas of about 75,000 square kilometers each to companies or agencies they knew have the technical resources to carry out the work to explore the area — one of which was my employer, BGR," Rühlemann explains.

To obtain a license, an applicant must first preexplore an area of 150,000 square kilometers. Once the preliminary prospection was complete, the ISA split each of these areas into two 75,000 square-kilometer units of roughly equal value, with the exploration rights for one staying with the ISA, which may assign these so-called reserved areas to developing countries, and the other staying with the exploration company.

Working from the American research ship Kilo Moana, chartered from the University of Hawaii or from the German research vessel Sonne, Rühlemann and his BGR research team have spent about 40 days sailing the Pacific every summer since 2006, taking samples in the German license area.

"About 20% of the area is of especially high commercial value, because of high nodule densities and flat seafloor topography. We've studied 4,000 square kilometers of these economically valuable areas intensively."

Referencing a 2019 report to the ISA by the MIT Materials Systems Laboratory, Rühlemann estimates that initial investment costs for a CCZ nodule mining ship and smelting operation within a single license area will be between €1.5 and €2 billion. Annual operating costs should be in the range of €200-€400 million per year, about two-thirds of which will be the costs of smelting the nodules on land, with the ship-based mining operation comprising the rest.

The overall total potential of the CCZ nodule fields, then, if all 16 current license holders each were operating one mining ship simultaneously, would be on the order of 32 million dry tons of nodule ore a year. Adding more ships per license area would, of course, speed things up.

The optimal number of harvesting operations will depend on global market demand and ore prices. Rühlemann guesses that it's likely that only 3 to 5 mining ships will operate simultaneously over the CCZ.