Deep sea mining: Charting the risks of a new frontier | Environment | All topics from climate change to conservation | DW | 24.01.2018

Deep sea mining: Charting the risks of a new frontier

Our growing demand for resources has prompted companies to turn to mining in the depths of the oceans. With help from robots, a team of German scientists is racing to map the potential environmental damage. 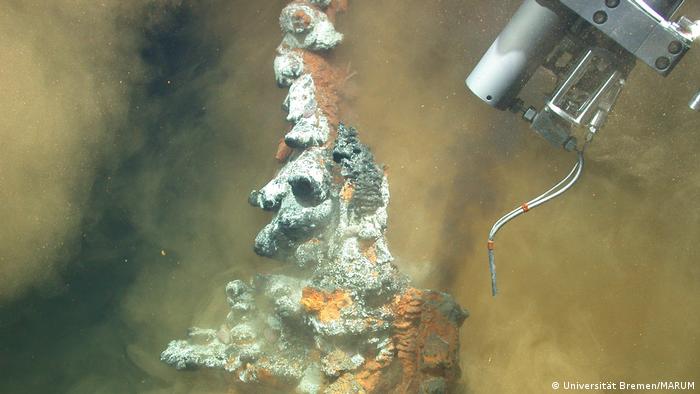 The Earth's oceans hide vast amounts of valuable minerals and metals, and as some onshore deposits run low, mining companies are looking for ways to make deep sea mining both technologically possible and profitable.

This is partly driven by the need for so-called rare earth metals to produce the magnets, batteries and microchips driving our gadgets, electric cars and wind turbines.

"New technologies have initiated the new gold rush," says Andrea Koschinsky, a professor of geoscience at Jacobs University in the northern German city of Bremen.

Read more: 5 biggest threats to our oceans - and what we can do about them

Some deep sea mining machines have already been built, and many countries have bought permits for deep sea mineral prospecting in a massive 1.2 million-square-kilometer (463,322-square-mile) area of the eastern Pacific Ocean. 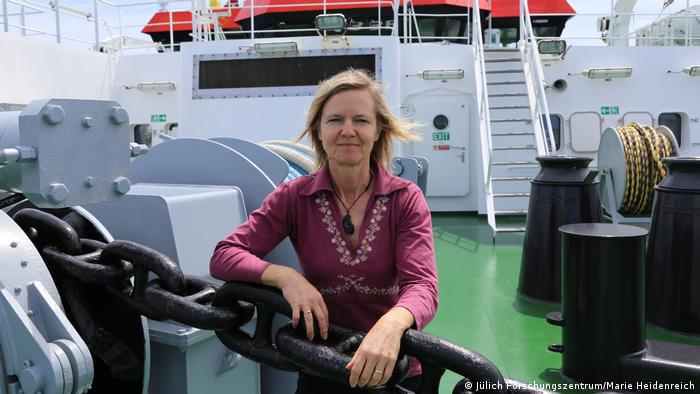 Environmental risks in a new frontier

Although no activity has started yet, environmentalists are alarmed about the potential impact on ecosystems.

Koschinsky and her team are studying the impact of machinery several kilometers down on the sea floor, where life has existed for possibly billions of years and never before been disturbed by man.

When she is not in her office, you might find her on a scientific vessel, overseeing submarines and robots exploring the dark depths of our oceans. This is the new frontier for mining companies looking for metals which could soon be in short supply onshore.

Read more: Our oceans need a government, too

Until now, deep sea mining has been hampered by high costs and technological challenges. The most feasible method would be to harvest so-called nodules — potato-shaped rocks made of manganese oxide — from the flat sea floor some 4 kilometers (2.5 miles) down. 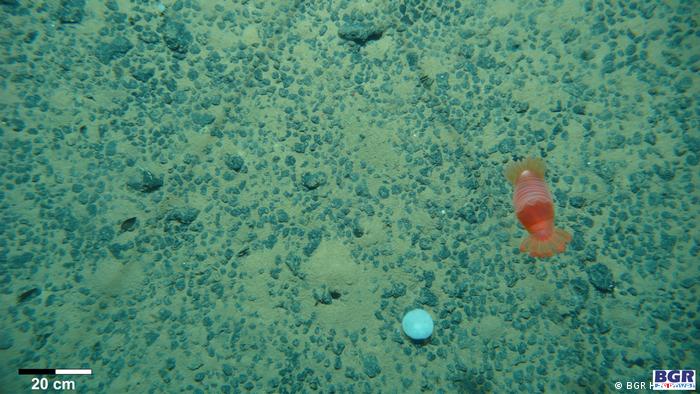 These could simply be picked up by specialized machinery, before being brought to the surface to be processed."It is still associated with high cost in the beginning, but once these investments have been made — and some prototypes of well-functioning machines exist — I think it should be possible from both technological and financial sides," Koschinsky says.

Help from Wally the robot

Laurenz Thomsen is also a professor of geoscience at Jacobs University, working alongside Koschinsky. Using a range of heavy robots, he studies the impact their caterpillar tracks have on the soft seafloor sediment.

This is mimicking what heavy mining machinery would do when scurrying back and forth to collect the metal-rich nodules found there.

They call one machine Wally — "because it looks a bit like the robot in the Disney animation film WALL-E," he explains, as he shows a yellow deep-sea robot equipped with a webcam and measurement systems, for everything from temperature and pressure to methane concentration and turbidity.

Read more: Ocean College: Water is precious when you're at sea 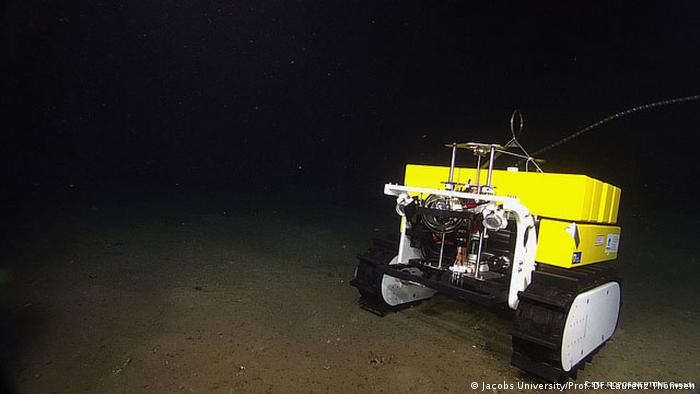 Meet Wally, one of the robots helping scientists map the impact of machines on the ocean floor

His team has been studying what they call "the snow" — tiny particles that are whirled up when the seabed is disrupted.

"I'm responsible for analyzing particle behavior — how the 'snow' forms," Thomson says. He's also looking at how this affects the animals on the seafloor.

"They are very fragile animals. They actively catch particles, and you can only find these types of animals in the deep sea when there's enough organic matter settling down." 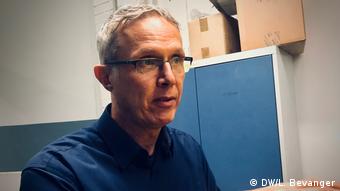 Laurenz Thomsen studies life at the bottom of the sea

Manganese oxide nodules do not represent the only mining opportunity out there. So-called hydro-thermal vents, deep sea chimney-like structures spewing out minerals straight from the Earth's core, have also caught future prospectors' eyes.

Because of the warmer waters forming around these structures, they can be home to complex ecosystems. Yet Koschinsky is less worried about the possible impact on these areas from mining operations.

"These organisms are adapted to relatively quick and drastic changes," she says.

"They live in a toxic environment anyway," she explains. Such systems are frequently hit by volcanic eruptions, and then a new vent system comes up. "So they can probably recover relatively quickly."

Better prepared than ever

Environmental organizations are warning against a rush to explore resources hidden under the seabed, instead urging world leaders to create vast ocean sanctuaries to protect life in our oceans from further disruption.

A new study of current mining proposals around the world, published in the journal Frontiers in Marine Science, warns of "long-lasting and possibly unforeseen consequences."

Is this the cutest deep sea octopus?

In the paper, researchers at the University of Exeter and Greenpeace highlight that there are still many "questions and uncertainties" surrounding the deep-sea mining, including legal issues and problems associated with predicting, then later tracking, the scale of any effects.

Yet some scientists point out that this time, at least, we are better prepared to avoid negative environmental impacts — unlike damage that has resulted from the exploits of petroleum companies, large-scale fisheries and onshore mining programs.

"Maybe for the first time in humankind's history, we think about the potential environmental damage before somebody starts getting resources out of the ground," says Jens Greinert, head of the deep sea monitoring research unit at the GEOMAR Helmholtz Center for Ocean Research in Kiel, Germany.

"On land nobody asked, with oil and gas nobody asked before," he adds. "All the regulation was established after the damage was made. Now we're doing it jointly together before something happens."

The world's first major deep sea mining program is set to begin in 2019, in the deep waters off Papua New Guinea. There, a new deep sea mining company plans to start looking for copper, zinc, gold and silver. Environmentalists and the mining industry will be monitoring their success, or lack of it, very closely.

The tiny Pacific island nation of Niue has plans to create a huge marine sanctuary to combat overfishing. It's one of several marine protected areas announced over past weeks. (06.10.2017)

In Malta, experts from around the world have come together at an EU-hosted conference to seek measures to protect our oceans. The conference's aim is to establish concrete projects worldwide. Will they succeed? (05.10.2017)