The tiny Pacific island nation of Niue has plans to create a huge marine sanctuary to combat overfishing. It's one of several marine protected areas announced over past weeks. 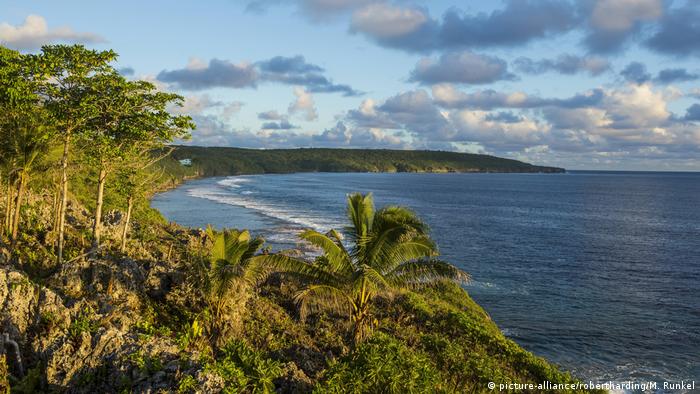 Although small in size, the island of Niue made big waves on Friday at the Our Ocean conference in Malta with its announcement to turn 40 percent of its exclusive economic zone into a marine park.

Niue, which has a population of roughly 1,600, lays claim to vast tracts of ocean due to its remote location about 2,400 kilometers (about 1,500 miles) northeast of New Zealand.

The island's Premier Toke Talagi said his government wants to stop the depletion of fish stocks and give the ocean space to heal to protect the environment for the next generation.

"This commitment is not a sacrifice - it is an investment in the certainty and stability of our children's future," he said. "We simply cannot be the generation of leaders who have taken more than they have given to this planet and left behind a debt that our children cannot pay."

Niue is the latest government to step up its marine protection.

The Rapa Nui marine park is roughly the size of the Chilean mainland, and will protect more than a hundred endemic marine species - of which 27 are threatened with extinction.

Poky Tane Haoa Hey, an indigenous leader on the Easter Island, has welcomed the move. "That's very important for my people. We are islanders. The land is where we walk, but the sea is where we live. This protection is an honor to my people."

Together, the three new marine parks would protect an area twice the size of Germany.

In Malta, experts from around the world have come together at an EU-hosted conference to seek measures to protect our oceans. The conference's aim is to establish concrete projects worldwide. Will they succeed? (05.10.2017)