Multinationals polluting oceans with plastic in the Philippines | Environment | All topics from climate change to conservation | DW | 22.09.2017

Plastic washed up on Manila's beaches can be traced back to Western brands in cashing on Asia's "sachet economies," activists say. 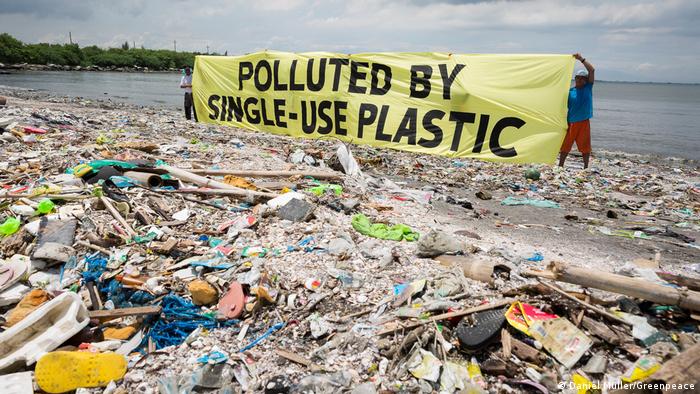 Styrofoam packaging, discarded flip-flops, plastic bags, straws - and lots of tiny packets that once contained single-servings of everything from shampoo to food.

Environmental activists say the items they found auditing plastic trash washed up in Manila Bay in the Philippines show multinational brands profiting from growing Asian economies at the expense of the environment.

The audit was done by volunteers with Greenpeace Philippines and the #breakfreefromplastic movement. They say the Philippines is one of the  worst polluters of the world's oceans, and blame companies like Nestlé, Unilever, and Indonesian company PT Torabika Mayora for the problem. 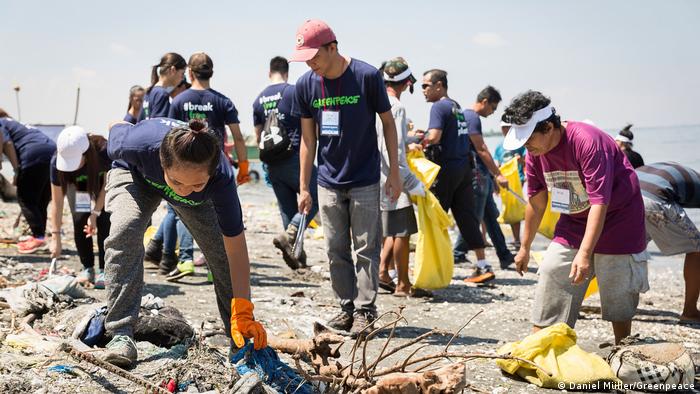 Volunteers pic up trash on Freedom Island in Manila Bay

"These corporations are the missing piece in the global fight against plastic pollution," Abigail Aguilar of Greenpeace Philippines said in a press release. "Citizens are burdened with the social and environmental impacts of plastic waste, rather than those that are responsible."

The audit turned up more Nestlé packaging than that of any other brand - at 9,000 pieces. 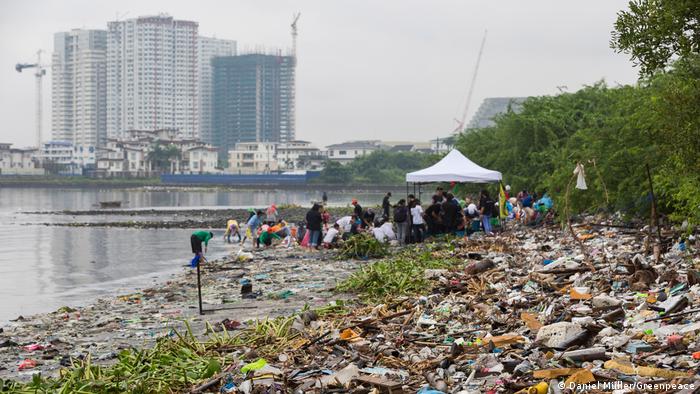 A McKinsey study published in 2015 ranked the Philippines as the third worst plastic polluter of the world's oceans, behind China and Indonesia. Thailand, Vietnam and Malaysia also made it into the top 10.

Greenpeace says that with growing economies, "new-found spending power" in these countries has led to "exploding demand for consumer products that has not yet been met with a commensurate waste-management infrastructure."

Companies are reaching these markets with products packaged in affordable single-use sachets that end up scattered as litter, and ultimately as landfill or marine pollution, Greenpeace says. 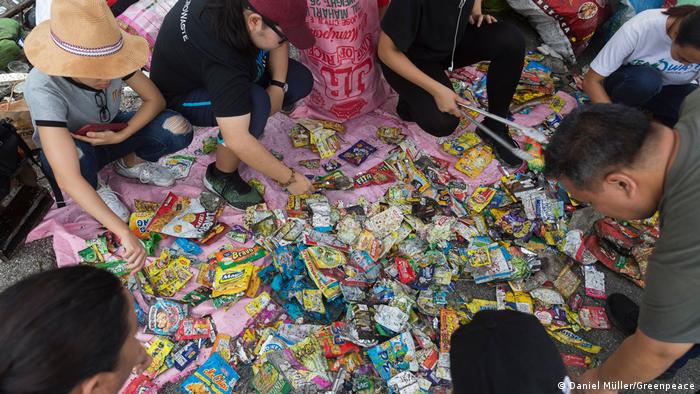 The organization is calling on companies to rethink their approach to marketing and distributing their goods.

"They could for instance practice extended producer responsibility where companies substitute non-reusable and non-recyclable products with new systems, such as refillables - prevention instead of end-of-pipe waste management," Aguilar said.

"In the long term they'll see this will yield strong environmental and economic benefits," she added.

G20 agrees on plan to reduce plastic in oceans

G20 states have developed an action plan to battle plastic and waste entering the world's oceans. By some estimates, if nothing is done there will be more plastic by weight than fish in the oceans by 2050. (02.06.2017)