A study published in this week's issue of Science Advances estimates the total amount of plastic ever produced throughout the world to be 8,300 million metric tons. 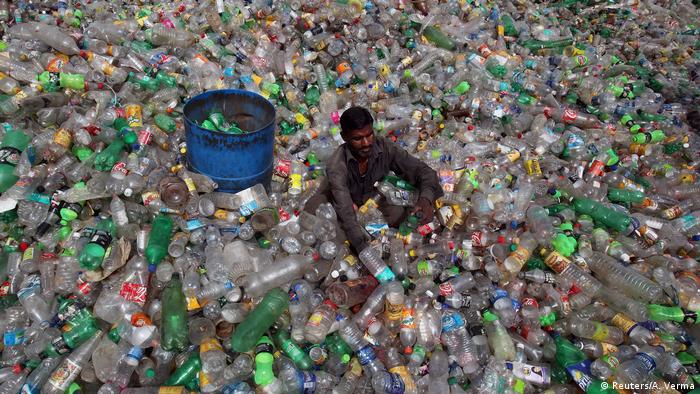 Industrial-scale production began in the 1950s and has been gathering pace ever since. Two years ago, the total amount of plastic produced was 8.3 billion tons. Of that, 6.3 billion had turned into plastic waste. Only 9 percent of that waste was recycled and 12 percent was incinerated. A whopping 79 percent ended up in landfills or the environment.

But how much is 8.3 billion metric tons? Imagine an impossibly large heap weighing 18,400 times as much as Dubai's Burj Khalifa, the tallest building in the world. Or to put it in a German perspective, think in terms of 320,000 times the weight of Berlin's iconic TV tower.

Getting the picture? It is also the equivalent weight of 56,000 Nimitz-class aircraft carriers or about 55 million (yes, million) jumbo jets.

Castle of plastic bottles shows the way to reducing waste

Plastic waste is a growing problem worldwide - especially for the planet's oceans. The dilemma has inspired a Canadian entrepreneur to start using old plastic bottles to build homes on an island off Panama. (26.06.2017)