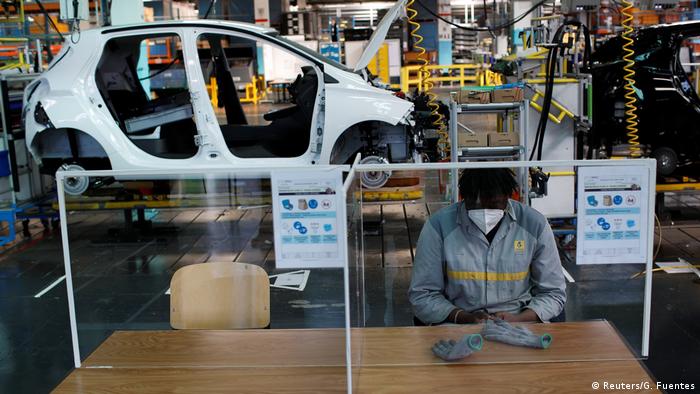 On Tuesday, France's President, Emmanuel Macron, unveiled a plan worth €8 billion ($8.8 billion) for the country's automotive industry. A part of the stimulus will be directed to boost local manufacturing of electric and hybrid cars, and incentivize buyers towards lower-emissions models through increased government subsidies.

"We need to not only save the industry but transform it," said Macron at a press conference at a factory of Valeo SA, a French automotive parts maker.

France is among the world's premier car manufacturing countries — home to Renault, Citroen and Peugeot, and to the world motoring federation, the FIA.

Macron said that France would increase the government's contribution towards people buying new electric cars to €7,000 from the current €6,000. Companies buying electric fleet cars would be eligible for €5,000. Electric cars remain considerably more costly than equivalent models powered by internal combustion, often weighing in at around twice the price.

People buying new diesel or petrol cars may also qualify for up to €3,000 — if they can demonstrate their new vehicle is cleaner than their old one. Macron expects the stimulus to boost sales of unsold cars in French showrooms.

France's premier also insisted that the car models currently being manufactured in France shouldn't move abroad. Under the stimulus plan, France aims to produce over 1 million clean energy cars by 2025.

Renault gets its loans, but must keep French factories open

Renault is expected to unveil a cost-cutting plan worth $2.2 billion (€2 billion) this week. Under the plan, the automaker may slash up to 5,000 jobs over four years and repurpose and close some plants, according to French daily newspaper Le Figaro.

On May 26, unions blockaded a Renault factory in western France, fearing factory closure and job losses owing to the coronavirus pandemic. About 400,000 people are directly employed in the automotive industry in France.

A draft proposal seen by German media suggests the EU is planning on pumping billions into its shattered auto industry. However, the aid would be contingent on promoting "cleaner cars." (20.05.2020)

Former head of Renault-Nissan Carlos Ghosn in his first public appearance since skipping bail blamed a "plot" against him for his fall. Here's how he went from feted CEO to fugitive. (08.01.2020)

Ukraine war: French companies in Russia under pressure to leave 29.03.2022

French companies in Russia are increasingly coming under pressure to exit the country. But leaving is not an easy decision and could even be counterproductive for the West, say some economists.