Germans trust China more than the US, survey finds

Germans have little faith in the US as an ally under President Donald Trump, a survey has found. More than 40 percent even trust Beijing more than Washington. 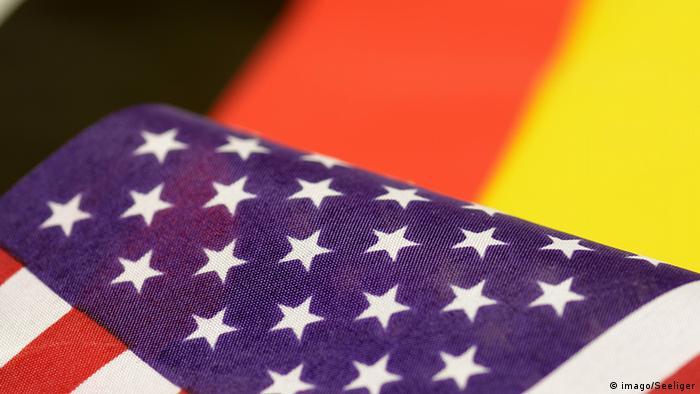 Germans have an increasingly negative view of the relationship between their country and the US, a survey released on Friday indicated, with many seeing China as a more reliable partner.

Just over 42 percent of Germans who took part in the study said they saw China as a more reliable partner than the US, compared with 23.1 percent who favored the US over China.

The study was carried out by the research organization Civey and the not-for-profit group Atlantik-Brücke (Atlantic Bridge), which promotes greater cooperation between the US and Germany.

In the survey summary, Michael Werz, from the Center for American Progress think tank and a member of the Atlantik-Brücke board, said that "despite all legitimate criticism of the current US government," Germans should "not let anti-American sentiment blind them to the dangers emanating from the authoritarian systems of Russia and China."

Some 85 percent of Germans have a negative or very negative opinion of current US-German relations, with only just over 10 percent viewing them in a positive light.

A clear majority (57.6 percent) said they were in favor of putting more distance between the two trans-Atlantic allies. Only 13.1 percent said they would prefer to see the nations work more closely at present.

The survey took place with ties strained between the two countries. President Donald Trump has on several occasions criticized Germany for its export activity, low defense spending and reliance on Russian gas. Comments from the US president have, in the past, led to concerns about his commitment to NATO, and his willingness to honor the bloc's mutual self-defense pact.

Burkhard Schwenker, deputy chairman of the Atlantik-Brücke, said the poll showed the need to push for more dialogue between the two allies at all levels.

"Given the huge loss of confidence in the US, we need to engage more than ever in our talks with and about America," said Schwenker.

While Germany still seeks to maintain friendly ties with the US, many of the country's political leaders have spoken publicly about an erosion of trust after Washington withdrew from several international treaties. They include the Paris climate accord and the 2015 nuclear deal with Iran.

Read more: Opinion: Is Germany courting China and abandoning the US?

The survey was carried out in November and December last year and involved some 5,000 participants.

A briefing document for Trump's last meeting with Angela Merkel, obtained by DW, underscores the White House's view of Germany. The paper focuses on Germany's demographic challenges and includes some trivial "tidbits." (10.11.2018)

Trade frictions could cause 'major recession in Germany'

Germany's leading economic institutes have warned a protracted trade conflict with the United States could have dire consequences for Europe's economies. Jobs and prosperity are at stake, the think tanks argued. (27.09.2018)