The Social Democrats slipped to 11% in a new Forsa poll, falling behind the far-right AfD. The environmentalist Greens remain the most popular party in Germany at 27%. 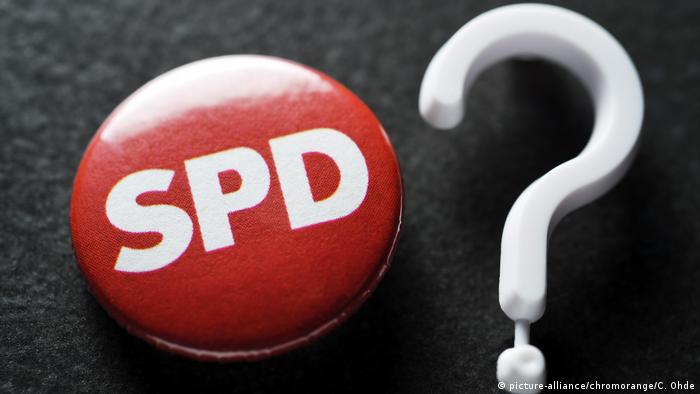 The news just keeps getting worse for the Social Democratic Party of Germany (SPD). A new Forsa Trend Barometer poll published on Saturday shows the SPD slipping another percentage point since last week, down to 11%. It is the party's worst result since 1949.

The SPD, a junior coalition partner to Chancellor Angela Merkel's Christian Democratic Union (CDU) and its Bavarian sister party, the Christian Social Union (CSU), has drifted further into disarray since its leader Andrea Nahles stepped down two weeks ago after embarrassing defeats in EU and regional elections.

The CDU also remained at a record-low 24% approval rating in this week's Forsa poll.

Future of the coalition in jeopardy?

Many in the SPD feel it would be better to quit the coalition and rebuild in the opposition. The party is currently being headed by a trio of leaders and is in the process of finding a replacement for Nahles.

Her departure has fueled speculation over the future of the federal coalition, with many prophesying its collapse and Merkel's departure. The chancellor has brushed off such talk and vowed to serve out her term, which ends in 2021. The coalition parties will hold a midterm review this fall.

The big winner this week was the environmentalist Green Party, which remains at 27%. Trailing the Greens and the CDU was the far-right Alternative for Germany (AfD) at 13%, having added a point. The business-friendly Free Democratic Party (FDP) was up one point at 9% and the Left Party remained at 8%.

Forsa polls are conducted weekly for broadcasters RTL and n-tv. The institute polled 2,001 voters between June 11 and June 14. The polls have a margin of error of 2.5%.