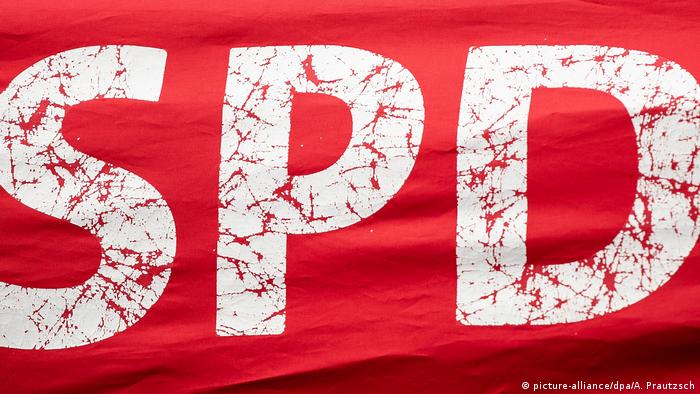 While the resignation of Andrea Nahles as leader of the center-left Social Democrats (SPD) can be perceived as a sudden heart attack for Germany's political landscape, her departure is the latest symptom of a sickness plaguing the party: an identity crisis stemming from years of political miscalculation and electoral setback.

Turning inward to resurrect the SPD, Germany's oldest political party, which has become a shadow of its former self, will be a tall order for its next leader — and a process that could require drastic measures to catalyze rebirth, analysts told DW.

The immediate trigger for Nahles' resignation was the SPD's abysmal performance in the May 26 European Parliament elections. The party secured only 15.8% of the vote, an 11.4-percentage-point drop from 2014's EU elections and its worst-ever result in a nationwide poll. Nahles was assigned the lion's share of responsibility for the disaster.

But the root of the party's modern woes lies in the tenure of the last SPD chancellor, Gerhard Schröder, who governed Germany from 1998 until 2005.

Founded in 1863, the SPD was traditionally a bulwark for policies that protected workers, promoted public services and guaranteed fair living standards. Under Schröder the party took more pro-market stances, such as introducing the controversial welfare reform known as Hartz IV, which toughened job-seeking requirements for unemployment benefits and state aid.

"They never had a majority position on Hartz IV, about whether it was good or bad," said Olaf Böhnke, a senior adviser with Rasmussen Global in Berlin. "They never managed to find an SPD narrative for that." 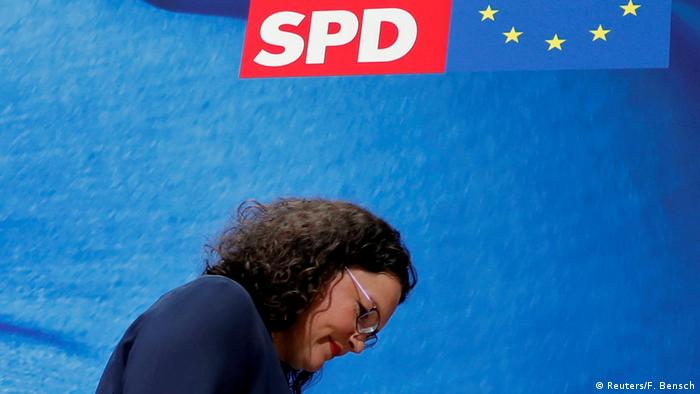 The party's identity only became muddier when it joined Chancellor Angela Merkel's conservative government in 2005 as the junior partners in a so-called grand coalition, following an exceedingly close election. The SPD repeated the arrangement after losing even more vote share in 2013 and 2017.

In the grand coalitions, the SPD begrudgingly signed on to unpopular austerity measures and made compromises on abortion regulation. It also found itself co-opted on popular social issues like gay marriage, and failed to capitalize on bread-and-butter policies like the introduction of a minimum wage.

The SPD "time and again had to fight for visibility and make compromises" when governing jointly with Merkel's conservatives, Thorsten Faas, a professor of political science at Berlin's Free University, told DW.

When weighed against the SPD's coalition concessions, voters largely saw the party's fights for better rent-control and higher pensions as inauthentic. They have dealt the SPD consistent losses in regional strongholds ever since the party joined the latest iteration of the grand coalition in 2018, a decision that Nahles spearheaded out of "civic duty," but that further divided the party.

"It's not a grand coalition anymore," Annika Klose, leader of the state of Berlin's youth faction of the Social Democrats, told DW in reference to the party's losses. "They expect us to do more and we cannot fulfill what we want to do with the conservatives."

The party secured 40.9% of the vote in 1998 but is now polling at just 12%, according to a Forsa Institute poll published the day before Nahles' resignation.

"For the last 15 years, the question is: What do I get if I vote for the SPD? Nobody has managed to answer that question," said Böhnke.

As the SPD struggles to distance itself from its long-term problems and define its way forward, analysts think it can learn important lessons from the EU elections, in which some social democratic parties in other countries bucked the trend of flagging support.

Social Democrats in Spain, Portugal, the Netherlands and Denmark delivered electoral gains in the elections with direct policy answers to questions about affordable housing and job growth.

While each country's political situation is different, Böhnke thinks that the SPD in comparison positioned itself too broadly, especially on matters of climate change, which became the number one issue for Germans at the ballot box. The SPD hemorrhaged over 1 million voters to the environmentalist Green Party, which secured 20.5% of the vote.

"It didn't help the SPD … to try and hop on that train and make people believe that they're the real defenders of the environment," said Böhnke. "You need a clear SPD-shape to what you're proposing. It has to be based on logic and social-economic principles." 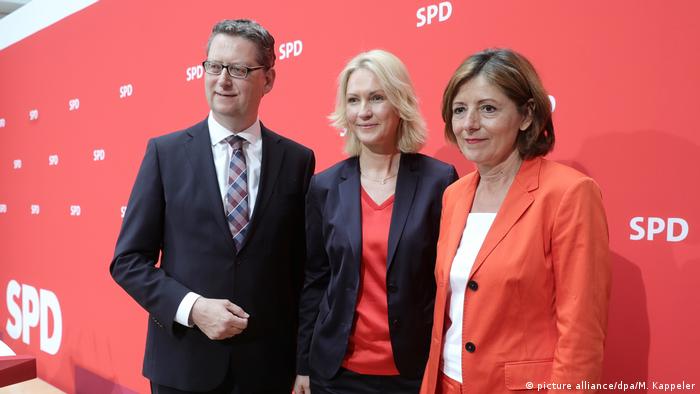 Manuela Schwesig (M), state premier of Mecklenburg-Western Pomerania, Malu Dreyer (R), state premier of Rhineland-Palatinate, and Thorsten Schäfer-Gümbel (L), leader of the SPD in the state of Hesse, will lead the SPD as an interim team

Rising from the ashes?

Going forward, a future SPD leader will have many questions to clarify about the party's direction, said Faas: "Grand coalition or not? To the left or to the right? And above all else, the party has to be unified."

That's no easy task, due not only to the identity crisis facing the party but also to the power vacuum in party leadership. Manuela Schwesig, Malu Dreyer and Thorsten Schäfer-Gümbel, three vice chairpersons of the SPD, will lead the party in Nahles' wake until a new leader can be chosen. But none check all the boxes needed for a full-throttled revival, said Böhnke.

"It's the one-million-dollar question," he said of who could replace Nahles. "It should be someone from the moderate camp with demonstrative bipartisanship. It can't be someone from the cabinet — it has to be someone respected within the party but not closely linked to the grand coalition."

Ultimately, it might take a radical move — like resigning from Chancellor Merkel's government and triggering snap elections — for the party to experience a sustainable rebirth.

"The SPD has to crash brutally on the ground before the party can reinvent itself," said Böhnke "Maybe this is the moment now."

Three SPD politicians, including two state premiers, are set to provisionally lead the party after Andrea Nahles announced her resignation. When the party will elect a new leader will be determined later this month. (03.06.2019)

The German press has been pondering the fate of Andrea Nahles after her decision to quit as Social Democrat leader. Newspapers speculated on the future of the ruling coalition and the possibility of a general election. (03.06.2019)