Greece is in need of more financial help from the EU. While resistance to another bailout is strong, the German government is insisting that its own interests are at stake as well. 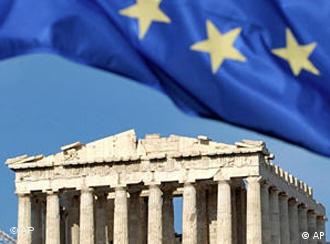 There are deep divisions in Greece about austerity plans

German Finance Minister Wolfgang Schäuble called for quick action on new emergency loans to Greece on Friday in an address to the German parliament.

"The situation in Greece and Europe is serious," he said, adding that the danger of Greece defaulting on debt would mean danger for the whole eurozone and global economic development.

Schäuble also called for the participation of private investors in a new rescue package.

"If there are doubts about the ability of Greece to pay back its debt and we must win time with a new package, then the involvement of the private sector in the solution of the problem is unavoidable," he said. 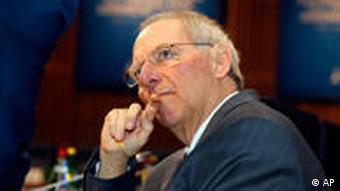 Schäuble said the involvement of the private sector was "unavoidable"

Schäuble said the Eurogroup, the meeting of eurozone finance ministers, would create a working group that would "assess the narrow window between involving private investors and seeing potentially negative consequences for financial markets.

Germany's position on private investor participation in Greece's rescue is at odds with that of the European Central Bank, which said Thursday that it opposed any kind of private participation that was not "purely voluntary."

Greece has received a 110-billion-euro ($159 billion) emergency loan package from the European Union and International Monetary Fund, but needs more loans to stay afloat and avoid a default on government bonds.

EU leaders are due to meet in Brussels in two weeks to finalize a new rescue package that could total 120 billion euros.

The Greek cabinet on Thursday approved a new round of austerity measures and privatizations, clearing it for debate in parliament.

Greek Prime Minister George Papandreou on Friday invited opposition parties to put forward proposals for a new austerity plan, claiming that this would improve Athens’ position in talks with the European Union. "I call on the leadership of all parties to cooperate," said Papandreou. "We must show that we are able to overcome party divisions."

Some members of Papandreou's Socialist party are reluctant to support the cuts, saying they have increased social injustice while failing to achieve their goals. Greece has also seen numerous mass demonstrations opposing the government's austerity policies.

The Greek cabinet has agreed to introduce a new round of austerity measures in a bid to appease its creditors following an international bailout. Disgruntled Greek workers took to the streets to protest against the cuts. (09.06.2011)

An IMF official has said European leaders must take tough decisions on Greece before the IMF releases its latest installment of the country's rescue package. One option is giving Athens more time to repay the loans. (07.06.2011)

Greece gets EU, IMF thumbs up for next aid tranche