French President Macron has said boosting cooperation with Germany was crucial to regaining the trust of European voters. His comments came ahead of his first EU leaders summit in Brussels. 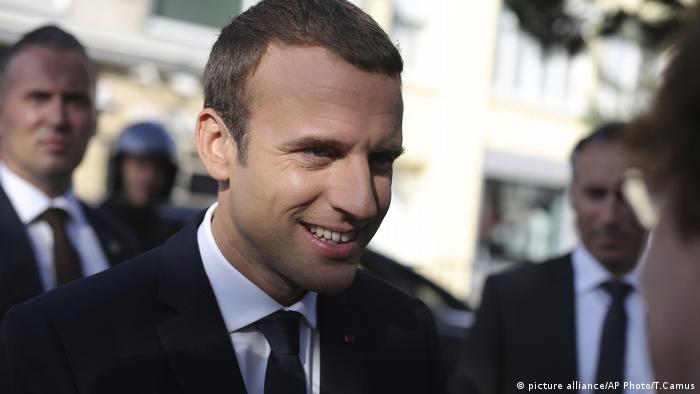 French President Emmanuel Macron on Thursday called on Germany to work alongside France in fostering a fresh approach to European politics and winning back the trust of people feeling disenfranchised by the EU.

Speaking to a number of European newspapers ahead of his first EU leader summit in Brussels on Thursday, Macron said the greatest threat facing the bloc was the propensity for lawmakers and voters to veer away from liberal policies.

"The question now is: will Europe succeed in defending the deep values it brought to the world for decades, or will it be wiped out by the rise in illiberal democracies and authoritarian regimes," he said.

The French president called on Germany and France to drive the necessary reforms needed to reconcile citizens with the European project. Macron's policy roadmap would see the EU promote "greater economic and social wellbeing" and introduce tighter rules on workers and make it harder for companies to employ low-wage labor from eastern Europe.

"One country's strength cannot feed on the weakness of others," Macron told reporters. The French president insisted that German Chancellor Angela Merkel was in total agreement and realized the need for deeper cooperation. "Germany, which underwent a series of reforms around 15 years ago, is realizing that this isn't viable," he said.

One area where Macron's vision has drawn skepticism in Berlin concerns the euro currency. The French president has called for a common eurozone budget and a democratically controlled "Euro Ministry."

Reports last month suggested that the proposal had been rejected in Berlin by German Finance Minister Wolfgang Schäuble.

However, Macron insisted on Thursday that it was the "only means of achieving more convergence within the eurozone," and that "Germany does not it deny it."

On Tuesday, Merkel signaled that she would be open to the idea of a eurozone budget.

"We could, of course, consider a common finance minister, if the conditions are right," the chancellor said in a speech at the annual congress held by Germany's largest industrial lobby, the Federation of German Industries. However, Merkel ruled out any European body taking responsibility for member states' risks and liabilities for debt.