French President Emmanuel Macron has his work cut out for him in his quest to push for EU reforms. He may exude confidence, but does he have France's trust to stand up to Angela Merkel? Jake Cigainero reports from Paris. 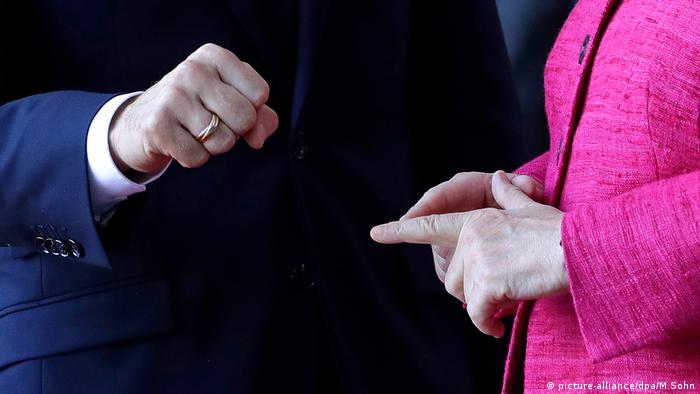 It was a tall order for the new president's first day of business, first announcing his prime minister in Paris and then traveling to open discussions on the state of the European Union with German chancellor Angela Merkel.

Having campaigned on promises to fight for reforms on EU treaties, Macron's meeting with Merkel was an important debut performance of diplomacy. Some of Macron's monetary reforms and euro-zone proposals have already raised alarms with German officials, so the visit also stood to prove to the French that Macron is capable of standing firm with Europe's greatest power and pushing the French agenda forward.

Macron may have won the presidential race, but his election was not necessarily one of French confidence. Many voted reluctantly for him in the runoff to keep out the extreme right. Just one week after his election, he still has to earn much of France's trust.

Quentin Girou, 24, didn't vote for Macron in the first round and abstained in the second. He agrees with the president's proposed labor reforms, but ultimately sees him as a "combination of everything that has failed on the left and the right." Girou doesn't think Macron will make any real progress with Germany on EU policies.

"He's not strong enough. Economically we are weaker compared to Germany. In social and liberal terms, he has the same ideas as Merkel," Girou told DW. "At best, they will have a good partnership."

Etienne Protais, 37, also doesn't think Macron has much clout against the German chancellor. "In reality, I'm not sure he really wants to reform. The French economy is less and less ok. I don't know if he has enough power to negotiate with Merkel."

Europe was one of the main reasons Martine Boireau voted for Macron. She thinks the former banker can get Germany's buy-in. "For me, Europe is paramount," she said. "I'm very confident in everything he has said and the route he has traced." 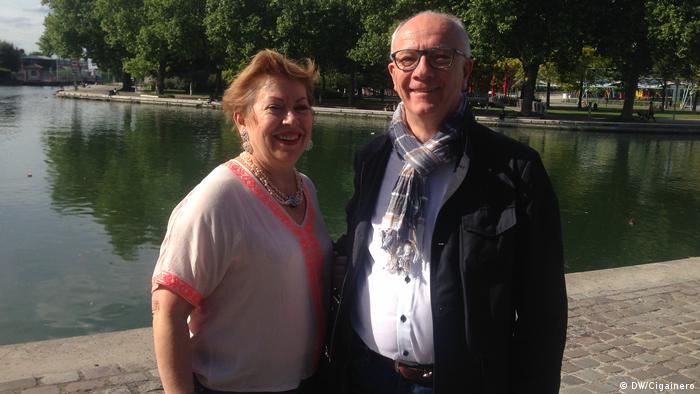 Macron sent a strong signal at his inauguration that Europe and Franco-German relations are major priorities by appointing Philippe Etienne as a special adviser. Etienne is currently the ambassador to Berlin and has also served as a top envoy to Brussels.

Thomas Gomart, the director of the French Institute of International Relations (IFRI), says two images came out of the presidential race: one of Macron meeting Merkel and another of Marine Le Pen meeting with Vladimir Putin.

"There is a special relationship with Germany which will be developing in the coming months," Gomart told DW. "It's important now because of economic imbalance, and if there's no more coordination it will be difficult to progress on the European Project."

Even though Gomart says the French lack economic credibility, Germany doesn't hold all the cards. France, he says, has the military and political advantage.

"The imbalance is visible in the economic field but less in the political and military fields. There's a need for better military coordination in order to increase credibility of European countries as regional and even global players," Gomart said. "And it can only be done with tight links between Paris and Berlin."

The state of Europe

Stoyanka Smilov, 65, is a naturalized French citizen from Bulgaria. She said she voted for Macron because he is young and offered hope. 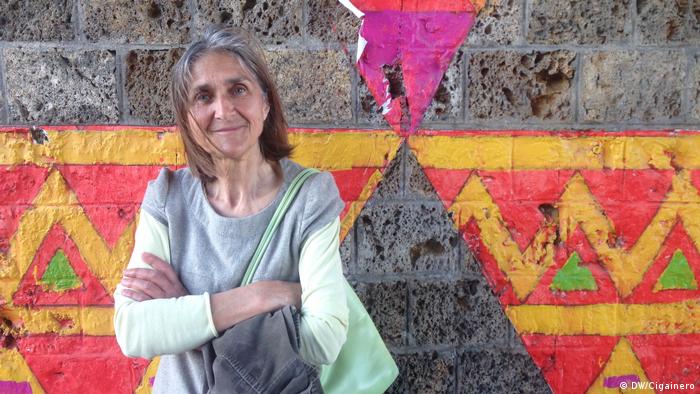 "I hope Merkel will see his point of view," she said. "Europe is now in an unbearable state."

Before tackling the Eurozone, Macron will first have to cement his domestic authority with legislative elections next month, and prove his domestic policies, such as his controversial labor reforms, are good for France.

Then, if Macron succeeds in negotiating beneficial reforms in the next five years, Germany might still remain the bloc's economic force. But France could become the new leading power by gaining the support of the EU's weaker countries such as Italy, Spain and Portugal if restructuring loosens Germany's grip.

Merkel may have conceded that she's willing to negotiate treaties, but Alain Pannetier isn't sure it's Merkel that Macron will have to convince to reform the EU.

"The problem is on hold. We have to see if Merkel will be re-elected," he said. "To make Europe evolve is going to take years."

Boireau agreed that Macron has his work cut out for him, and that change is not going to happen overnight.

"It was just his first day, the poor guy!" she said laughing.

French President Emmanuel Macron has named centrist Le Havre Mayor Edouard Philippe as his prime minister. The naming of other ministers, usually announced at the same time, has been delayed until tomorrow. (15.05.2017)