Macron's appointment of Philippe Etienne as top foreign policy adviser was met with applause in Berlin and Brussels. It signals Macron's pro-EU stance and the importance of Franco-German relations. 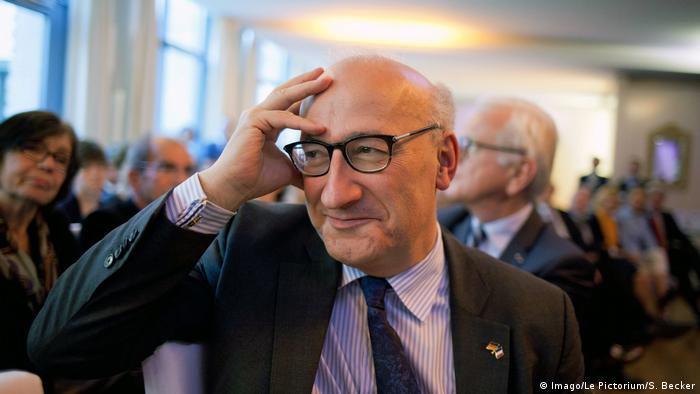 Philippe Etienne, a 61-year-old career diplomat, is well-known and respected in Berlin and Brussels.

"This is very good news. Philippe is an authority on EU affairs and a promoter of Franco-German friendship," Martin Selmayr, the head of cabinet for European Commission President Jean-Claude Juncker, said on Twitter.

Etienne assumed the ambassador post in Berlin in 2014. Earlier in his career, he was a diplomat at France's embassy in the former German capital of Bonn. Between 2009 and 2014 he was France's top representative to the EU in Brussels.

The announcement comes as Macron prepares to make his first foreign visit to meet with Chancellor Angela Merkel on Monday, highlighting the importance of the Franco-German relationship during troubled times for the EU as Britain prepares to leave the bloc.

Macron said Sunday at his inauguration that he would like the European Union to be "reformed and relaunched" as well as "more efficient, more democratic" during his term.

Emmanuel Macron has been inaugurated president of France on a day filled with pomp and ceremony. After a bold and unexpected rise to the top, he now faces the task of governing a polarized nation. (14.05.2017)

Emmanuel Macron has big plans for Europe. In order overcome the current crisis, he wants more community, more solidarity and more investment. And Germany is worried that it will have to foot the bill. (11.05.2017)