German politicians from across the spectrum have welcomed French President Emmanuel Macron's plans for strong reforms. Macron's party is on track to seize control of the parliament. 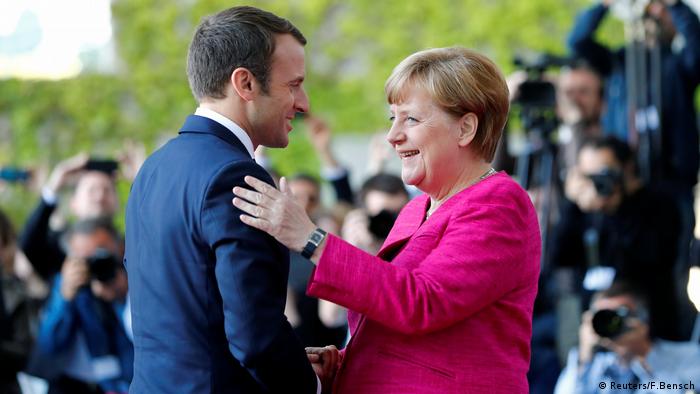 Macron's centrist La Republique En Marche (LREM) won more than 30 percent of the vote, putting it and the allied Modem faction on track to take between 415 and 455 seats in the 577-seat National Assembly.

"My heartfelt congratulations to Emmanuel Macron on the great success of his party in the first ballot," Merkel was quoted as saying by government spokesman Steffen Seibert on Twitter.

"A strong vote for reforms," she said, referring to Emmanuel's promised labor and economic changes, which could strengthen the Paris-Berlin alliance.

LREM won one of the largest parliamentary majorities in the history of France's Fifth Republic, allowing Macron to implement a range of changes he promised ahead of the presidential election a month ago.

Macron had called for a reform of the EU, including a strengthening of the eurozone through a common budget, as well as introducing "new executive powers" over the currency: a "euro chamber" and a "euro commissioner."

During a meeting between the pair in Berlin last month, Merkel said they both wished to develop a "road map" to strengthen the EU and the eurozone.

"I'm happy for Emmanuel Macron," the leader of the Social Democrats (SPD) wrote on Twitter in French. "To reform Europe, he needs a majority - and also a new government in Germany," he said, referring to September's Bundestag elections.

In another post, he wrote in German that "to reform Europe, we also need a change in Germany in September."

Macron's party is more closely aligned with Merkel's Christian Democratic Union (CDU) than with the SPD.

Foreign Minister and Vice Chancellor Sigmar Gabriel congratulated Macron on his "renewed victory," stressing a pro-EU view of the election.

"Macron is convincing, not only in France but also in and for Europe," the SPD chairman wrote.

As economy minister two years ago, Gabriel co-authored a paper with Macron, his counterpart at the time, setting out a plan for changes to EU law.

Hans-Peter Friedrich, the deputy chairman of the CDU in the Bundestag, said Macron's victory would support German-French plans for changes to the European Union.

"France now has not only a determined, but also a capable president," a requirement "if Germany and France want to promote Europe together," he told German daily Die Welt.