Europe looking to find its platform for the digital age | Business | Economy and finance news from a German perspective | DW | 21.11.2018

What binds the most successful companies in the world together? According to some, it's so-called "platform" business models. And if European firms want to compete in the digital age, they need to catch up. 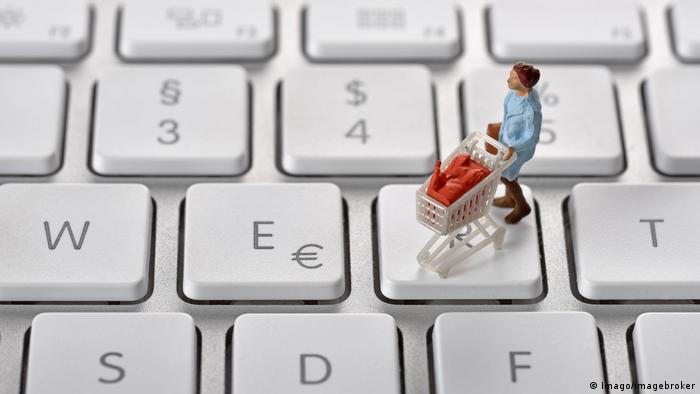 "While we are talking, a revolution is happening!" declared German Economy Minister Peter Altmaier as he opened the Platform Economy Summit in Berlin on Tuesday.

The three-day conference in the German capital is focused on the concept of "platform" business models as a tremendously powerful driver of commerce and innovation in the digital age.

A platform business model is described by the organizers as "a business with a focus on facilitating interactions and transactions between multiple producers and consumers over a shared technical platform."

Although the concept itself is not as well-known as its most spectacularly successful exponents — think Apple, Amazon, Google, Microsoft, Facebook, Tencent or Alibaba — being a major player in the "platform economy" has increasingly become a common denominator among the most valuable companies in the world.

The example of how a platform business model transformed Apple, the first trillion-dollar company and currently the world's most valuable, was highlighted by the first speaker. 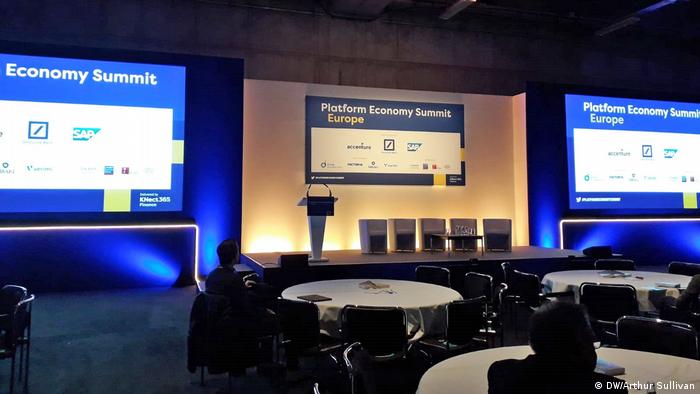 Focused almost exclusively on physical products until the late 2000s, Apple's move into platform services, following the development of the iPhone and the massive tech ecosystem which quickly developed around it, transformed its business model by astronomical proportions.

Yet, as enthusiastic as the various speakers were about the power of the platform economy, there was little doubt from most of them as to Europe and Germany's place in the current pecking order — way behind the USA and China.

Germany is often singled out for being a digital laggard. But Altmaier's belief in the power of platform economics was clear. Illustrating the point, he said that one day he believed there would be one, catch-all mobility platform: "one app that handles your entire mobility, from your bicycle, to getting the bus, to renting a car to booking an international flight."

If this seemed fanciful, the presentations of various speakers which followed made it seem less so, particularly those representing the Chinese companies Alibaba and Ping An and their labyrinthine, hugely profitable platform-based portfolios.

The lack of European success stories were notable by their absence.

Yet there are European companies which have caught on earlier than others. The German high-tech manufacturer Trumpf is a world leader in various machine tools, particularly laser technology. The 95-year-old firm is emblematic of Germany's so-called mittelstand business culture, even if its €2.8 billion annual revenue stream suggests the title no longer applies. 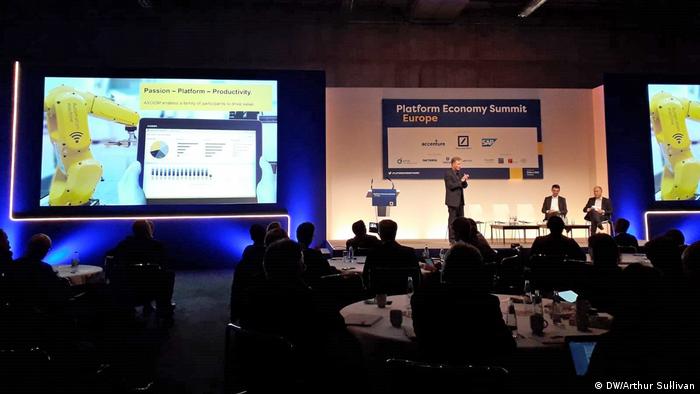 The company is unusual in that in early 2015, it launched its own digital platform called Axoom, a browser-based platform that digitizes companies' inventories and logistics, allowing users to achieve higher levels of efficiency by for example, tracking when they need to buy new materials or to see how often certain machines are being used.

"The vision was to create a startup owned by Trumpf but operating independently of the market, with its own servers, and with the ambition to create a business that is not just for Trumpf but also for the wider marketplace," Tom Tischner, CEO of Axoom, told DW.

The platform hosts not just Trumpf products but those of rival manufacturers, "a true ecosystem," according to Tischner. He argues that this kind of disruption to the manufacturer's traditional business model is crucial for its transition into the so-called Industry 4.0 era.

"The task at hand is to migrate a primarily hardware-based revenue model and dominance in the market into a hardware-enabled software business. That's the transition," he said.

Time to speed up

European companies have become increasingly aware of the need to make such bold moves, even if they don't quite know how to do it. Factor10 is a "corporate company builder" which helps large, established companies set-up digital platform offshoots.

One of their most successful projects to date was to help the German energy company Vattenfall create a digital platform for the management of solar panels and solar parks around the world.

Co-founder and CEO Felix Stäritz believes Europe has a lot of catching up to do when it comes to moving towards digital platform business models, although he is hopeful that things are changing. 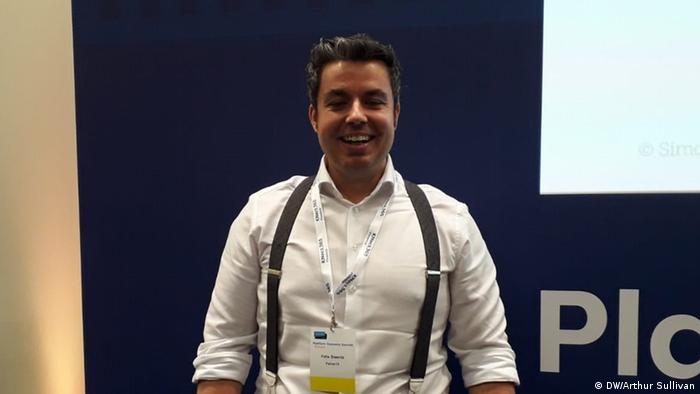 Felix Stäritz from the company Factor 10

"In Europe, we have some significant problems. The biggest one is mindset," he told DW. "That said, a company like ours would not have been possible 10 years ago. Many people and companies are starting to think about taking action, developing platforms, but at the moment, it's too slow.

"If you compare the speed and the progress with China and the US, we are just too slow. The mindset is changing, but action is not happening quickly enough."

Cherishing the physical and the digital

According to Altmaier, a major problem is the lack of venture capital in Europe. He highlights examples of companies such as Booking.com, which was founded in the Netherlands but which was bought by a US company once it was at the stage when it needed tens of millions of venture capital to reach its full potential.

Another common problem, not unique to Europe but nonetheless prevalent there, is the fear established companies, particularly those in high-tech hardware manufacturing, have of making such a dramatic transition to a new, digital business model.

"In Germany, too often these things are seen as risks, rather than challenges," said Phillip Ortwein, managing director of Instafreight, a digital freight forwarding company based in Berlin.

Yet it was also made clear that while German firms may cling to the hope that the country's capacity for building physical things will help them weather the Industry 4.0 winds of change, they may still be passed out in the longer term.

Altmaier recalled speaking at an event with a member of the Google board, and in an attempt to cheer up German students in the audience, he said: "So we are now living with the 'Internet of Things.' Frankly, you from Google have the internet, but we in Germany still have the things.

"The Google guy smiled," he recalled, "and said, 'yes that's true, Peter. But maybe one day soon, we will have the things as well."