China's largest e-commerce platform plans to take a major stake in one of the country's top food sellers, Sun Art Retail Group, as it's investing heavily in connecting its online and offline portfolio of businesses. 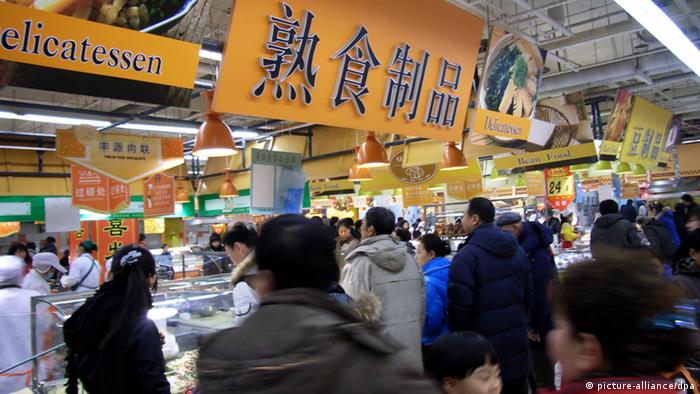 Sun Art is China's grocery store leader with about 8.2 percent of the market, according to data from Kantar Worldpanel. It owns 446 hypermarkets that sell everything from groceries to clothes, and also operates scores of smaller stores. Currently it is building a chain of unmanned stores.

Hangzhou-based Alibaba is pushing to unite its online and offline selling, executing the strategy well before US-based Amazon made its first major purchase of bricks-and-mortar grocer Whole Foods earlier this year.

"Alibaba is excited to join with our new partners to redefine traditional retail through digital transformation," CEO Daniel Zhang said in a statement.

As part of the deal, Auchan Retail will slightly raise its stake in Sun Art, too. Auchan CEO Wilhelm Hubner said the alliance would serve Chinese customers a "fully-integrated, world-class shopping experience."

The alliance would target opportunities in China's $500 billion food retail sector, as Alibaba races to build big-data capabilities in the offline retail market where roughly 85 percent of sales are made.

"Physical stores serve an indispensable role during the consumer journey, and should be enhanced through data-driven technology and personalized services in the digital economy," Zhang said.

Alibaba has invested upwards of $9.3 billion in brick-and-mortar stores since 2015. It has launched many un-staffed concept shops in the past year, including grocery and coffee stores.

The firm is taking more risks to secure offline, rural and overseas buyers as China's urban e-commerce market shows signs of saturating, including purchasing extensive infrastructure which it had previously avoided.

"They're getting into a territory that's not their core strength ... for example securing a property, the licenses to sell certain products, paying tax, more labor and so on," said Weiwen Han, managing partner for Greater China at Bain & Company. He added that Alibaba was "facing a lot of challenges" that they had never experienced before.