The EU's top court has found Germany guilty of failing to combat high levels of nitrate in groundwater. The ruling means that the European Commission has the option to propose fines against Germany. 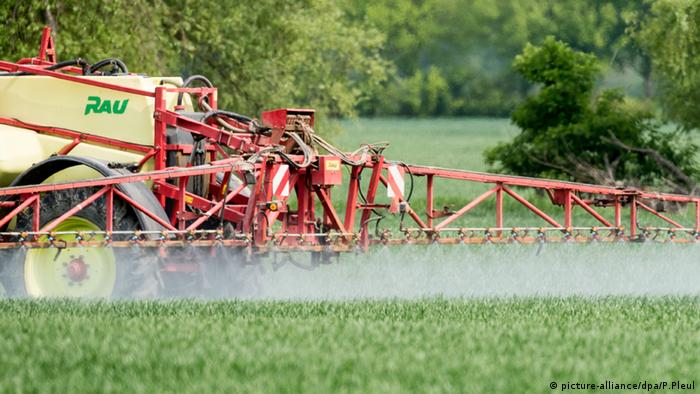 The European Court of Justice (ECJ) ruled on Thursday that the German government had not taken sufficient action to curb high nitrate levels in groundwater in accordance with EU-wide directives.

Nitrate pollution is caused by the overuse of fertilizers in agriculture. When too much is used, its residue can seep into groundwater and water systems.

High levels of nitrate and its component nitrogen in drinking water can be dangerous to the health. Nitrates can also damage rivers, streams, lakes and oceans by creating algae blooms and low oxygen levels in water, which threatens some aquatic species.

The European Commission sued Germany in 2016 over what it viewed as Berlin's yearslong foot-dragging in taking strong enough measures against nitrate pollution. In 2014, the Commission had cautioned Germany over the issue.

A 2016 German government report found that 28 percent of groundwater measuring stations registered nitrate levels above the EU-mandated threshold of 50 milligrams per liter.

That means Germany has the second-highest levels of nitrate in groundwater in the 28-member EU. Only the densely populated island nation of Malta has higher nitrate levels in groundwater.

A series of German government restrictions on the use of nitrates in agriculture was implemented in 2017.

These included nitrogen upper limits, longer wait times between fertilizing and a requirement for the application of fertilizers to be at greater distances to waters.

The German government argued in court that it had addressed the European Commission's concerns with new regulations, but the ECJ did not accept this argument and based its judgement on the previous 2012 fertilizer regulations.

As a result of the court ruling, the European Commission may fine Germany if the situation doesn't improve.

A plague of algae is washing up on beaches in Brittany. Experts say only a drastic cut in nitrate fertilizer use will get rid of it, but farmers are reluctant to ditch the chemicals. (22.08.2017)

COVID: Hungary fast-tracks Russian vaccine with EU approval in the works 27m ago