High nitrate levels have been detected at over one-quarter of measuring spots in Germany, with the government pointing a finger at farmers in a new report. Authorities plan to push against the overuse of fertilizers. 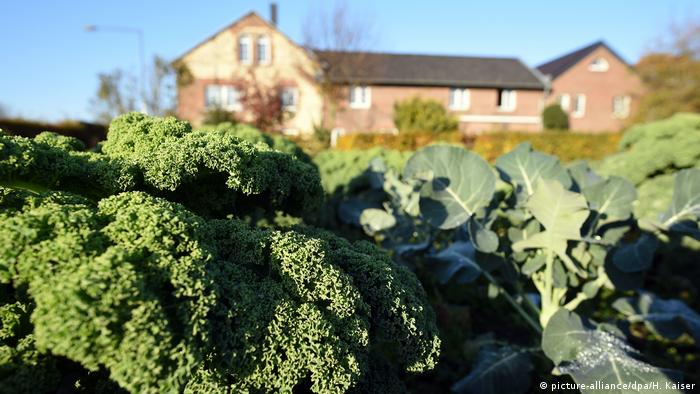 After months of threats, the EU is suing Berlin over its failure to clean up nitrate in the country's groundwater. Despite EU regulations, in some parts of Germany the pollution has become even worse in recent years. (07.11.2016)

Groundwater in up to one third of Germany contains nitrate levels of over 50 milligrams per liter. Politicians across the spectrum have pointed the finger at farmers and called for stricter regulations on fertilizers. (16.09.2016)

Phosphorus and nitrate seep into the groundwater after they are used in fertilizers, with nitrate exceeding the legal limit at 28 percent of almost 700 measuring points across Germany, according to German media reports on Tuesday.

German authorities also found that phosphorus was above the line at 65 percent of all points set up at rivers and lakes, while also affecting algae in the North and the Baltic Seas.

According to the new report, cited by the German daily Neue Osnabrücker Zeitung on Tuesday, Germany has shown no progress in combating the issue since last year.

"We are paying an ever-rising cost for more intensive farming," Environment Minister Barbara Hendricks told the paper. Although there was no evidence that the overuse of fertilizers impaired the drinking water supply, this scenario remains a possibility, according to the environment minister.

"It is in our interest to push back harder against it, and this will happen only with tougher legislation on fertilizers."

In November 2016, the EU commission sued Germany for not observing the EU regulations on nitrate levels. Berlin needs to provide a satisfactory response in January or face high fines.

Germany prepared an amendment to farming regulations last year, but the new rules have yet to go into effect.