Groundwater in up to one third of Germany contains nitrate levels of over 50 milligrams per liter. Politicians across the spectrum have pointed the finger at farmers and called for stricter regulations on fertilizers. 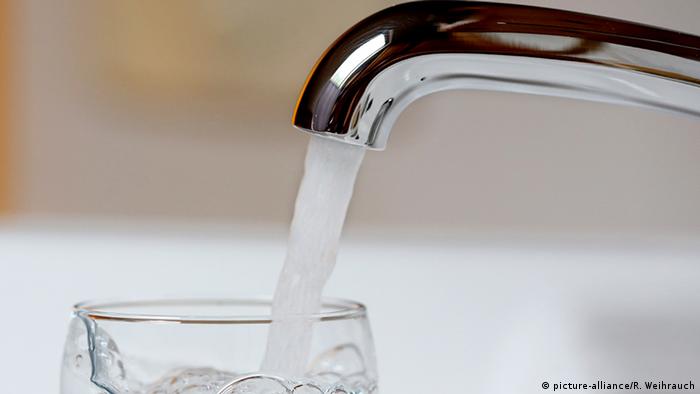 The European Commission has lost patience with Germany over the high concentration of nitrate fertilizer in its ground water. Taxpayers could now end up paying hundreds of millions of euros in fines. (29.04.2016)

Many areas measured nitrate levels of over the legal limit of 50 milligrams per liter in the groundwater. According to a report released by the Federal Ministry for the Environment, almost one third of Germany's surface area is affected. The worst affected states are North Rhine-Westphalia, Schleswig-Holstein and Lower Saxony, where 40 percent, 50 percent and 60 percent of land, respectively, is affected.

According to the ministry, the agricultural sector is the main reason for the high nitrate levels, specifically intensive livestock farming and the excessive use of fertilizer. The Green Party representative and chairman of the parliamentary environmental commission, Bärbel Höhn, called for a "reboot in the agricultural sector."

"Large-scale livestock farming is ruining our groundwater," Höhn said. "There are too many animals and the price of meat has plummeted. This is the price we have to pay for cheap schnitzels."

Green Party agricultural ministers in North Rhine-Westphalia and Lower Saxony had pressured Berlin for months to put new rules in place governing the use of fertilizer. They described the parliament's lackluster controls as a failure. "In light of these momentous problems, I am stunned that the parliament has not done anything about it," said Höhn.

Environmental Minister Barbara Hendricks said the agricultural sector needs to take a bold new direction and called for new regulations on the use of fertilizers.

Hendricks' ministry had already made such proposals, which aim to limit when and how much fertilizer farmers can use on their fields. The minister for food and agriculture, Christian Schmidt, echoed these remarks.

"The agricultural sector has the power to effect positive change," he said. "That's why we have strived to introduce new regulations for fertilizers for some time."

Amendments to the current law, however, remain lacking and are not scheduled for review until the beginning of 2017, according to the Environment Ministry.

Clean water is a thing of the past

The German Farmers' Association, the country's professional representation for agriculture and forestry, has criticized the proposed regulations. Responding to questions posed by the German public broadcasters NDR and WDR, the group said groundwater nitrate levels have improved notably since 2012.

The association also said regulating fertilizers would be problematic, as it would incorporate many detailed provisions that are too rigid and impractical.

The European Union is aiming to file a claim in the European Court of Justice against Germany for failing to abide by directives regarding nitrate levels in groundwater.

While the nitrate itself is not poisonous, the human body can transform it into the much more damaging chemical nitrite, which blocks the flow of oxygen in the blood. By then transforming into nitrosamine, it is also believed to indirectly cause cancer.

Infants are particularly prone to nitrite poisoning, which is why the EU introduced an upper limit for nitrate levels in water in the mid-1990s.