After months of threats, the EU is suing Berlin over its failure to clean up nitrate in the country's groundwater. Despite EU regulations, in some parts of Germany the pollution has become even worse in recent years. 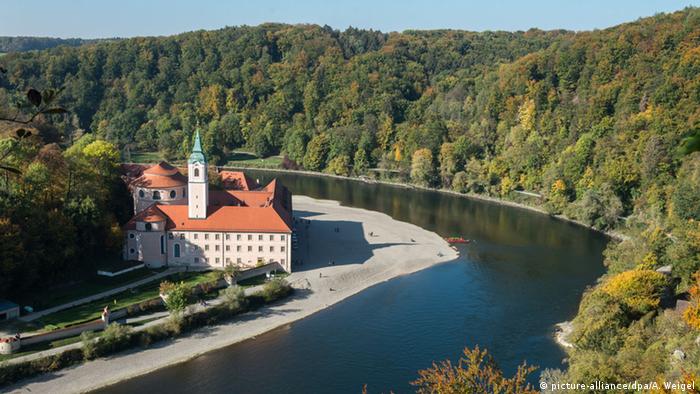 Groundwater in up to one third of Germany contains nitrate levels of over 50 milligrams per liter. Politicians across the spectrum have pointed the finger at farmers and called for stricter regulations on fertilizers. (16.09.2016)

The European Commission has lost patience with Germany over the high concentration of nitrate fertilizer in its ground water. Taxpayers could now end up paying hundreds of millions of euros in fines. (29.04.2016)

Germany was under fire from the European Union on Monday over environmental negligence. Berlin is being sued by Brussels for its failure to clean up high levels of nitrate in the water table, according to a report by public broadcaster WDR.

The EU commission has filed a suit already prepared in April to make Germany pay upwards of six figures a day for its dereliction of bloc environmental standards. The chemical, used in many fertilizers, is toxic in high doses to both animals and plants. Some studies have found indirect links between prolonged exposure to nitrosamine compounds and certain cancers.

Despite being obligated to address the issue by 2012, both federal and state governments in Germany have failed to reduce nitrate levels in the groundwater. Indeed, in some regions the levels of nitrate are even higher than they were four years ago.

In Berlin, the Greens party has repeatedly criticized the government for importing fertilizers with dangerously high levels of nitrate. In October, Green lawmaker Bärbel Höhn accused Chancellor Angela Merkel's administration of having "their heads in the sand" and that they were "uninterested in a solution to the problem."

The EU's Nitrate Directive regulating the presence of the chemical in groundwater dates back to 1991. It calls for increased measures to prevent farmers from using high-level nitrate fertilizers, and obliges governments to monitor and make regular reports on its water quality. Brussels has already brought up France on similar charges, with Paris looking at a fine of 3 billion euros ($3.3 billion).