As Cuba's economic crisis becomes untenable, the government is struggling to provide for the population and to quell the growing unrest amid the COVID pandemic. 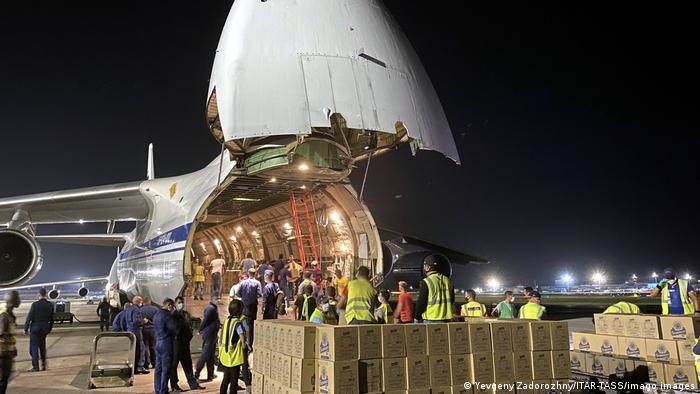 Though Cuba has been undergoing an economic crisis for years, the situation has worsened considerably in the past few months. A monetary reform to put an end to the country's dual currency system at the beginning of the year — plus the COVID-19 pandemic and the subsequent fall of tourism — have combined to create conditions that are increasingly untenable, says Cuba expert and deputy director of the German Institute for International and Security Affairs (SWP) Günther Maihold. "The coronavirus crisis was the last straw for the people who could no longer cope and that's what triggered mass protests mid-July." 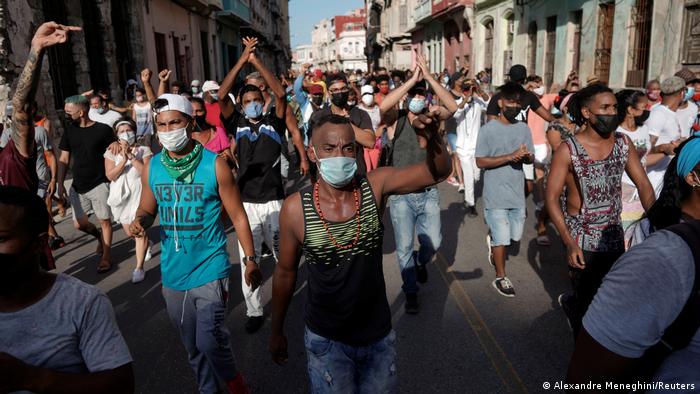 For now, the communist government seems to have brought the protests under control, by arresting participants, beefing up security on the streets and restricting access to the internet. But the crisis remains and the Caribbean island state recently requested aid from other countries as well as from the Catholic charity Caritas International, which the regime tends to tolerate more than value. However, it is one of the few independent organizations in the country with nationwide connections.

"Cuba is actually very proud of the achievements in the health sector," explained Kilian Linder, Caritas project officer in Cuba. "There are more doctors per inhabitant than in Germany and Cuba has often provided medical care in emergency situations." For the government to eat humble pie and ask for help, he said, showed how drastic it thought the situation was.

Supplies by ship and plane

Caritas is currently doing all it can to fly personal protective equipment (PPE), face masks, ventilators, testing kits and medicine to Cuba as fast as possible. Russia has also sent 88 tons of humanitarian aid, including food, and China has provided 30 ventilators and plans to send more equipment.

Last week, Venezuela sent food by ship. Mexico also sent a military ship with food and oxygen that was welcomed by a media frenzy as it arrived in the port of Havana. Two more are expected to follow. "We will always be grateful for people and governments such as Mexico who try to export to Cuba the friendship and brotherhood that unite us. And not war and violence," said Minister of Foreign Trade and Investment Rodrigo Malmierca, taking a dig at the US.

After the clampdown on the protests, Washington announced new sanctions on Cuba, adding chief of police Oscar Callejas Valcarce and his deputy Eddy Siera to its blacklist. "There will be more, unless there's some drastic change in Cuba, which I don't anticipate," warned US President Joe Biden.

When Biden took office, many observers assumed that he would return to the foreign policy conducted during Barack Obama's presidency, when US-Cuban relations began to normalize.

However, it seems that he is set on continuing the course set by his predecessor Donald Trump, who slapped tough sanctions on Cuba and put an end to Obama's more relaxed policy.

Maihold from SWF said Biden's approach was rooted in domestic policy: "He does not want to open an additional front against Trump voters and against the Cuban exile community in Florida, which represents an important group of voters in the US."

The Cuban government itself has also dashed hopes at home that there might be a more open style of politics after the Castro era. Former President Raul Castro, who already handed over the presidency to Miguel Diaz-Canel in 2018, announced in April this year that he was passing on the leadership of the Cuban Communist Party to the next generation.

For Maihold, the regime is now in a "grey zone between a repressive approach and the attempt to respond to the needs of the population, at least in part, by lifting restrictions on goods that people coming into the country can bring in for example. They will be able to bring suitcases of food and medicine into the country until December." He said that these measures, as well as the free distribution of aid on the streets of Cuba, were an attempt to "put the protests in check." However, he doubted that this would be successful.

The mainly young demonstrators, he explained, had been "bombarded with the Castros and the myth of revolution at school — but their own experiences had nothing to do with this. They expect real change in the circumstances that they live in." Short-term provision of aid would do nothing to change these, he said, pointing out that the everyday life for most Cubans was shaped by shortages of food and medicine, particularly now during the coronavirus pandemic, as well as regular power outages. 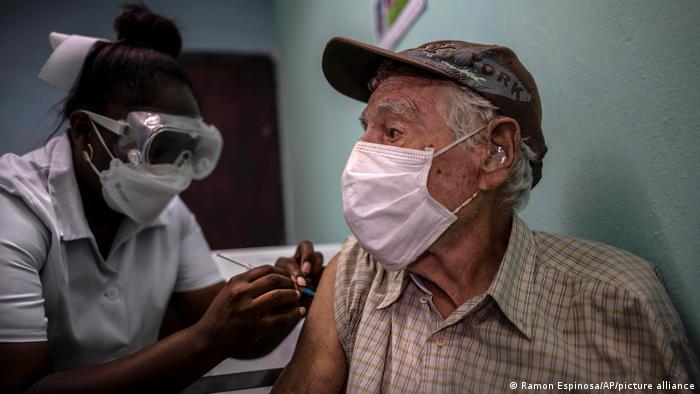 Caritas' Kilian Linder said much would depend on the outcome of the inoculation campaign. Even though Cuba has developed vaccines of its own — including the three-shot Abdala and Soberana — and managed to keep the number of COVID-19 cases low for a long time, the numbers have increased drastically since the end of July. The seven-day average has also risen to over 500. Less than a quarter of the population is fully vaccinated.

"The question is how good production and vaccination will be over the next few months, considering the shortages," said Linder. "The situation will be critical if Cuba is not able to curb the virus by the end of the year."

The demonstrators are angered by long food lines and the shortage of medicine during the coronavirus pandemic.

Cuba's health authorities said this week the domestically produced Abdala vaccine has proven to be 92% effective against the coronavirus in clinical trials. DW takes a closer look.