COVID: Cuba approves emergency use of own Abdala vaccine

Communist Cuba has become the first Latin American country to come up with a successful coronavirus vaccine. 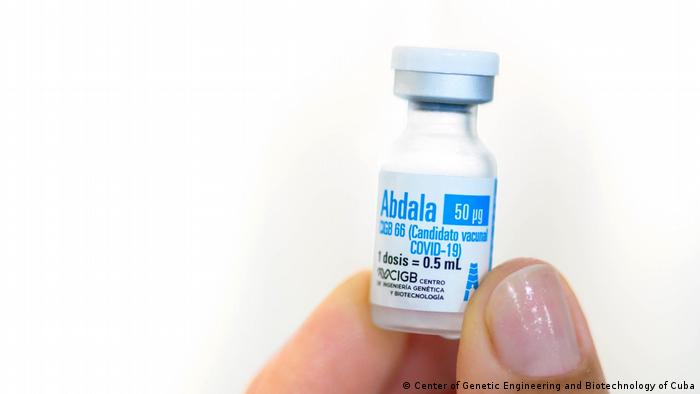 Cuba on Friday approved its homemade Abdala coronavirus vaccine for emergency use.

The communist country is the first country in Latin America and the Caribbean to successfully develop a coronavirus vaccine.

The Cuban health regulator, CECMED, approved the shot after the manufacturers announced last month that their vaccine was more than 92% effective against COVID-19 infections when three doses were given.

What are the Cuban vaccines?

The Abdala vaccine is one of a total of five candidate vaccines in Cuba, according to authorities there. Another, the two-dose Soberana 2, is also expected to be soon authorized for emergency use by CECMED.

Both vaccines are then to be sent up for approval to the World Health Organization.

Abdala and Soberana 2 both employ a traditional approach by using a part of the virus’s spike protein to build up the immune reaction. Such vaccines do not require extremely low storage temperatures as mRNA vaccines generally do, making them easier to deploy. They are also cheaper to develop.

Cuba already produces 80% of vaccines used in the country and exports some of them.

Iran, Argentina, and Vietnam have expressed an interest in producing the Cuban vaccines. Jamaica and Mexico are two of the countries that plan to probably purchase them.

What is the pandemic situation in Cuba?

Cases of COVID-19 in Cuba have jumped to a new record high amid a surge driven by both the beta and delta variants.

On Friday, it registered 6,422 cases, nearly double the number the day before.

However, mortality has remained relatively low, with a death toll below 1,500.

About 1.5 million of the country's 11.2 million residents have been fully vaccinated to date. Cuba began vaccinating with both Abdala and Soberana 2 back in May while the two vaccines were still undergoing clinical trials.