Michelle Bachelet, the UN's top human rights official, urged Havana to free those who had been detained during anti-government demonstrations. Cuba initially blamed the protests on social media and the United States. 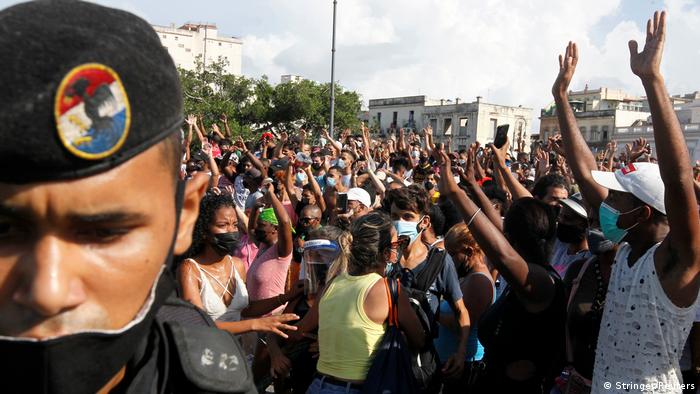 The UN's human rights chief Michelle Bachelet urged Cuba on Friday to release protesters and journalists arrested at anti-government demonstrations. She said she was also concerned by allegations of excessive use of force by the country's security services.

Thousands took to the streets on Sunday to protest over food and medicine shortages, price increases and the government's handling of COVID-19 in the biggest show of dissent against the Communist island's rulers in decades.

Bachelet, a former president of Chile, demanded that Cuba "address the protesters' grievances through dialogue." 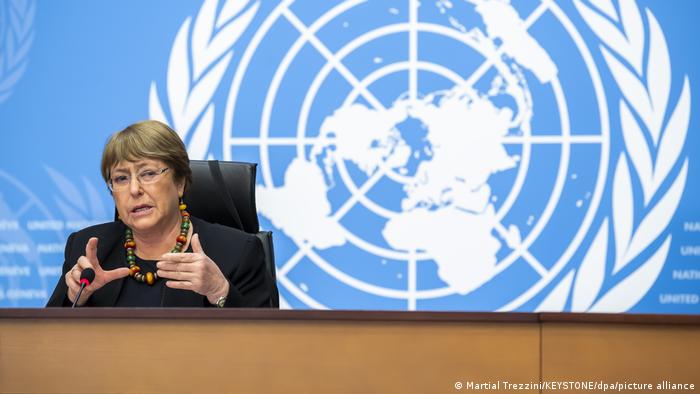 Bachelet urged Cuba to release those protesters who had been detained

She said Havana must "respect and fully protect the rights of all individuals to peaceful assembly and to freedom of opinion and expression."

"I am very concerned at the alleged use of excessive force against demonstrators in Cuba and the arrest of a large number of people, including several journalists," she said in a statement.

Bachelet said that the UN was concerned that a number of those detained were being held incommunicado and whose whereabouts are unknown.

"All those detained for exercising their rights must be promptly released," the senior UN official added.

She also demanded "an independent, transparent, effective investigation" into the death of one 36-year-old man involved in the protests. 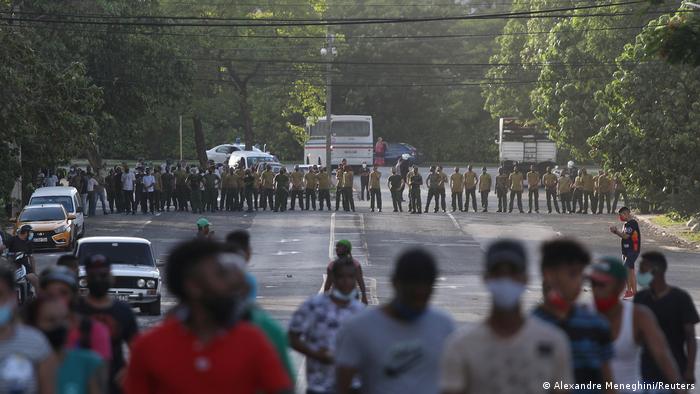 Bachelet said she was concerned about the alleged use of excessive force by Cuban security officials.

How has Cuba's government reacted to the protests?

But President Miguel Diaz-Canel on Wednesday admitted mistakes had been made.

"We have to gain experience from the disturbances," he said. "We also have to carry out a critical analysis of our problems in order to act and overcome, and avoid their repetition." 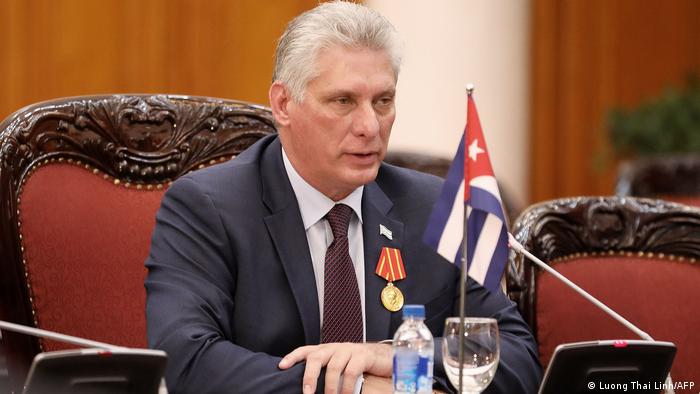 The Cuban president struck a more conciliatory tone on Wednesday

Shortly before the president's remarks, Prime Minister Manuel Marrero announced that Cuba would scrap import duties on a range of food and medicinal products.

US sanctions and the decimation of its key tourism sector during the pandemic have hit the country's economy hard.

A worse-than-expected sugar crop, one of Cuba's main exports, means its foreign currency reserves are depleted, making it impossible to make up for shortages of goods by buying from abroad.