Cuban President Miguel Diaz-Canel took some blame for the protests and the government announced easing customs measures after demonstrations rocked the country. 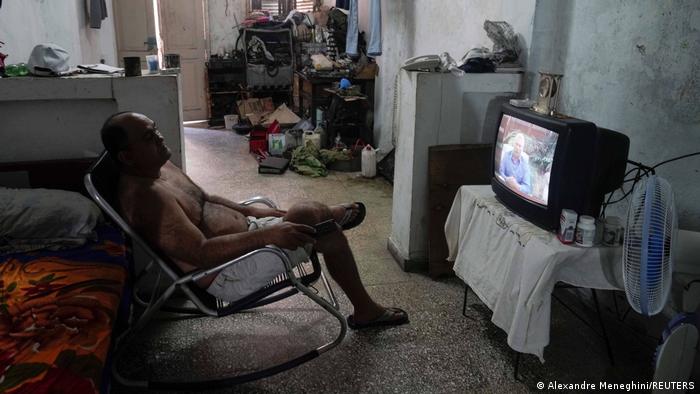 President Miguel Diaz-Canel addressed the nation in a televised speech

The Cuban government on Wednesday has shown signs of concession to the unprecedented protests.

Cubans had taken to the streets to demonstrate against economic hardship marked by shortages of food, electricity and other essentials.

The government had only blamed social media and the United States for inciting the protests. But President Miguel Diaz-Canel admitted on Wednesday that failings by his government played a role in the unrest.

Shortly before the president spoke on television, Cuban Prime Minister Manuel Marrero announced relaxing some customs measures and made new promises to protesters.

What did Diaz-Canel say?

While the Cuban president reiterated his accusations against the United States, he also offered some self-criticism for the first time.

"We have to gain experience from the riots," he said. "We also have to carry out a critical analysis of our problems in order to act and overcome, and avoid their repetition.

"Our society is not a society that generates hatred and those people acted with hatred," Diaz-Canel said, calling for "peace, harmony among Cubans and respect."

Diaz-Canel added that Cubans must "overcome our disagreements between all of us. What we have to promote, even though we have different points of view on certain issues, is between all of us to try to find solutions." 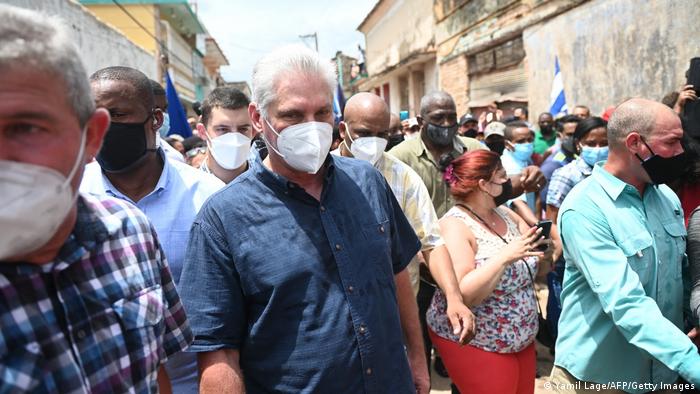 What measures did Cuba announce?

Cuban citizens who go on foreign trips can bring home toiletries, food and medicine — some of the hardest products to find in Cuba — without paying customs, Marrero said.

Under Cuban law, travelers arriving here can bring up to 10 kilograms (22 pounds) of medicine tax-free. They can also bring in limited amounts of food and personal hygiene gear but must pay customs duties.

But starting Monday and until the end of 2021, the limits and duties are lifted, Marrero said.

The prime minister also said the government was working on improving the national electricity system.

Officials will also seek to improve the supply of medicines, Marrero said.

Meanwhile, Economy Minister Alejandro Gil announced that the government would institute long-promised rules for business owners to set up small- and medium-sized enterprises.

What is the situation in Cuba?

On Sunday, anti-government protests erupted over shortages of food and medicine and electricity outages.

Some protesters demanded a faster pace of the COVID vaccination rollout, and some called for political change in Cuba, where the Communist Party has ruled for six decades.

Local rights groups said more than 5,000 people, including 120 activists and journalists, have been arrested, according to reports compiled by online news site 14ymedio.

The COVID-19 pandemic, inefficiencies in the state-run economy and the tightening of US sanctions on the island have pushed Cuba into its worst crisis in years.