Cuban government opens up economy | News and current affairs from Germany and around the world | DW | 07.02.2021 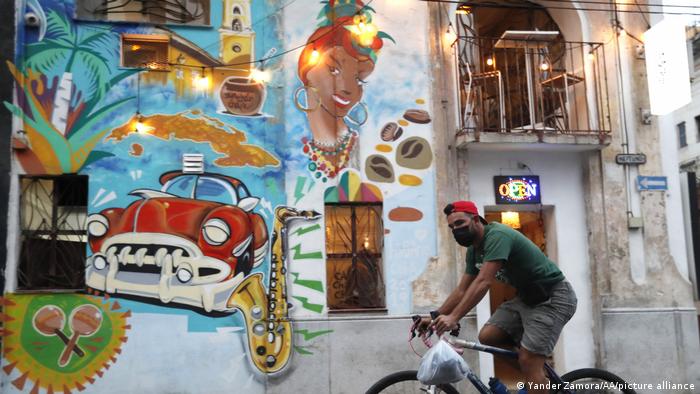 The Cuban government said on Saturday that it would allow private businesses to operate in most sectors of the country, in the biggest reform to its state-controlled economy for years.

The measure, which was unveiled last August by Labor Minister Marta Elena Feito, was approved by the Council of Ministers, according to the daily Granma, the official newspaper of the ruling Communist Party.

Private activity was previously limited to a list of sectors set by the state. The list of authorized industries has now been expanded from 127 to more than 2,000.

Cuban government officials told the AFP news agency the state would focus on industries considered strategic such as media, health and defense.

Reform-minded Cuban economists have long called for the role of small business to be expanded to help jump-start the economy and to create jobs.

The economy has stagnated for years and contracted by 11% last year, due to a combination of the coronavirus pandemic that devastated tourism and tough U.S. sanctions.

President Miguel Diaz-Canel said last year that the country faced an international and local crisis and would implement a series of reforms to increase exports, cut imports and stimulate domestic demand. Cubans have been dealing with a scarcity of basic goods and endless lines to obtain them.

Some 60 years of hostility between the US and Cuba were eased in 2015 when then US President Obama and Cuban leader Raul Castro agreed to normalize relations.

The move allowed US citizens to visit the island and empowering local businesses.

The European Union is working on an "emergency intervention" to halt disparities in the electricity market as soaring prices reveal cracks in the system.